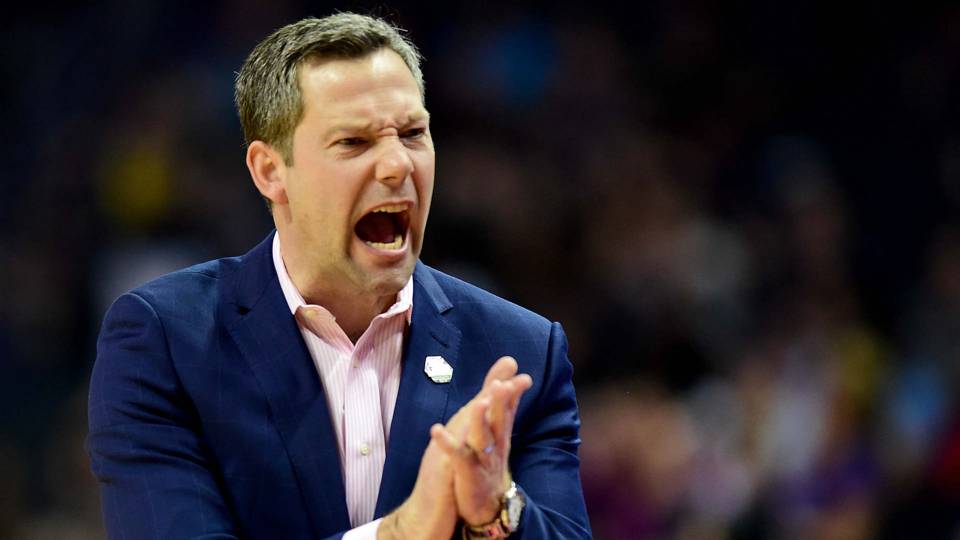 In case you haven’t been watching basketball for the past year, or were in a hole last March, UMBC became the first 16 seed to ever knock off a 1 seed, doing it in fashion over Virginia.  The Retrievers then came close to taking down Kansas State in the Round of 32.  The Wildcats ended up making a pretty far run of their own, ultimately getting upset in the Elite 8 by tournament ‘Cinderella’, Loyola (Chicago).
What made the UMBC upset so special was how hard they played – and how much better they looked than the number one overall 1-seed in Virginia.  The Cavaliers seemed like a surefire Title Contender, and most people thought that the only teams that could potentially knock them off before the Final Four were Tennessee, Kentucky, or MAYBE Arizona.  Adding insult to injury in that region, the UK was the only one of that trio to even make it to the Sweet 16.
Nope, UMBC didn’t back down.  By the second half, it was clear that Jairus Lyles was the best player on the court, finishing with 28 points on just eleven shots.  Coach Odom’s crew knocked down 12 of 24 threes as well, making it tough for even Virginia to stop their downtown prowess.
Now, as the one year anniversary of the biggest upset in March Madness history approaches, we are left with one question: can UMBC do it again?
The Retrievers have locked up the 3-seed in the America East Conference Tournament, with Vermont and Stony Brook the likely 1-2 punch up top.  Last season, UMBC won it has a 2-seed over Vermont, so while not impossible, they may have a tougher road to March Madness this time.
Yep, America’s team is no longer Gonzaga.  Deep down in our hearts we all want to see if UMBC can pull off another upset for the ages.  One man who believes in their team his the Head Coach of the Retrievers, Ryan Odom.  I had the pleasure of chatting with Odom about his overall feelings for UMBC:
ME: Coach, with the season winding down, you guys are right in the thick of things in the America East yet again.  How do you prepare your guys for the final stretch?
COACH ODOM: “The biggest thing for us is fresh minds and fresh legs.  We’re in the stretch run, and we’ve got to make sure mentally that we’re focussed and ready for that.”
ME: Did your team complete any goals you had at the beginning of the season?  What goals do you still have?
COACH ODOM: “Certainly every year one of our initial goals is to have a winning season.  For us, we want to be able to compete for a Championship.  As of right now we’re in the mix.  There’s a lot of teams playing good basketball in our conference right now, so it’s going to be tough down the stretch”.
ME: What’s the biggest challenge in terms of motivating your players to keep wanting success, after last season’s victory over Virginia?
COACH ODOM: “Yeah, we’ve got a new group.  We don’t have a lot of the same players from last year’s experience and championship team.  I think there is a natural hunger there for this team to do it on their own and on their terms.  Certainly we have a daunting task in this conference, but if anything, if you win like that, it should motivate you to want to do it again.  The challenge is, it gets harder.”
ME: Can you just talk about what that NCAA Tournament meant to you and UMBC as a whole?
COACH ODOM: “Certainly to be part of a team that was able to bring so much joy to our University and our community here in Baltimore was really special.  For our seniors who work so hard, to turn this program around and get it going in the right direction.  To be able to win a championship and have that type of success in the NCAA Tournament and see them smile was really rewarding for our staff for sure.
“To see our University as a whole shine across the country, and for others to see all the neat things going on here at UMBC was really special”.
ME: What do you tell your players when adversity strikes?  Would you say that how they handle it is the difference between a good team and a great team?
COACH ODOM: “Certainly it’s a factor.  It happens within games, it happens outside of games in practice.  It’s not a matter of ‘if’, it’s a matter of ‘when’.  Every team goes through it, and how you handle it and get to the next play is really important”.
“We encourage our guys to always be present and get to the next play.  Mental toughness can be the difference between winning and losing”.
ME: Finally, what advice can you give to young adults with dreams of becoming a Division One Basketball Coach?
COACH ODOM: “Just keeping your dreams.  Continue to get to know folks and don’t be afraid to get yourself out there and get to know coaches.  Growing up I was fortunate to grow up in a coaches family.  Not everyone has that opportunity, and for those that don’t, connecting with people, meeting folks, and staying in touch is the best way to get involved.”
“When you do get a shot to get involved with a program, treat that job like it’s the last one you’ll ever have, and people will take notice”.