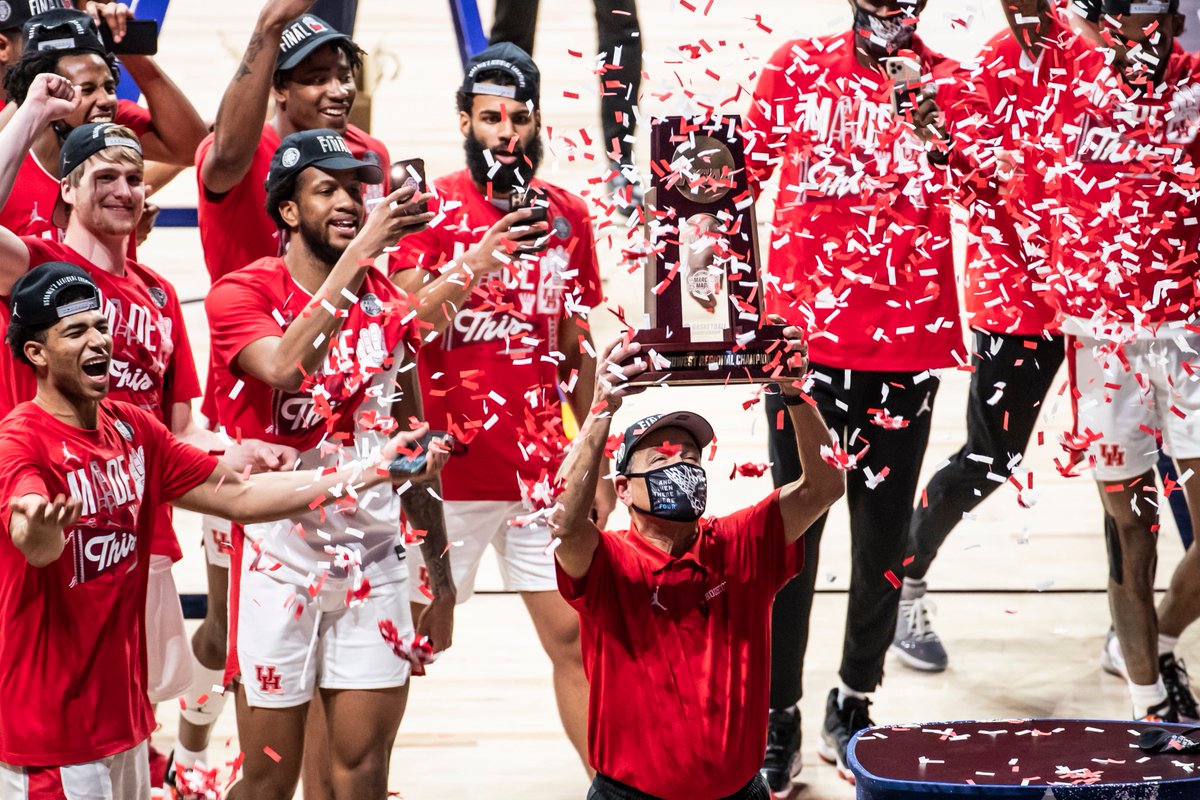 Houston basketball closed out Oregon State for its first Final Four appearance since 1984.

In a game dominated by Houston basketball’s defense, there were moments of weakness from Coach Kelvin Sampson’s crew. The Cougars were able to suffocate Oregon State basketball for most of the game. The team’s defense is something that cannot be overlooked. The most impressive part of this game was the few amounts of fouls given out by Houston basketball. I

Meanwhile, Oregon State basketball received a huge help up from a player off-the-bench in Maurice Calloo. With Warith Alatishe dealing with foul trouble throughout the game, Calloo led the team in scoring in the fewest minutes with 13 points and five rebounds. The only other double-digit scorer was Ethan Thompson, who added 11 points, seven rebounds, and six assists.

Even though Oregon State shot the ball well, shooting 46.8% from the field and 37.5% from the 3-point line. Houston basketball’s tenacity on the offensive boards was too much to be overcome by the Beavers.

Saw Dejon Jarreau at a Houston practice after transferring from UMass. Looked like a next level prospect. Has lived up to the billing. What a complete basketball player. Pro.

One of the best ways to beat Houston basketball is to box out on both ends of the floor. Limiting the Cougar’s second-chance points, this team doesn’t shot the ball above average but allows itself to score more. The ability to get the easy points underneath by Cougar players cutting to the basket or the big men being there for the putback makes it very tough for teams to cause Houston basketball to have empty possessions.

The hunger from the Cougars for the ball is something that Coach Sampson has instilled in his players. This team will continue to be tough as this team is gritty, and while it doesn’t shoot lights out, the multiple chances are a huge part of their game. For Baylor basketball to win, the team will need to box out this Houston basketball team. Baylor is not known for being that team, so it will be interesting to see this matchup in the Final Four.

Coach Sampson has instilled in his players to limit mistakes, and turnovers are huge. The close games for Houston basketball have been due to turnovers. As we saw, the team had double-digit turnovers against Rutgers. Suppose a team can prevent the transition bucket and can turnover the Cougars the better their chances. Looking forward to the matchup, this is an area in that Baylor is very strong.

Baylor does not turn the ball over much, especially during this NCAA Tournament. Baylor has only turned the ball over double digits once, and it was their first matchup against Hartford where they had exactly 10 turnovers. Baylor will be a tough matchup as they are very offensive and have the ability to score the ball. Houston basketball will have to step up their defense, and Baylor will need to sink their free-throws for a shot at a championship.

Houston basketball until this game has been in foul trouble every game. The active hands, on-ball defense, and help defense often cause a lot of fouls. Being aggressive against this Cougar team and getting to the foul line will be huge for Baylor. Oregon State could move the ball and get solid looks, and allowed for a high shooting percentage. Ball movement is a huge part of beating Houston basketball is quick, accurate ball movement for open looks.

While the Cougars are aggressive, teams need to take that in and drive it back to win. Baylor will need to drive into players and be active. Houston basketball is not known for allowing easy buckets without good ball movement. Cougar basketball has a lot of heart which is something that teams often overlook. Baylor will need not allow this because they, on paper, are the better team. If the team can get Sasser, Grimes, and Jarreau into any foul trouble will make it a lot easier on Baylor.

These final four matchups between Baylor basketball and Houston basketball will be played on Saturday, April 3, 2021, for a chance to playing in the championship game on Monday, April 5, 2021.

One thought on “Houston Basketball Advances to Final Four”