Ranking the Top College Basketball Coaches in the 2021 Elite 8 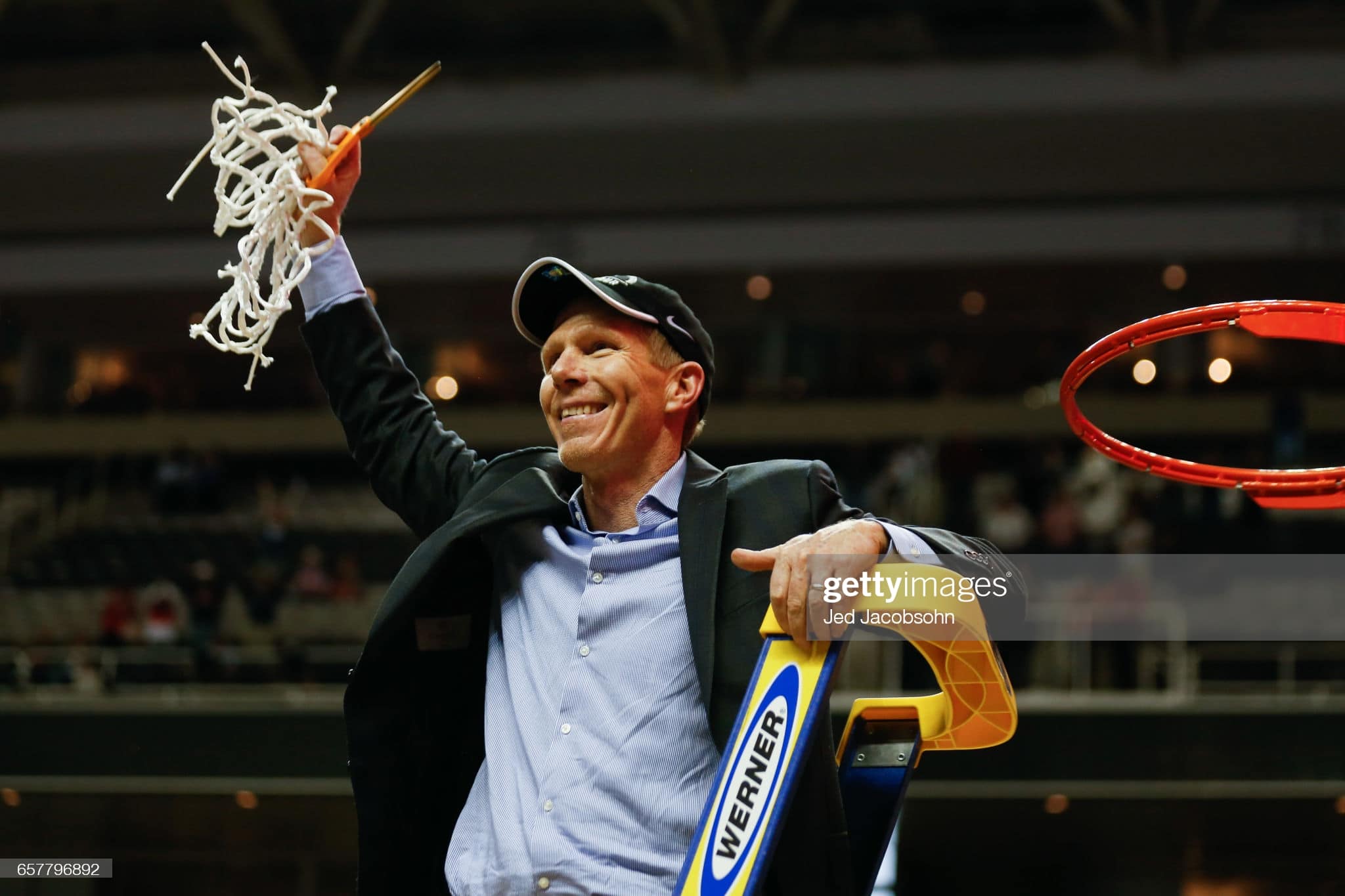 From Mark Few to Wayne Tinkle, we rank all eight coaches in the Elite 8.

And then there were 8. While there are some teams that no one could have predicted would still be standing, these eight teams have proven their worth, and a big reason for that is the coach. Gonzaga, Baylor, Michigan, Houston, Arkansas, USC, UCLA, and Oregon State have all been well-coached in the tournament, and these are the top college basketball coaches in the 2021 Elite 8.

Here’s a fun fact for you: Mark Few has the best win-loss percentage in college basketball history. What he has done at Gonzaga is pretty incredible, including this season leading the team to an undefeated season so far. He is also the only coach remaining who’s coached in a national championship game. Few is by far the best coach remaining and is a national championship away from a hall of fame spot.

Kelvin Sampson has been everywhere, starting at Montana Tech before working his way up to Houston. Besides Few, he is the only coach to make a Final 4, and his win percentage at Houston (.725%) is the best of all coaches besides Few at their current team.

Eric Musselman is an incredibly underrated coach. While it may seem like he’s been around for a while, this is only his sixth season coaching in college basketball, and he has made the tournament every year but once and has made the Sweet 16 or better in two of the five seasons. He has career and team win percentages over .710%, the only coach besides Few to do that, and has set up his future to be a Sweet 16 or farther coach every year.

Over the last two seasons, Scott Drew has shown that he is a top coach in the country, and in his career of 19 years, he has made the Elite 8 three times. If he had two more Elite 8 appearances or even a final 4, he would be ahead of Musselman. This year, that might happen, as the two coaches will play each other and Drew’s team looks like it can make the Final 4 or even the national championship. Drew’s win percentage isn’t as high as most coaches remaining, but he is the only one to make more than one Elite 8 remaining and that plays a huge part.

Now, the sample size for Juwan Howard is extremely small as this is his second season as a coach and first where there is an NCAA Tournament, but he has proved himself in that span. The coach of the year favorite has now made the Elite 8 in his first tournament appearance, an incredible feat, and has a 42-16 record in the last two seasons. There are coaches on this list with over 15 years of experience, but they have the same amount of Elite 8 appearances as Howard, and he’ll most definitely have a chance for a few more runs in the upcoming years.

Mick Cronin has been extremely successful as a coach wherever he goes, with a 405-192 all-time record and 40-21 in his short time at UCLA. While his win percentage and total wins are extremely impressive, this is only his first Elite 8 appearance in 18 years, which proves that his tournament success is questionable. With a job at a historic school now, there’s little to no doubt that he will be back soon, and the fact that he’s taken a team that was in the play-in to an Elite 8 is pretty incredible.

Enfield is most known for taking 15 seed Florida Gulf Coast to a Sweet 16 in 2012-2013, the first and only to do so until Oral Roberts this year. He’s done a good job at USC too, recruiting well and developing players. His biggest downfall is that like Cronin, this is his first Elite 8 and first time making the Sweet 16 or better since being hired by USC, and he has a sub .600 win percentage in his career and USC. Still, the fact that Enfield is the second worst coach remaining proves how talented the coaches left are.

Just as how Mark Few was by far the best coach, Wayne Tinkle is by far the worst. This is his first time in 15 years the coach making it to the Sweet 16 or better, and he is only 113-108 as the coach at Oregon State. Still, Tinkle deserves credit for taking this Oregon State team that was projected to finish last in the Pac 12 to an Elite 8, and has earned himself a few more years with the team.