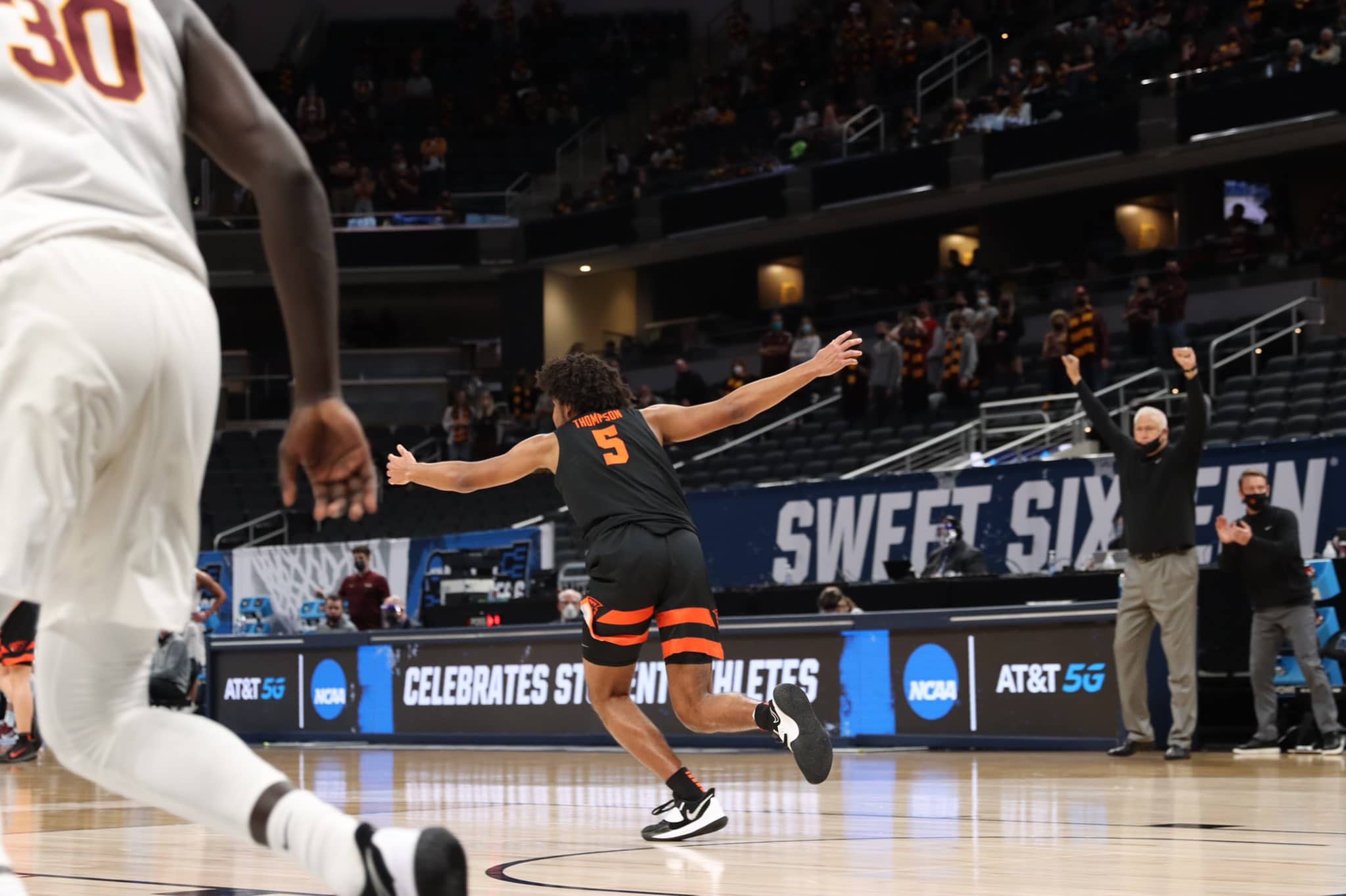 Not Oregon (yet). Not Oklahoma State. You heard it right. Oregon State basketball is headed to their first Elite Eight in almost forty years.

After a shocking upset of Illinois in the Round of 32, it was the expectation that Loyola would have little trouble against Oregon State. That was not at all the case.

We’ll get into exactly what the Beavers did to knock off Loyola, but the win signifies one of the greatest Cinderella runs in the history of the tournament, leaving Oregon State one win away from becoming the lowest seed to ever reach the Final Four.

Here are our three takeaways from a third-consecutive Beaver Beatdown.

1) Oregon State beat Loyola at their own game

The biggest reason why Loyola was able to defeat Illinois last week was because of the pressure posed by their defense.

In the first ten minutes of the game, it looked to be the same story, with Oregon State basketball struggling to get a single shot off before the shot clock expired.

However, in the last thirty minutes of the game, something changed. Oregon state switched their defense to a zone, preventing literally any of the Ramblers players from getting good shots off. Jared Lucas and Ethan Thompson caught fire again, and despite a late comeback attempt from Loyola, Oregon State controlled the majority of this game.

With an Elite Eight showdown against Houston looming, Oregon State will look to knock off their fourth-consecutive top-eight seed. If they bring the same defense and timely perimeter shooting, the impossible might just become possible.

2) Krutwig and Williamson done in Chicago?

With the NCAA granting an extra year of eligibility due to the worldwide pandemic, the biggest storyline of the offseason will be which players decide to exercise the extra year granted by the NCAA.

This applies certainly moreso to players with a small chance of playing in the NBA, such as Loyola’s star seniors, Cameron Krutwig and Lucas Williamson.

However, if this exchange at the end of their losing effort to Oregon State was an indication of anything, it is that the amazing, historic four-year run by two of the Ramblers’ greatest players in program history seems to be over.

In addition to the question marks surrounding Krutwig and Williamson’ status for next season, another major area of concern for Loyola is the status of their head coach, Porter Moser. With two of the biggest head coach openings, Texas and Indiana, in recent memory emerging, it will likely take yet another raise in salary for Loyola to retain their March Madness maestro.

Perhaps no high-profile team will see more upheaval than Loyola this offseason, but as fans and followers of the Ramblers, let’s hope that maybe Moser, Williamson, and Krutwig come back for one final run at a Championship.

I think we can all agree that despite their amazing run as a 12-seed, the Oregon State Beavers still have not garnered the attention that they deserve.

From being picked last in the Pac-12 preseason poll, to running the table and winning their conference tournament, to defeating Tennessee, Oklahoma State, and Loyola, Oregon State basketball has done it all.

The player that has most helped them get to the Elite Eight has been Ethan Thompson.

The senior guard has scored 20+ points in each of the Beavers’ last two games, dropping 22-4-4 on Saturday.

Against a stifling Houston defense, Oregon State will need to be firing on all cylinders as a squad. However, what makes Thompson so important is Houston’s ability to shut down the primary threat on opposing teams.

Look at what the Cougars did to Buddy Boeheim on Saturday. America’s favorite son was shut down for just one three-pointer after torching San Diego State and West Virginia during the first weekend.

If Thompson can do what Boeheim couldn’t, meaning that he actually performs to his expected level, the Beavers could see a much different result than Syracuse saw against Houston in the Sweet Sixteen.