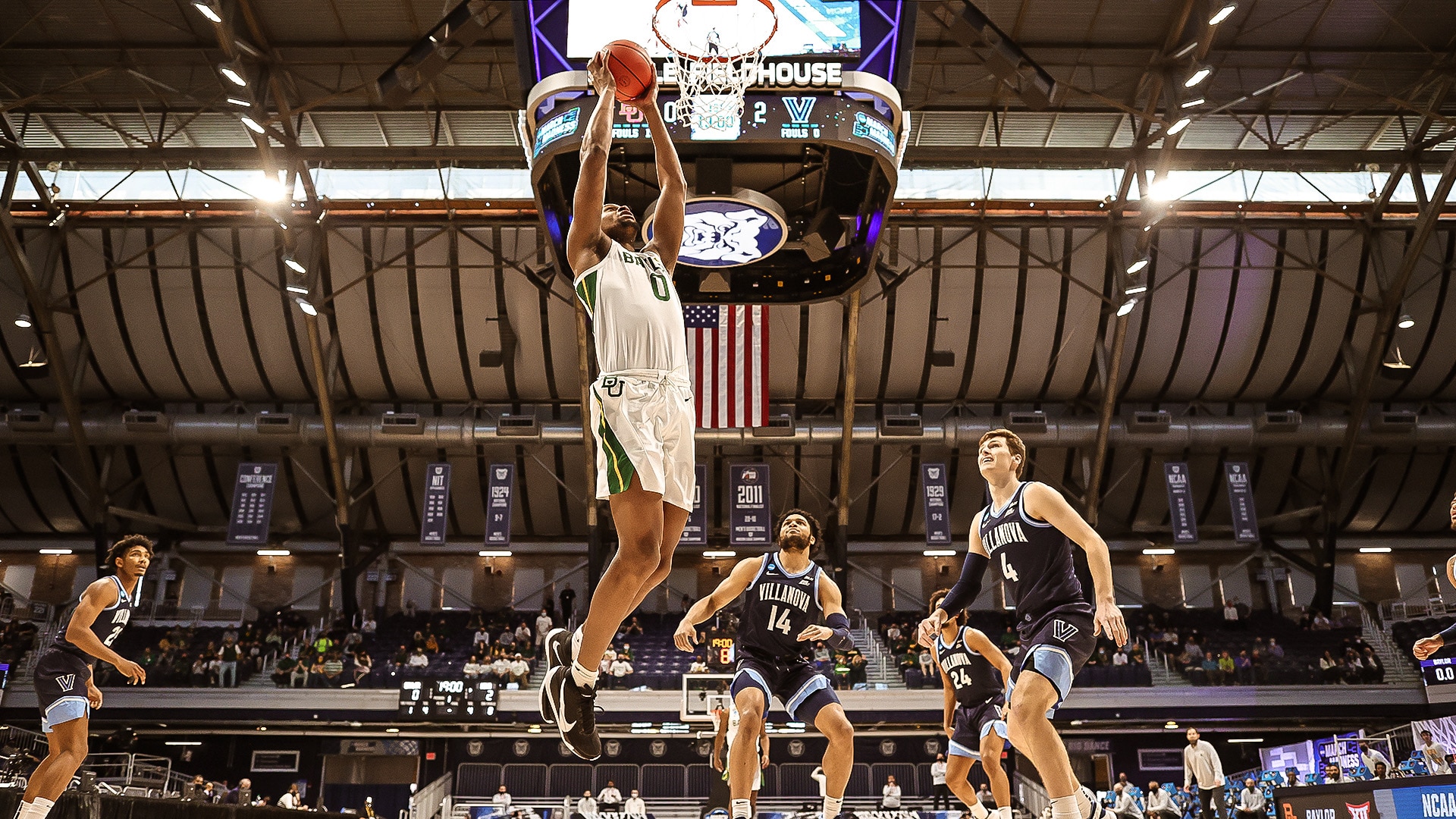 The last time Baylor basketball made the Final Four was 1950. That tournament consisted of only eight teams. Baylor ensured themselves of being one of the final eight teams left standing in this year’s tournament with a 62-51 come-from-behind win over the fifth-seed Villanova Wildcats.

Trailing 30-23 at halftime, Baylor used its trademark defense and depth to claw its way back into the game. Eventually, Baylor went on a 14-2 run to take control of the game. One of the Bear’s strengths all year has been its stingy defense. They lost that coming back from their Covid-19 pause, but have solidified that part of their game. That was evident today as they forced nine Villanova turnovers in the second half, and 16 for the game. They averaged only 8.8 for the season. Baylor’s defensive prowess led to a 22-4 edge in points off turnovers. Baylor also held the Wildcats to 21 second-half points.

Baylor entered this matchup as the nation’s best three-point shooting team, making them at a 41.5% clip. Today, they made just three of 19 shots from behind the arc. Villanova niftily switched defenses from man-to-man to zone and contested Baylor’s long-range shots. What made Baylor’s win more impressive is that their game-controlling 14-2 run didn’t see one basket from behind the three-point line. Davion Mitchell, Jared Butler, and Macio Teague combined to shoot 1-13 from deep. Adam Flagler made the other two three-pointers to lead Baylor with 16 points off the bench. Baylor did make its final six free-throw attempts to seal the win, although they were only 7-10 from the charity stripe for the contest. Baylor did make 23 of their 40 two-point field-goal attempts.

Jay Wright is as good a college coach as there is. Two national titles in the last four years will attest to that. His game plan worked to perfection early, however not having senior point guard Collin Gillespie finally caught up to the Wildcats. They managed only eight assists to their 16 turnovers. Villanova’s depth was also an issue as they only received six points from their bench. The 51 points called was their lowest total of the season.

Proud of my guys! Battled till the end and that’s all we can ask for! 👏🏻

Baylor improved to 25-2 on the season and will face the winner of Saturday’s Elite Eight game between Arkansas and Oral Roberts to try and return to the Final Four for the first time since 2012. Villanova ended its season with a 17-7 record.