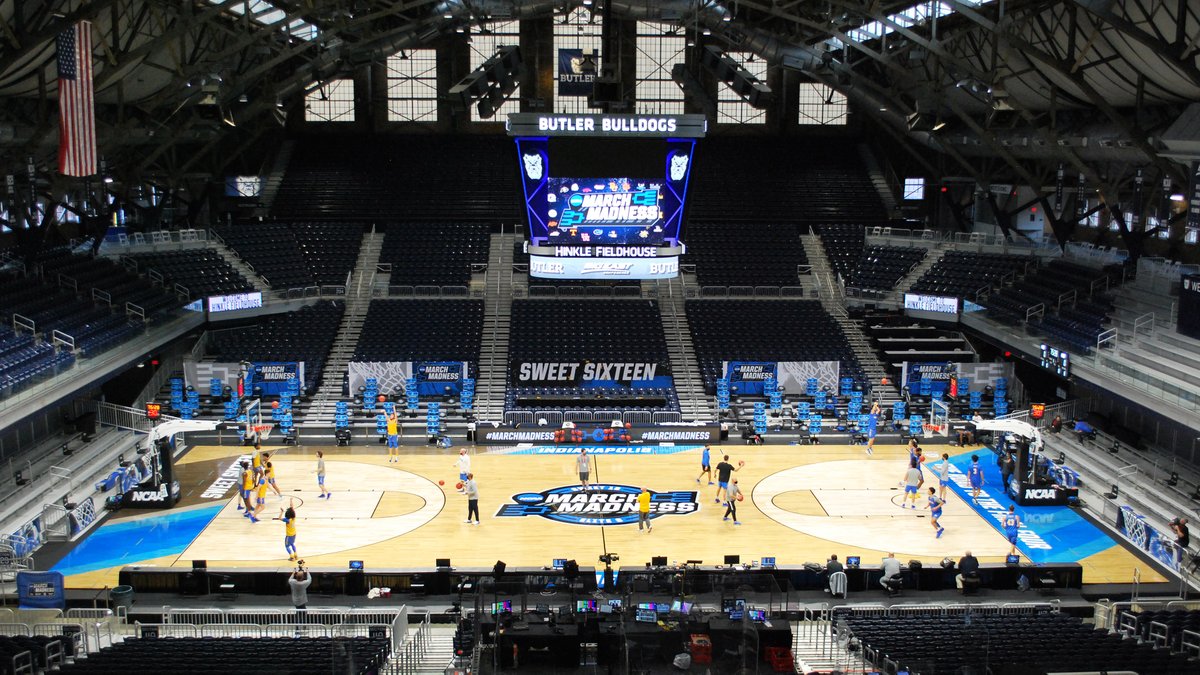 With the second weekend of the 2021 NCAA Tournament approaching, let’s take a look at the top matchups that we would most like to see.

The 2021 NCAA Tournament has been among the most exciting in recent memory.

With an average seed number of five among the Sweet Sixteen teams, the second weekend of the tournament will almost certainly carry over the theme of excitement and thrilling upsets for yet another week.

Although a number of top teams have been eliminated, particularly Ohio State, Texas, and Illinois, there are still a multitude of potential matchups that we would love to see in the remaining rounds of the tournament.

From the Elite Eight to the National Championship game, here are our top-five potential remaining matchups.

David vs Goliath. One of the tournament favorites against the biggest underdog in Sweet Sixteen history.

The odds of 15-seed Oral Robert’s becoming the first-ever fifteen seed to reach the Elite Eight are relatively low, but America would certainly love to see their Cinderella story at least survive until the regional championships.

The Golden Eagles will take on Arkansas on Saturday night, a team that they lost to by eleven points in non-conference play, despite being tied at halftime.

Would Oral Roberts stand a chance against Baylor? Absolutely not.

However, after a full year without a tournament, we as college basketball fans deserve nothing more than the impossible to become possible in the form of Oral Robert’s making history as the first-ever 15-seed to reach the Elite Eight.

How much fun would it be to see a Final Four showdown between two of the best offenses in recent memory?

Very fun. The Gonzaga Bulldogs are a near-lock to reach the Final Four, whereas the Crimson Tide will have to get through UCLA, then the winner of Florida State/Michigan before having a chance to play in the National semifinals.

A pair of individual matchups would make this game especially exciting. The first of which is the battle in the low post between Drew Timme and Herbert Jones, two of the most versatile and impactful bigs in the country.

Secondly, the battle on the perimeter between Corey Kispert and John Petty would also be a major storyline. Kispert is arguably the best shooter in the country, while Petty has reached the National spotlight thanks to his ability to instantaneously get hot.

The point total in this one could reach two hundred. Fingers crossed that we get to that point.

I know what you’re thinking. Why on earth would we want to see a National Championship game between UCLA and Syracuse?

The answer is simple: history. The lowest seed to ever win the NCAA Tournament is an eight seed. By seeing UCLA and Syracuse in the championship game, it would guarantee that a double-digit seed would win the title for the first time in history.

Of course, we would love to see fellow Cinderellas Oral Robert’s or Oregon State here, but for the sake of being realistic, UCLA and Syracuse is probably the lowest matchup that we could get in the championship game.

Besides the obvious storyline of both teams being eleven seeds, the game itself wouldn’t disappoint. Buddy Boeheim and Johnny Juzang have been two of the tournament’s top players, and it would only be fitting for the true tournament unsung superstar to be decided in the oddest national championship of all time.

Once again, the Loyola-Chicago Ramblers are making noise in the NCAA Tournament, this time reaching the Sweet Sixteen as an eight seed after knocking off top-seed Illinois.

The Ramblers are incredibly dangerous, with this years’ squad likely being a better all-around team than the 2017 11-seed that reached the Final Four.

Led by star center Cameron Krutwig, the Ramblers just need to hold off Oregon State, and then the winner of Houston and Syracuse in order to reach their second Final Four in three seasons.

If The Ramblers can run the table and reach the championship, they’ll almost certainly take on Gonzaga for the National title. This would solidify a mid-major National champion, something that we have yet to see in the 21st century.

Some people don’t view Gonzaga as a mid-major, but in a matchup between two non-power conference teams, I’m sure we would all be refreshed to see an abnormal national champion.

There was never a doubt about this one. The matchup that we all want and deserve. A final decision between Gonzaga and Baylor, the top-two teams in the nation throughout the season.

This matchup was supposed to happen in December, only for Gonzaga to pull out of the game on the day of due to a positive COVID-19 test.

Let’s PRAY that doesn’t happen again. We need this national championship game for so many reasons.

No further explanation is necessary. Even though this is the matchup that 99% of people envisioned all season along, nobody can doubt that they’d love to see it.