March Madness: Wisconsin Basketball Cruises Past North Carolina in the Round of 64 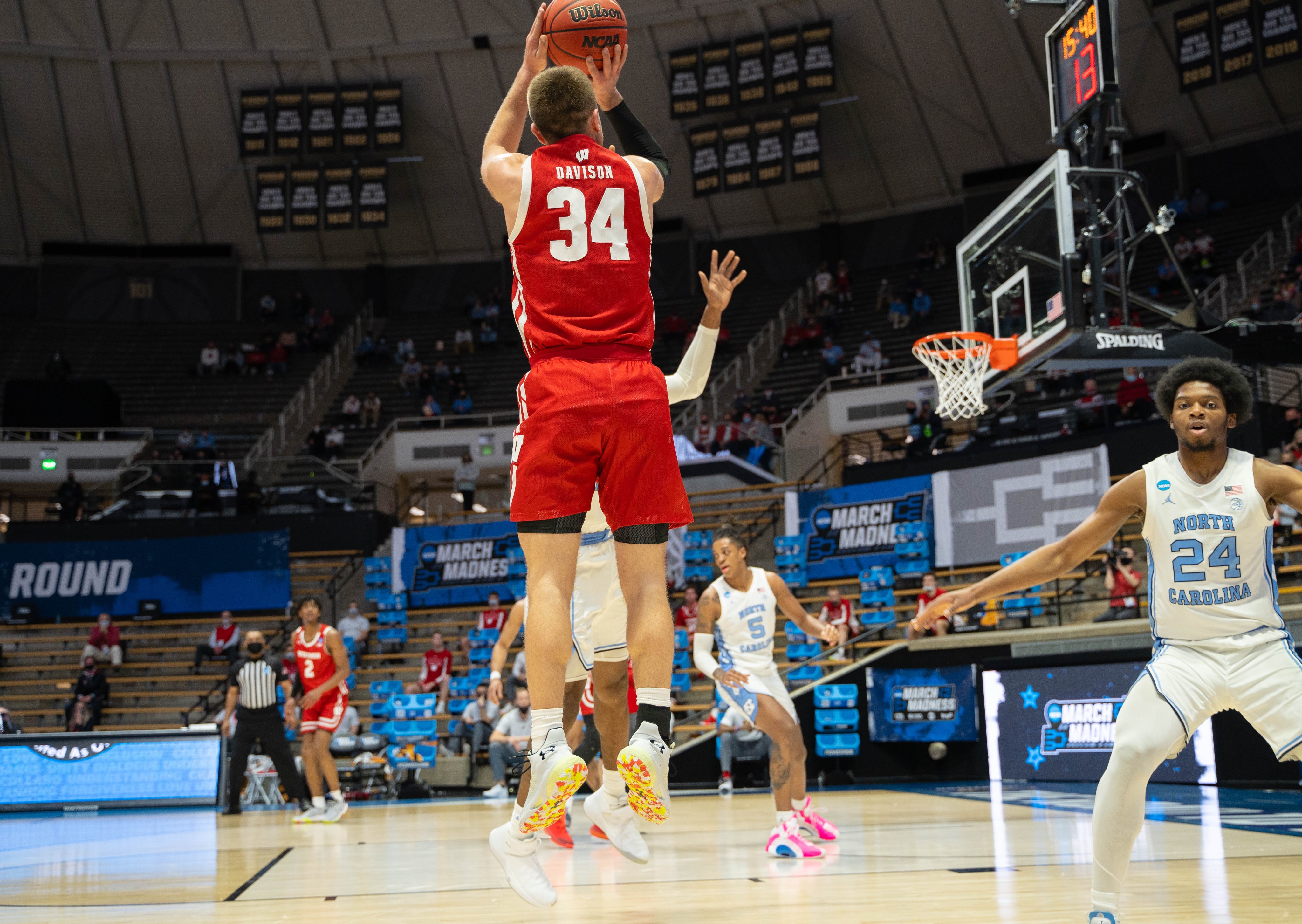 Wisconsin basketball won easily, giving Roy Williams his first career loss in the Round of 64.

Wisconsin basketball shot lights out today, as they beat North Carolina 85-62 in the opening round of the tournament. The Badgers got their first lead of the game with 9:55 left in the first half, and never looked back. Brad Davison and D’Mitirk Trice helped the Badgers run North Carolina out of the gym today. Davison had 29 points and Trice had 21 points. Wisconsin played their best game of the season today, which moves them on to face number one seed Baylor in the second round.

North Carolina struggled throughout the entire game, and were never able to get back into the game after Wisconsin took the lead. This is Roy Williams first loss in the round of 64 in his coaching career. Armando Bacot led the Tar Heels with 15 points, and Garrison Brooks had a double double with 10 points and 10 rebounds. The loss ended North Carolina’s three game win streak.

The biggest story for Wisconsin was the shooting display led by Brad Davison and D’mitirk Trice. Davison stepped up in a big way for the Badgers today knocking down five threes’ pointers and sinking 10 of 15 shots overall to lead Wisconsin in scoring with 29 point. Trice contributed 21 points while going three of eight from the three-point line, and eight of 15 overalls. The key to negating the size advantage of North Carolina was the Badgers knocking down 13 of 27 three pointers. Coming into today’s first round matchup, Wisconsin was 4-42 at Mackey Arena, but looked like they were at home shooting 50.8% from the field and 48.1% from three.

The Tar Heels inability to defend the three-point line cost them any chance at competing with Wisconsin. From the 10-minute mark in the first half, North Carolina never seemed like they had a chance. It was surprising to see the Tar Heels show a poor defensive effort because it has always been a main focus of Roy Williams teams. North Carolina was ranked 23rd in adjusted defensive efficiency coming into the game, but were unable to channel their defensive efficiency against the Badgers. The Tar Heels have to give credit to Davison and Trice for knocking down their shots, but a better defensive effort could have made the outcome closer. To put it simply, North Carolina was outplayed by Wisconsin in every part of the game.

3) Next Up for Wisconsin: Baylor

The way Wisconsin was able to shoot the ball today was magical, and the shooting displayed today could see the Badgers take down Baylor in the second round. The Badger front court was able to handle the size of North Carolina, and reminded college basketball fans they can play like a top 25 team in the county. Wisconsin came into the tournament losing four of their last five games, but the Badgers showed little weakness against the Tar Heels and should be considered a dangerous team. Wisconsin should matchup with Baylor fairly well, but the backcourt will have their hands full trying to contain Davion Mitchell and Jared Butler. We should not be surprised if Wisconsin pulls off the upset against Baylor.

One thought on “March Madness: Wisconsin Basketball Cruises Past North Carolina in the Round of 64”