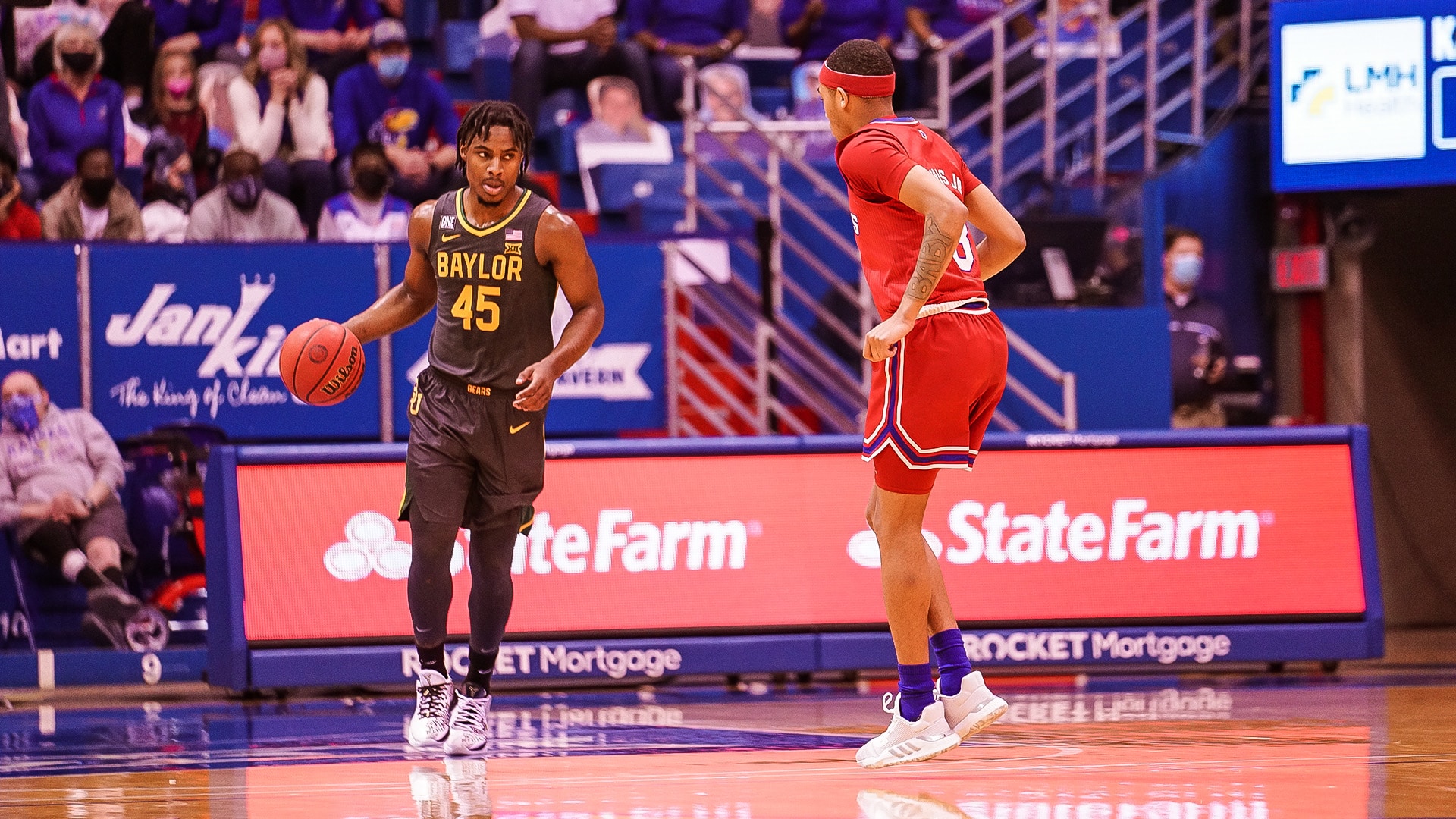 Kansas basketball got the best win of the season, knocking Baylor off the undefeated throne.

With just one week left in the regular season, Baylor was unable to cap off their undefeated season, as Kansas basketball took down the Baylor Bears by a score of 71-58. Here are the three biggest takeaways from this game.

The last time the two teams played, Jared Butler, a potential All-American and one of the top guards in the country scored 30 points on 10-14 shooting and 7-9 from the three-point line. Today, Marcus Garrett stepped up on his senior night and made sure that if Baylor won, it wasn’t going to be because of Butler. Butler finished with five points on 2-9 shooting and 1-7 from three, not getting any space all night thanks to the pressure from Garrett. Garrett’s ability to shut down a team’s star makes Kansas so dangerous, and in March that could be the difference-maker if they want to go far.

2) Three-point shooting the difference for Baylor

Coming into this game, Baylor was number 1 in the country in three-point percentage. Today, the threes just weren’t falling as they went only 6-26 from beyond the arc, or 23.1%. It is unusual that Baylor would shoot this poorly, but that was the case in this game. Coach Drew and the rest of the team have to find a way to win games when those shots aren’t falling in March. They also shot 6-16, or 37.5% from the free-throw line, an unacceptable percentage for any team.

3) David McCormack has gone from zero to hero

At the beginning of the season, McCormack was at times unplayable. He couldn’t defend, and every time he got the ball he would shoot and normally miss. Since the start of the new year, he’s been a completely different player, and it’s really made a difference for this team. In this win, David shot 80% from the field and finished with 20 points, but most importantly was scoring the bulk of KU’s points at the beginning of the game to help maintain the lead while the rest of the team struggled. If David can continue to play at this level in March, Kansas basketball will be a serious threat and he could be as good as an All-American next season.

The Kansas Jayhawks (18-8, 12-6) will close out their regular season with a game against UTEP on Thursday, while Baylor (18-1, 10-1) will look to secure their one seed starting with another tough matchup against West Virginia on Tuesday.