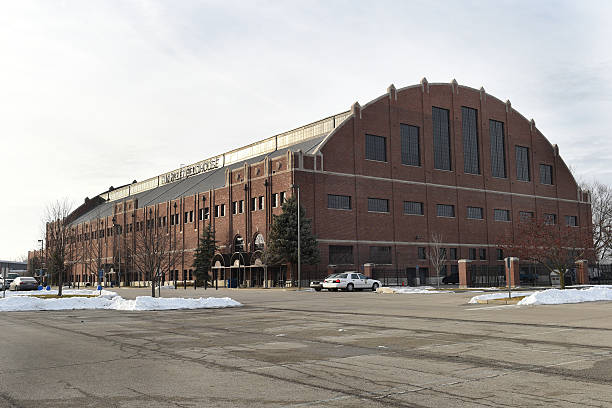 The Brackets and Madness are now just a month away. That became much more clear on Saturday (February 13, 2021) when the NCAA Men’s Basketball Tournament Selection Committee unveiled the top 16 seeds.

It has blue bloods (green, red, and orange too) in Duke, UNC, Kentucky, Michigan State, Indiana, and Syracuse either not worthy of inclusion or on the bubble of hearing their name called on Selection Sunday if the season ended today.

Everyone who loves college basketball LOVES Selection Sunday and the NCAA Men’s Basketball Tournament. Who is in? Who is out? Who are the top seeds? Who has the toughest draw? What bracket is the easiest? What 12-seed can pull the annual upset?

Yet, this season may see the FAIREST bracket ever for the NCAA Men’s Basketball Tournament! Yes, as fair a bracket that the Selection Committee has ever put together.

Why will the 2021 bracket be the fairest? The NCAA Committee announced on Friday, January 15, 2021, that the bracket will be set by the S-curve, which the committee derives from its year-long deliberations.

If you look at the four regions announced by the committee on Saturday, the seeds didn’t exactly hold perfect form, mainly because six of the 16 teams came from the Big 10 and Big 12 conferences, and there are protocols in place to avoid teams from the same league seeing each other too early in the tournament.

Due to the seeding protocols noted below, slight adjustments will have to be made should this occur when the final S-curve is decided upon by the NCAA Men’s Basketball Tournament Committee on March 14, 2021. But, overall, it should lead to a better and fairer bracket.

If you wanted to argue that, if you seed the teams 1-68, and just bracket the greatest tournament known to mankind by those seeds, I wouldn’t disagree with you. Who cares if Baylor and Texas and Ohio State and Iowa meet in the Sweet 16 if that’s what their true seeds are? But, a slight tweak this year based on seeding protocol will be much better than using what past NCAA criteria was used, which was geography. Yes, geography.

In past years, geography was one of the bracketing criteria. The NCAA tried to keep teams as close to home as possible. This never made sense. To crown the most deserving champion requires the tournament set up so that it rewards the teams that had the best regular seasons and seeded accordingly.

This “geography” component of setting the bracket (not seeding) often led to teams that were seeded close together on the S-curve being placed in the same region simply because they were located close to the tournament sites. Does that seem fair? Heck, there are far fewer teams on the West Coast than the East Coast so a top-level team out west (ahem Gonzaga) might get an easier draw because they are located in Spokane, Washington.

Take 2019 for example, the last NCAA Men’s Basketball Tournament to be played. Duke was the #1 overall seed released by the committee. Their reward was 6-seeded Michigan State in their East bracket as the two-seed. Why? Geography!

The East Regional site was Washington DC, which was the venue closest to Michigan State’s campus. The Spartans should have been seeded second in UNC’s region as the Tar Heels were the third overall seed. Oh yeah, the Spartans upset Duke to punch their Final Four ticket. Duke should have had Michigan as their two seed, as the Wolverines were eighth on the S-curve. Michigan scored a grand total of 44 points in a Sweet 16 loss to Texas Tech. I guess Duke doesn’t get all the breaks.

(2) Michigan State drops the dagger on (1) Duke and advances to the #FinalFour! #MarchMadness pic.twitter.com/a3raWsQMPz

The bottom line always comes into play, but the cost that the NCAA endures for teams to travel and play in the tournament is not going to be affected that much by bracketing teams as they were seeded by the Committee. The regular season needs to mean something.

Furthermore, most venues are sold out a year or more in advance and well before it is known what teams will play there. So, it is only fair to the entire field, especially the top seeds, to “bracket” the tournament as it was “seeded” by the Committee.

With the entire NCAA Men’s Basketball Tournament being played in Indianapolis this March/April, the “geography” component doesn’t enter the seeding/bracketing process. Yes, as noted above, there are other bracketing principles that the committee will have to abide by before releasing its final version on Selection Sunday. This includes, but is not limited to the following:

There are others and if you want to take a deep dive into the NCAA seeding and bracketing rules, you can read all about it here – How the NCAA Men’s Basketball Division I Field is Picked.

“As the committee discussed this topic, it became clear that the S-curve bracketing option makes the most sense, given the unique circumstances with which this tournament will be played,” NCAA senior vice president of basketball Dan Gavitt told CBS Sports. “In a normal year, bracketing is done with consideration given to keeping as many teams as close to their campus as possible, reducing team travel, and providing as many fans as possible an opportunity to watch their favorite teams participate in The Big Dance. But this year only, with the entire tournament being played in Indiana, the committee believes this different approach is optimal.”

So, while Covid-19 is causing chaos around the country and having its impact on the college basketball season, here’s hoping that one positive outcome from this crazy college season is not a badly timed Covid-19 test, but rather that those leading the NCAA realize that its most important event, from a fan following and financial windfall, deserves to be “seeded” and “bracketed” correctly. Not on a whim because schools that might happen to be two of the best five or six teams in the country happen to be located close to where the games are being played in a given year.

This year is a step in the right direction to changing this philosophy. Let’s hope it’s not a one-year wonder.