5 Mid-Majors with the Most to Gain 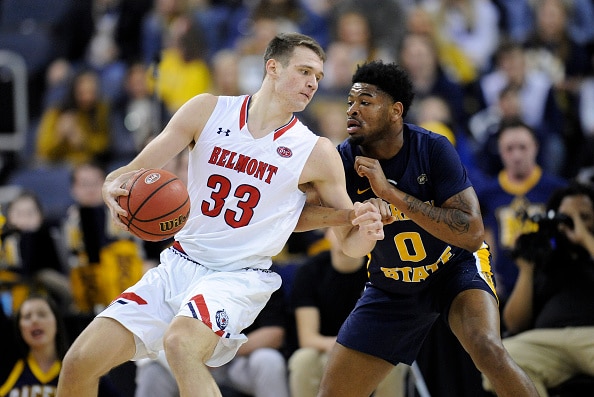 Mid-Major programs are constantly overlooked. With the most to gain and the most to lose, life as a mid-major is challenging.

A Mid-major program must be outstanding to gain national attention. The pressures for a program face run high as the margin for error is slim. One loss can be detrimental and one win may not bring any adoration. As time is running down on the 2020-2021 season all eyes are on the NCAA tournament. Here are five mid-majors who have the most to prove through the final stretch of the season.

Grand Canyon has been oh so close. Since the Antelopes began their reclassification in 2014, they have been a formidable force in the Western Athletic Conference. Grand Canyon has finished in the top three in the WAC in six of seven seasons and in their only two years eligible for the WAC tournament, Grand Canyon made runs to the championship game before falling to New Mexico State both times. This seems to be the Antelopes year. Grand Canyon is currently in first place in the WAC and 12-3 overall. The Antelopes have already swept their arch-nemesis, New Mexico State. KenPom has them predicted to finish the season undefeated in the WAC and it is looking as if Grand Canyon will be dancing in March. This is a big jump for a team and a much-needed boost in a program that is committed to making basketball great.

In the KenPom era (since 2001-2002 season), only eight teams have finished the regular season zero or one loss. Winthrop is on pace to do just that. Yet, if Winthrop doesn’t win the Big South tournament it may not have a chance to prove itself in the NCAA tournament. Unlike other one-loss teams like Michigan, nothing is certain for Winthrop, Colgate, or Belmont. Despite being 16-1 in the Big South and having a 4.5 game lead in the conference standings, Winthrop is still playing for their life. The Eagles are playing for their NCAA tournament hopes, there is nothing guaranteed.