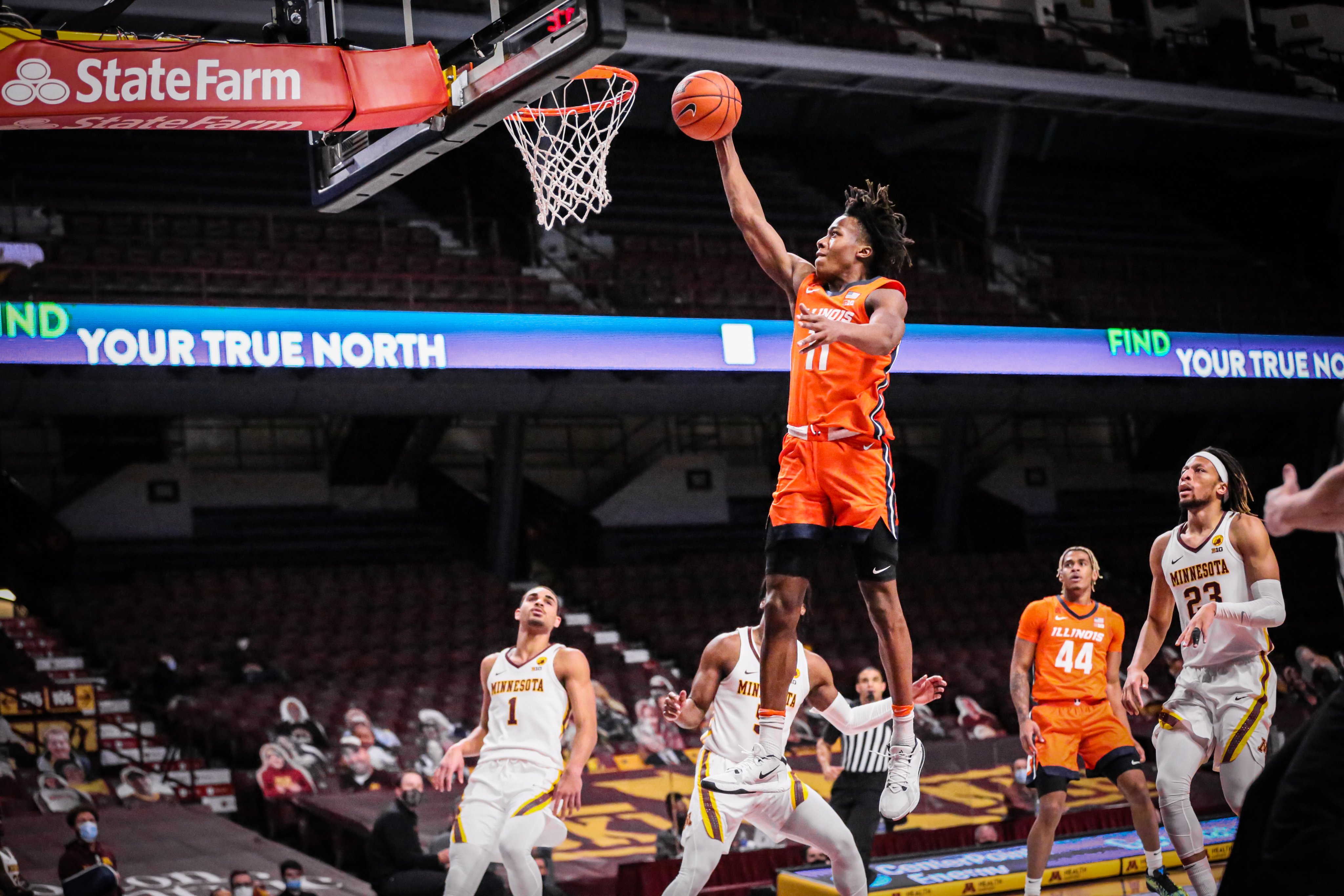 Michigan took a huge leap forward when it beat Ohio State 92-87 in the Game of the Year to date in the Big 10 Conference this past Sunday.

With Gonzaga and Baylor being the college hoops kingpins this year, the race for the other two one-seeds means a little more for the Big 10 teams. Maybe, none more so than Illinois Basketball. The Illini have won seven in a row and haven’t lost since January 16. Ironically, at home to Ohio State.

Those three Big 10 teams are in consideration of a #1 seed in the upcoming NCAA Tournament – Michigan, Ohio State, and Illinois. It’s doubtful all three will earn that lofty status on Selection Sunday. It would take a major fall by Gonzaga and Baylor for that to happen. Plus, there are three matchups between the three teams dotting the rest of the regular-season schedule. There are additional meetings potentially looming in the Big 10 Tournament. Losses in these contests will hurt the final resume the Selection Committee will judge these teams by.

Ohio State has played 17 of its 20 league games without pause this year and has only three remaining. Illinois has five games left and will finish a 20-game slate when they tip-off against Ohio State on March 6. Obviously, Michigan can’t say the same and is only scheduled to play 17 league games as of today. The Wolverines also have five games left, including a home date with Illinois on March 2.

With the changes, it creates a 17-game B1G slate

Head to Head Matchups This Season

The reason this is so important is that the NCAA Selection Committee will seed and bracket the tournament by the S-curve that they compile. You can read why that is a great change for this year here – NCAA Gets Tournament Seeding Right.

The other caveat is some of the wrinkles in the Bracketing Process, as described by Andy Katz.

Here are the first two bracketing principles that could come into play, especially for the Big 10’s third-seeded team come Selection Sunday. Right now, that is Illinois Basketball (fifth overall, but third in the Big 10).

The committee’s intent will be to stay true to the S-curve for placing teams in the bracket, though the following existing principles will still be applied accordingly:

As of today, it’s clear that Illinois Basketball, as well as Michigan and Ohio State, are among the top four teams in the Big 10. Thus, the NCAA Tournament Committee will likely place them in four separate regions.

What does that mean? As of now, that means Illinois, as the team currently ranked third in this grouping, would likely be placed in a bracket with either Gonzaga or Baylor, the nation’s two unbeaten teams. That would be a scenario Illinois Basketball (or Michigan and Ohio State) would want to avoid!

If you read the fine print above, the NCAA Selection Committee could technically place Illinois in Michigan or Ohio State’s bracket as the two or three seed (to avoid a matchup before the regional final). But, will they? It would be interesting to see what the NCAA Selection Committee decides should Illinois land on the two-seed line and matched up with a conference foe on the final S-curve, like they are now by many Bracketologists, come Selection Sunday.

When the NCAA Selection Committee unveiled its top 16 teams two weekends ago, they did shift some teams so three Big Ten and Big 12 teams were not in the same region, thus creating potential matchups before the Elite 8.

What does this all mean for Illinois Basketball? With Gonzaga and Baylor being the talk of college basketball to date, if they want to avoid being placed in their region, then opportunity is knocking. The schedule is daunting though. Four of their final games are on the road and none are easy (Michigan State, Wisconsin, Michigan, and Ohio State). Win those and reach the Big 10 Tournament final, then your chances of joining Gonzaga and Baylor on the one line versus joining them in the same bracket improve immensely.

Giddy up for a fantastic finish to the Big 10 basketball season, one that will have far-reaching implications on Selection Sunday.