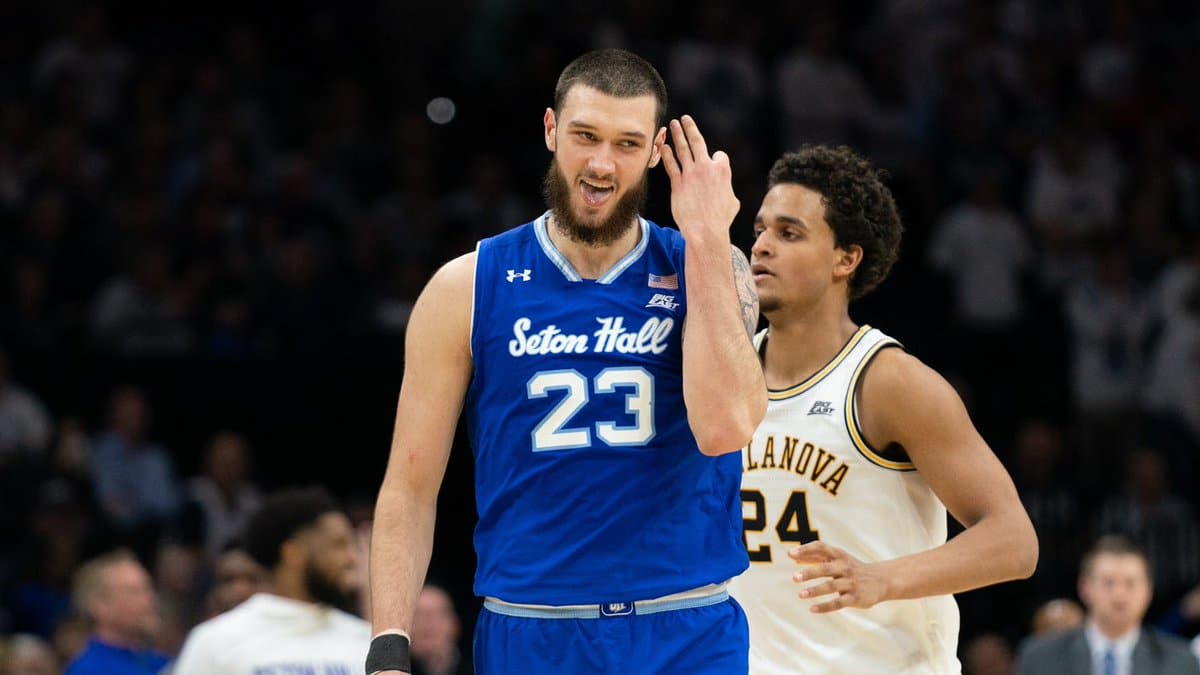 Seton Hall vs Butler was a classic Big East grind and grit game. The Pirates found enough offense to get the win.

Seton Hall vs Butler proved how grueling the Big East can be. Talent is never a question, but sometimes the physicality of the Big East takes a toll on it. Today, that was much of the case. Seton Hall was able to finish off the Bulldogs, 68 to 60.

1) Sandro Mamukelashvili can but doesn’t need to score 30

Sandro Mamukeashvili was the best player on the court, but he didn’t try to force it. Mamu finished with 24 points on 14 field goal attempts, 9 rebounds, and 6 assists, leading the Pirates in each of those categories. But Sandro didn’t force it. Rather, it was one of his best games as far as playing within himself and still being the statistical leader for Seton Hall.

“He’s a mismatch nightmare for anybody,” said Jared Rhoden postgame.

Without Mamukelashvili, Seton Hall would undoubtedly struggle. But because of the Pirates’ depth and how much they’ve grown since the beginning of the season, it doesn’t need to be the Sandro show anymore. His efficiency shined against Butler, and it’s a testament to how much he’s matured as a player.

2) Butler needed to make jumpers and did

Without Aaron Thompson and JaKobe Coles, Butler needed other players to step up. They did, and in big ways.

Myles Tate was perhaps the most impressive, scoring 22 points to lead the Bulldogs.

But it was an onslaught of three-pointers in the second half that nearly gave Butler a road win. The Bulldogs hit 11-of-22 in the game, with Tate hitting five and Chuck Harris connecting on three of them.

Jair Bolden added two and Myles Wilmoth hit one off the bench, giving Butler their 11 for the game.

It showed that while the Bulldogs are struggling at 2-5 on the season, they have guys who can make shots, which is a key place to start. Now they need to take the next step and become more consistent on all parts of the offensive end.

Mamukelashvili may have led the way with 24 points, but Jared Rhoden was a close second with 19. But for Seton Hall, it’s become increasingly impressive on how many guys can step up on any given day.

Against Georgetown, it was Myles Cale who led the way with 30 points and Ike Obiagu setting the tone defensively. Today against Butler, Cale was held to just seven points. Obiagu blocked four shots, but didn’t have quite the same presence in the second half.

Instead, it was Shavar Reynolds making clutch plays down the stretch, finisihing with 10 points and 3 assists. Tyrese Samuel played key minutes down the stretch, partly due to his three rejections and a steal on the defensive end.

And it was a quiet day for Bryce Aiken and Takal Molson, but those are two players that can explode for 15 points on any given day.

In a daunting Big East Conference, depth is important, and Seton Hall’s can match up with any team in the country.

One thought on “Seton Hall vs Butler: Three Takeaways”