One Underrated Team From Each Conference 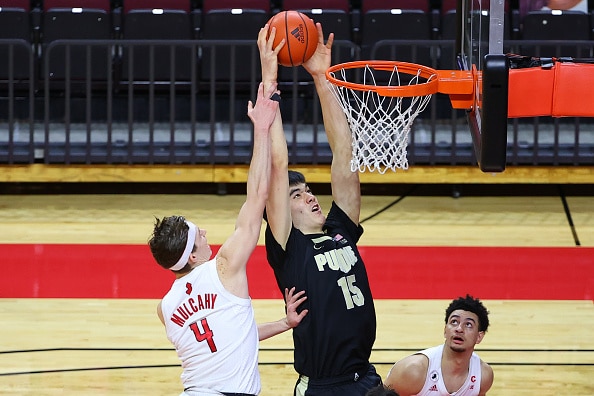 *For this article, there will only be ten conferences, but another article will be posted for the other conferences.

After the top 5 in the Big 12, the rest of the conference doesn’t receive much love. One team that should get some is TCU, who sit at 7-2 and have already picked up four quality wins against Liberty, Texas A&M, and Oklahoma State, and now Tulsa who just beat a top 5 team. While this team will not win the conference by any means, they have high potential to steal a few games from the teams above them in the rankings.

Since over half of the Big Ten is ranked, it is hard to pick an underrated team due to the conference’s dominance, but Purdue is a sneaky good team. They already took down Ohio State, and nearly beat what many considered the best team in the Big Ten in Rutgers on the road. If they can continue to play to their strengths as they have in the past few games, they can knock out some of their higher opponents and finish even in the top 8 of the arguably toughest conference.

Marquette is the most unpredictable team in college basketball. They beat Wisconsin, who were ranked 4th at the time, and Creighton, who were 9th at the time so based on that we should see them as legit. However, they sit at 5-5 record wise. The wins against Wisconsin and Creighton prove that when they are clicking, they can beat any team which makes them very dangerous.

Clemson gets all their hype from the football department, but this Clemson team is very sneaky. They have already picked up a variety of quality wins against Mississippi State, Purdue, Alabama, and most recently Florida State to jump out to a 7-1 record. With the ACC being particularly weak, as they most likely won’t have a top 20 team in next week’s poll, Clemson can sneak into that top 3 in the standings and easily make the NCAA Tournament.

Like the ACC, the SEC is weaker than most season with only two ranked team, leaving it wide open for Arkansas to thrive. This team has jumped out to an 8-0 record, and while they haven’t played much competition, they are beating their opponents by nearly thirty points a game, showing that they are a dominant team. They are underrated right now, but soon we’ll be hearing more about them.

In the Pac 12, the teams we mainly hear about are Oregon, UCLA, Arizona State, and Stanford. Sometimes, USC and Arizona are mentioned as well. The team that isn’t mentioned but should be are the 8-0 Washington State Cougars. They haven’t faced much competition but due to balanced scoring and solid defense this Cougars team has upset potential and may make the news as the victor on more than one night against the teams listed above.

While they may sit at 3-2 record-wise, they have had an extremely difficult schedule. They played Auburn, Michigan, and Florida State in non-conference and have already played Houston in conference play. What makes them underrated is that they won two of those four games, beating Auburn and then #15 ranked Florida State on the road. Brandon Mahan has been terrific as a scorer for them this season and after being projected to finish 8th in the conference they have proved they are better than that.

Everyone knows that no one has a chance against Gonzaga at the top and that Saint Mary’s and BYU will round out the top 3, but the Dons will keep those three on their toes all season. Earlier this season, they took down Virginia, who was #4 in the country at the time and stayed competitive with Oregon for most of the game. As we remember from last year, San Francisco kept Gonzaga close both times they played and can do so again this year.

After being projected to finish 9th in the conference, VCU is off to a great start this season. They sit at 8-2 and have already picked up quality wins against Utah State and Memphis. The future is bright for this team, and don’t be surprised if they are in a tight one with any of Richmond, Dayton, and Saint Louis.

Another team projected to finish 9th in their conference, Wyoming is off to a 6-1 start. They took down a Power 6 team in Oregon State earlier this season, and have shown that they can compete in the Mountain West. With no clear third-best team after SDSU and Boise State, Wyoming can slide into that spot.