Xavier Silas is Ready to be a Division One Head Coach 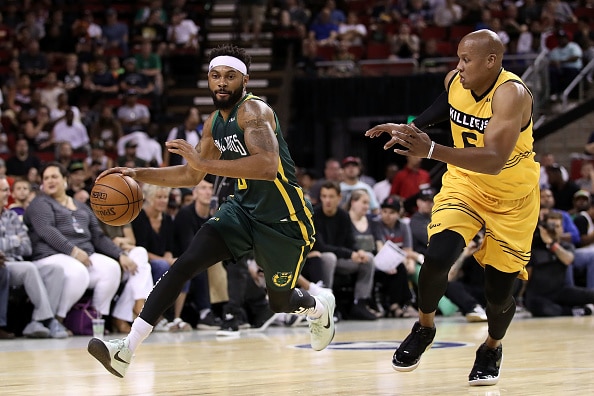 Xavier Silas has gone from being a college basketball star to a professional player, started his own prep team, and now works in the 76ers organization. Now, he is ready to take his talents back to college hoops, but this time on the sidelines as a head coach.

Why Xavier Silas? He has no experience at the Division One coaching level, nor has he been a head coach at the professional level. However, he believes he is fit for the challenge. “My dream has always been to coach in college,” Silas said. “I think taking a college program and turning it into a winning one is one of the highest accomplishments in sports.”

Silas has begun and formed a powerhouse prep team with Colorado Prep. His squad has had top players from Colorado and Kansas and went 4-1 in the toughest high school division in the nation. He holds bonds with these kids that could potentially bring them to the school that hires him.

High school coaches and those involved in the NBA have a tendency to thrive at the college level. Penny Hardaway, Bucky McMillan, and Jerry Stackhouse have all taken over college programs without experience and have done tremendous jobs recruiting and competing.

On the recruiting trail, Xavier Silas would thrive. Not only does he have connections to these young stars from the midwest and western regions, but he also has NBA connections to allow for his players to go pro after their college careers, which is a big selling point to recruits.

In addition, he is young and relatable. Players are drawn towards coaches who can relate to them and have conversations with them as a friend. This allows for more comfortable growth both on and off the court.

Silas has a history of turning nothing into something. In addition to founding Colorado Prep, he launched Give Sports, an organization that partners with athletic teams to give back to the community, as well as the Centennial Grandstand, a college showcase for high school recruits in Colorado.

Xavier Silas is no stranger to starting a tradition, building culture, and setting the framework for success. Give Sports reached 30 teams in three years, and the Centennial Grandstand brought in 170 players and over 50 college coaches.

The in-game strategy that sets Silas apart from other potential coaches is his love for the three-point shot. Silas played under the Mike D’antoni system and understands college hoops analytics, which are all in favor of the three-pointer. His strategy is to attack from outside the perimeter and win with the long shots.

Most of all, Silas’s passion for coaching and desire to make his players’ lives better makes him a terrific candidate to be a head coach. His vigor, eagerness, and understanding of the sport and the league will make him thrive whenever he gets the chance.