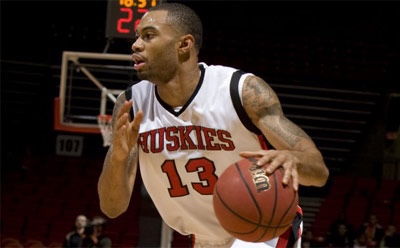 Xavier Silas experienced two different worlds at the college level, and it helped him play professionally and become successful as a coach.

Silas began his career at Colorado, averaging 12 points a game in his freshman year and 9.7 in his sophomore campaign. Despite these impressive numbers as an underclassman, Silas decided to transfer after his sophomore year.

Colorado’s head coach who recruited Silas, Ricardo Patton, had landed a job with Northern Illinois, and Silas decided to follow him there after his sophomore year. At Northern Illinois, Silas became a star, averaging just over 16 points per contest as a junior and put up an impressive 22.3 points a game in his senior year.

“When I transferred to Northern Illinois, I took it to a another level,” Silas said. Silas recalled how his motivation to become better grew once he arrived at NIU, and his mentality changed completely. “I knew I had to score 20 or more every game for us to win.”

Part of Silas’ success at the next level was the fact that he had two difference experiences in college: one as a solid player at a power five school, and the other as a star on a small mid-major. “It was two different types of responsibilities,” Silas said, “but they shaped me into who I was able to become.”

After college, Silas played professionally overseas, then in the G-League, spent some time in the NBA, and now plays in the Big 3. However, his dreams now lie in the world of coaching.

“Being a division one head coach is definitely a dream,” Silas said. He believes he is at an advantage over other coaching candidates, as he has been through so many different experiences as a player. “I feel like I’ve seen it all because I’ve seen a lot, and learning on the job is the best way to learn,” Silas said.

Silas had some adjustments to make when he entered the coaching scene, despite the experience. “It’s a completely different way of looking at the game,” Silas said. He explained that as a player, he had said he was in it for the team, but he still worried about his own stats, but as a coach, he really embodies the selflessness he thought he had as a player.

Currently, Silas is beginning a prep team to play in the Grind Session, an elite prep basketball circuit. He said he is constantly looking for ways to improve on and off the court, and the administration he is doing with the team is preparing him for what he hopes is a career coaching at the college level.