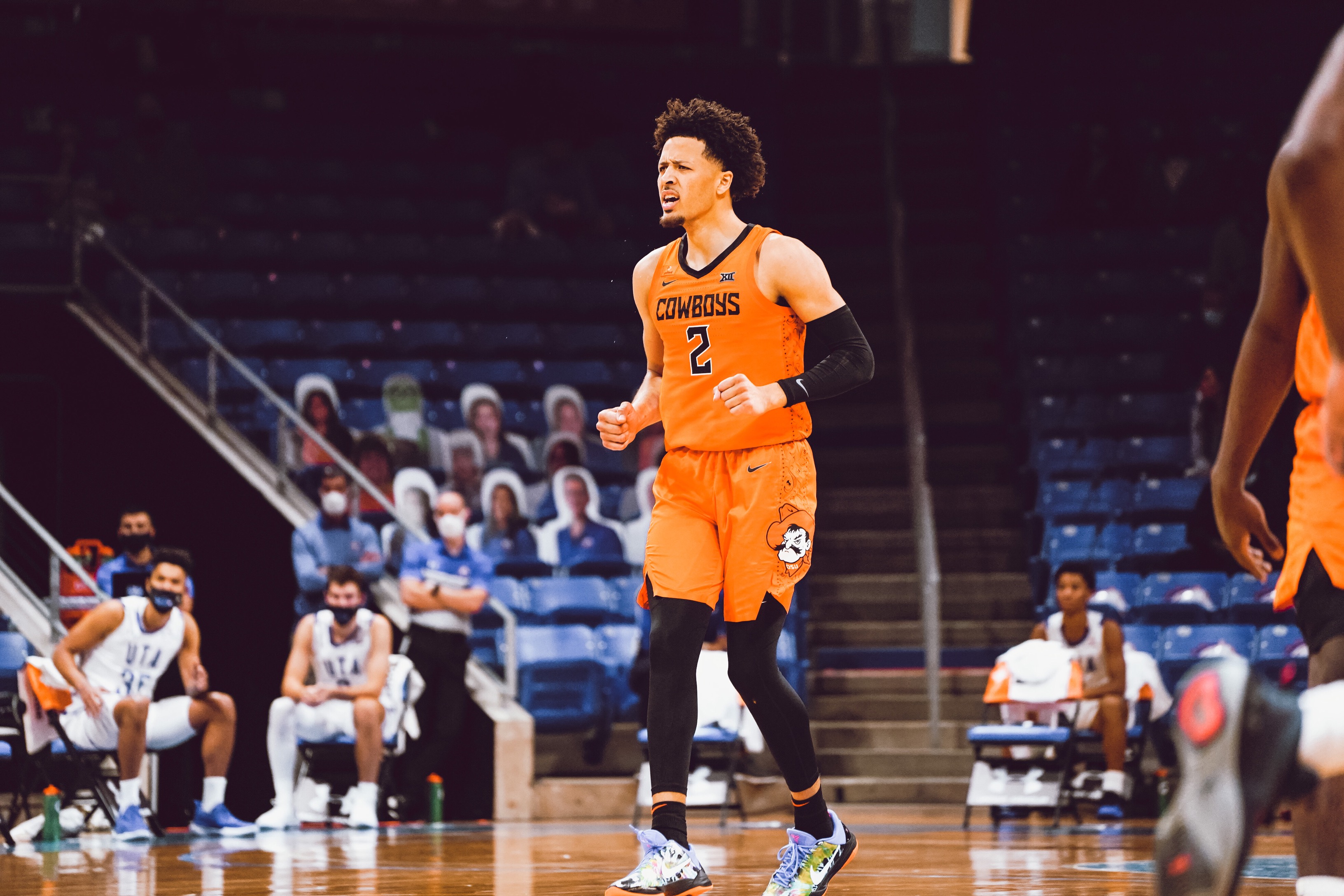 The 2020 NBA Draft has concluded, meaning it’s time to start focusing on the 2021 NBA mock draft.

While last year’s draft was seen as a weaker draft according to experts, this one is seen as the exact opposite, being called the most talented draft ever. With some top prospects playing in college and some in the G-League, it will be more difficult than ever to really evaluate the player, making this year extra exciting. Here is a full 2021 NBA mock draft lottery predictions.

*The draft order is my predictions of how teams will fare record-wise.

After being the #1 projected pick before the college basketball season started, Cunningham has proved his value, averaging 18.3 PPG, 6 RPG, 4 APG, and great shooting numbers. He has already hit a game-winner and has led an Oklahoma State team that talent-wise isn’t very deep to a 6-1 record so far. Yes, the Pistons drafted Killian Hayes, another point guard this year, but with a talent like Cunningham, it’s too hard to pass up on him.

After being listed as the 11th best player in the 247 player rankings, Suggs has been terrific for Gonzaga showing off his NBA-level combination of athleticism and shooting. On a team with so many pieces that production could get lost, Suggs has stepped up and contributed greatly. The one piece the Knicks have needed for a while is a point guard, and they get one here with Suggs.

Jalen Green was one of the top recruits, and by choosing the G-League he’ll have the opportunity to develop. Green has all the intangibles that teams love and could easily be the best player in this draft. The Thunder need pretty much everything, and this is a great start to their long rebuild. Green goes third in my 2021 NBA mock draft at the moment

Kuminga reclassified so he can be eligible for this draft, and he gets picked right where he should. Kuminga was the top player in the 2022 Player Rankings, and he’ll have that extra year of experience when he plays with guys like Jalen Green. The Cavs drafted another small forward in Isaac Okoro last year, but the two will play together as positionless forwards similar to how the Suns did last year with Mikal Bridges and Cameron Johnson.

Mobley has been a beast for USC this season, averaging a near double-double, and adding three blocks to the stat sheet as well. He plays a very similar game to last year’s USC center and the 6th pick in last year’s draft Onyeka Okongwu, but is more athletic and has shown confidence in trying to expand his game by attempting more three-pointers. The only position the Hornets need is a center, and the pick and roll combination of Lamelo Ball and Mobley could be one we’ll be seeing for years to come.

This pick is top 3 protected, so if it falls out of the top three like it is projected to in the 2021 NBA mock draft, it belongs to the Golden State Warriors. Johnson has been a monster at Duke, including a 19 point 19 rebound game in his debut. He is currently injured and we won’t be seeing him play for a while, but from what we saw he has the talent but needs to develop a little more to hit his potential. Draymond Green is officially past his prime, making Johnson a good replacement in the Warriors’ attempt to rebuild while still winning.

Williams is another guy that when he hits potential, could be an all-star. He’s a swiss army knife type player, someone who does what needs to be done on both sides of the floor. He’s struggled recently, but as the season goes on he showed show growth. Demar Derozan is in the last year of his contract, opening up the small forward spot for him and hopefully being the future as he is the highest player drafted by the Spurs since Tim Duncan.

Scottie Barnes joins a fellow seminole forward in Patrick Williams on the Bulls. Barnes has been great, improving every game and has led Florida State to the top spot in a talented ACC. He has shown he can be a 15-5-5 guy and has shown improvement shooting which was an issue for him. Current power forward Lauri Markkanen is in his contract season, and if he doesn’t perform to a high level they might let him walk, giving Scottie Barnes the key to the position.

Boston has struggled a bit for a Kentucky team that is underperforming, but was a top 5 recruit out of high school for a reason. Boston is a great shooter and has a great ability to score. At nearly 6’7, he has good size for a shooting guard and a good overall player. Kings like their guards, and with Boston slipping this low they can’t pass up on him.

Josh Christopher has been one of the best freshmen in college this season. He has scored double-digits in every game this season and has been a great all-around player. He needs to become more consistent but based on the sample size, he could be special. Evan Fournier is aging for the Magic, and Christopher is a great young player to bring a spark for the Magic.

The numbers might not show it so far, but Keon Johnson is a great overall player. What he really excels at is defense, so anything he does on the offense end is just a plus for him. The Grizzlies could use a defensive shooting guard like the one that brought them so much success in the past (Tony Allen).

Sharpe is stuck behind two great big men in Garrison Brooks and Armando Bacot, but his per 36 shows how productive he’s been with his time on the court. He’s been great on the boards and on the defensive end and could be a threat in the NBA. The Wizards reach a little for this pick, but with two all stars at guard and two young talents at forwards, the center position is their only need.

Clarke has been one of the few Kentucky players who have led up to expectations, scoring consistently with good shooting stats. Another top recruit, Clarke has a lot of potential and will need time to develop. Klay Thompson’s future is unsure after suffering two straight season-ending injuries, so Clarke will be a good addition after they took Jalen Johnson earlier.

The rise in taking international talent early continues with Garuba closing out the lottery. The last NBA player to come from Real Madrid was Luka Doncic, so there’s definitely intrigue and like most international players, the lack of minutes hinders their stats and doesn’t show his talent. Zion’s durability has been questioned throughout his young career, so to have a guy like Garuba to come in will be a big help for the Pelicans.