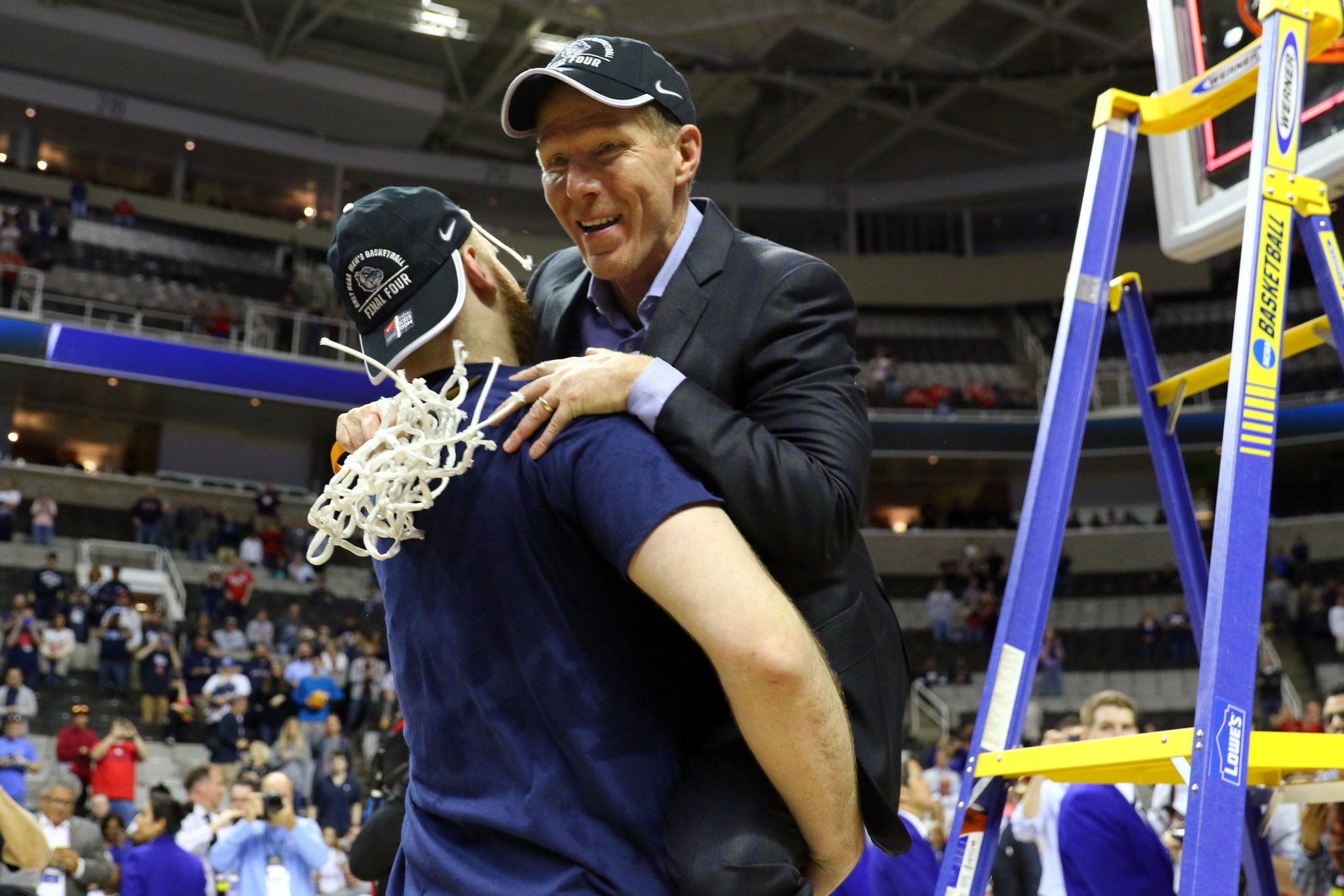 Coaching at the mid-major level is often seen as a stepping stone to a gig at a power conference school. Many coaches stay for a handful of years, turn a program around, and use that as a springboard to further their careers. However, there are also some who stay at schools for years, remaining loyal and becoming legends among that campus. Thus, ranking the top ten mid-major coaches sees a mixture of this. Regardless, these are the ten best leading coaches at mid-major schools.

Russell Turner has turned UC-Irvine into one of the most feared mid-major programs on the west coast. He has compiled a record of 209-139 there, becoming the winningest coach in school history and averaging 20 wins per season. Turner’s profile includes five regular-season Big West titles and two NCAA Tournament appearances, including the Anteaters’ first tournament win last year, upsetting four-seed Kansas State 70-64. He has won at least 20 games seven times and has one season of at least 30 wins. Until Turner gets lured away to a power conference gig, UC-Irvine will continue to be a wrecking ball in the Big West.

Wes Miller is one of the game’s rising young coaches. After taking a few years to put his stamp on the program, Miller has made the Spartans a force in the Southern Conference. He is 164-126 at the school and has won 20 or more games in four straight years. He guided UNCG to a 29-7 record in 2018-19, and they were the first team left out of the NCAA Tournament, earning a one-seed in the NIT. Miller has won three regular-season titles and taken Greensboro to one NCAA Tournament, pushing Gonzaga to the edge that season. He has turned around a program that had not seen success for a long stretch. With many speculating that he would be a prime candidate to replace Roy Williams at North Carolina when the time comes, the question is how long Miller remains the coach of the Spartans.

T.J. Otzelberger is 87-48 between his time at South Dakota State and UNLV. He guided South Dakota State to two Summit League regular-season titles and three NCAA Tournament appearances, vaulting him to the job in Las Vegas. His Rebel squad toppled San Diego State for the first time this past season and exceeded expectations, finishing in second place in the Mountain West. If year two follows the same pattern that it did with the Jackrabbits, UNLV could be in for a special season in 2020-21. Otzelberger is another rising star that will more than likely be patrolling a power conference sideline in the future.

Chris Jans has continued the success expected at New Mexico State for the past three years. His success with the Aggies was close to landing him the job at East Tennessee State in the off-season. He is 104-29 in his time in Las Cruces and has dominated his Western Athletic Conference foes. Jans has won the regular-season title all three years and appeared in two NCAA Tournaments. A third was more than likely before the COVID-19 pandemic. Last season, he had the Aggies on the cusp of defeating Auburn before they ever made a run to the Final Four, and a tournament win is about the only thing he has left to get as the coach of NMSU.

John Becker is 219-91 as Vermont’s head man, and he has dominated the America East. Becker has won at least 20 games in every year at the helm and has been the league’s coach of the year five times. He has guided the Catamounts to five regular-season titles and three NCAA Tournaments, with a fourth on the horizon this past season. Including his time as an assistant, Becker has helped Vermont become one of six programs to have at least 12 straight seasons of 20 or more wins (Duke, Kansas, Kentucky, Gonzaga, St. Mary’s). Furthermore, he is one of three coaches to have 20 or more wins in his first nine seasons at a school (Mark Few and Jamie Dixon). All that remains is how long Becker will remain dominating the America East before moving on.

Ben Jacobson has been at Northern Iowa for 14 years, turning the Panthers into consistent players in the Missouri Valley Conference. He is 291-174 with the Panthers, winning three regular-season titles and making four NCAA appearances. The Panthers were also on the bubble to be an at-large inclusion this past season. Jacobson has averaged 21 wins per year and beaten two top-ranked teams. He took UNI to the Sweet 16 in 2010, including the memorable upset of one-seed Kansas in the second round. Jacobson has been to seven postseasons overall and had two seasons of 30 or more wins. With the length of time he has already been at the school, this may be a situation where he stays as long as he wants and as long as the program is successful.

Tommy Amaker is 251-139 in his time as Harvard’s head coach. He has won seven Ivy League regular-season titles and made four NCAA appearances, with all four coming in a row from 2012-15. Amaker has become the winningest coach in school history and has won 20 or more games seven times. His profile includes guiding the Crimson to their first major poll ranking in school history and to their first NCAA Tournament wins, one each in 2013 and 2014. Amaker has made Harvard basketball a national name and one of the most respected mid-major programs in the country.

Bob McKillop is already a legend at Davidson. He has been there for 31 years, compiling a record of 594-364. He has 16 seasons of 20 or more wins and 11 coach of the year awards, 10 of which came in the Southern Conference. The crown jewel season of his career came in 2007-08 when the Wildcats rode Stephen Curry to the Elite Eight. McKillop took home the national coach of the year award that season. His name has become synonymous with the school, coaching in nine NCAA Tournaments and 17 postseason tournaments overall. McKillop will stay as long as Davidson lets him.

Randy Bennett has turned St. Mary’s into Gonzaga’s biggest rival in the WCC. He is 440-182, easily the winningest coach in school history. He has taken the Gaels to seven NCAA Tournaments and, more impressively, won three regular-season titles during Gonzaga’s run. Bennett is responsible for the program’s first season of at least 30 wins and for 13 total postseason appearances. He has had St. Mary’s ranked during seven seasons and took them to the Sweet 16 in 2010. Bennett is another example of a coach who probably sin’t going anywhere, and the rivalry between him and Mark Few should continue to be fun to watch.

Few is the obvious choice here. Gonzaga may be miles ahead of every other mid-major program in the country, but it wasn’t always that way. Mark Few has single-handedly turned the Bulldogs into a national powerhouse. He is 599-124 at the school and has not missed a single NCAA Tournament during that time. He is arguably the best coach that has not won a national championship, coming oh so close as national runners-up in 2017. Few has won no less than 23 games as the head coach and has appeared in four Elite Eights. He has also seen Gonzaga ranked number one in major polls multiple times. He is one of the greatest coaches of our time, and not just at the mid-major level.