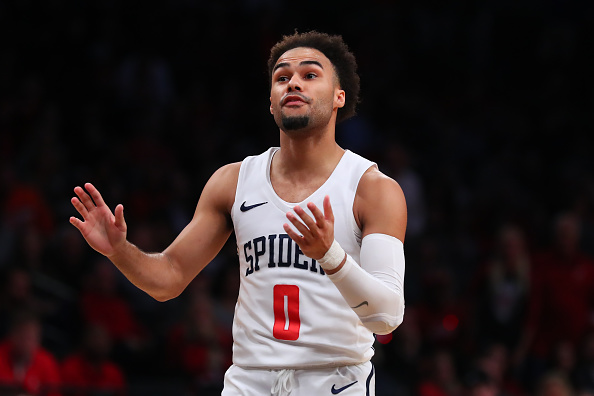 There are two big talking points that get college basketball fans excited during the offseason. One of those is recruiting. The other is the release of schedules for the next season. While many full team schedules do not come out until late August or September, lots of non-conference matchups begin to take shape earlier in the summer. Mid-major programs lick their chops when they add a game where they can potentially set themselves up for an at-large bid. Here are five of the games we know about thus far that you should be watching next season.

The Southern Conference has been one of the strongest mid-major leagues over the past few seasons. Wofford was a top 25 team and won an NCAA Tournament game two years ago. East Tennessee State seemed on track for the same fate this year before the tournament was canceled due to COVID-19. Furman might be the next team up.

The Paladins return three of their top four scorers from last season, including big men Noah Gurley and Clay Mounce. Mike Bothwell should also step into a bigger role after learning under Jordan Lyons. Louisville may not be as strong as they were a season ago, but winning this game would still go a long way for a Furman program that has not quite been able to break through to the top of the league yet. It could be a win that has people starting to discuss an at-large bid.

The game between these two mid-major teams last season ended up meaning way more than people realized when it first happened. Both programs ended up being ranked in the top 15, with the Aztecs’ road win against the Cougars being a selling point for a top seed in the NCAA Tournament. Now, we get the rematch next December.

San Diego State will feel the pressure to repeat last season’s success without All-American Malachi Flynn. However, the Aztecs still have Nathan Mensah and Jordan Schakel as well as incoming transfers Terrell Gomez (Cal State Northridge) and Joshua Tomaic (Maryland). Meanwhile, only Alex Barcello and Kolby Lee return from BYU’s starting lineup. Purdue transfer Matt Haarms will help pick up some of the lost scoring though. Both of these teams should be in the mix for a tournament berth, and having a head-to-head victory will look good for one of these teams on their profile.

Rhode Island seemed poised for inclusion in the NCAA Tournament last season before imploding. We will never know how far they slid off of the bubble. However, we do know that the Rams will always be in the mix to win many games with Fatts Russell around. That will be the case for next season as well, as the guard withdrew from the NBA Draft a few days ago.

Rhode Island will be anchored by Russell, who very well may be the preseason Atlantic 10 Player of the Year. The cast around him will include returning starter Jermaine Harris as well as the Mitchell twins, who will be eligible in December after transferring from Maryland. Seton Hall will look different without Myles Powell, but should still be a major player nationally with Myles Cale and Sandro Mamukelashvili returning and Bryce Aiken arriving from Harvard. This game will go a long way towards deciding how worthy the Rams may be for a mid-major at-large berth.

With Blake Francis, Jacob Gilyard, and Grant Golden all withdrawing from the NBA Draft, Richmond appears to be the preseason favorite in the Atlantic 10. The Spiders rode the bubble throughout the last half of the season and have practically everyone returning.

There are few tougher tests than facing Kentucky at Rupp Arena. However, we also know how poorly John Calipari’s teams can play early in the season. It would not be a surprise to see this end up being a game between two ranked teams. For Richmond, a win here would announce their presence as a team to be reckoned with nationally. It would also give them a key non-conference win, something critics often pointed to with Dayton’s profile last season.

The argument about whether Gonzaga should be considered a mid-major is for another day. The Bulldogs are not a member of the Pac 12 yet. For now, we should appreciate this 2019 Elite Eight rematch and the impact it could have in the race for a national champion next season.

Gonzaga is expected by many to be the best team entering next season, especially if players like Corey Kispert, Filip Petrusev, and Joel Ayayi withdraw from the NBA Draft. Furthermore, top-five prospect Jalen Suggs will be playing in Spokane as long as a professional league does not lure him out of his letter of intent. Meanwhile, Texas Tech continues to be a haven for top transfers. Mac McClung and Marcus Santos-Silva transferred to the Red Raiders, joining returners Kyler Edwards and Terrence Shannon Jr. McClung hopes to receive a waiver to play immediately. All of that is to say that this will be a can’t-miss game that will drive the national conversation next year.

All images, including the featured image, courtesy of Getty Images