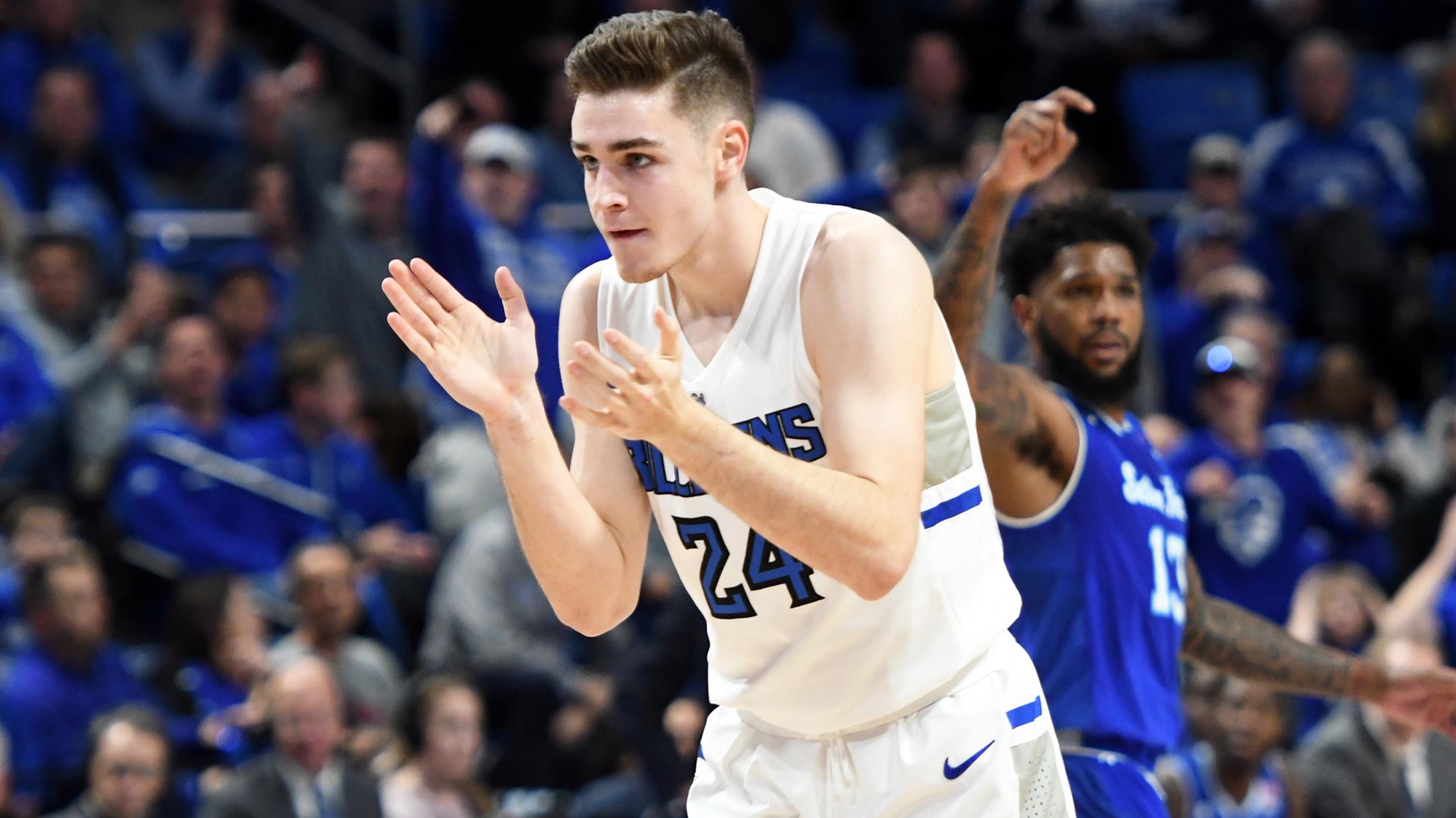 Gibson Jimerson, the highly-touted three-star player, played his final year of high school out of Montverde Academy in Florida. He led his high school team in scoring and shooting percentage. Not too bad if you ask me.

Now, Gibson Jimerson is a Saint Louis Billiken. Unfortunately, his freshman campaign ended too abruptly for him. He suffered a foot injury on December 16th during practice which put the end sticker to his season. Before the injury, he already made a large impact for the Billikens in just five games. Throughout the five games, he averaged 10.8 points per game and shot the ball 42.9% from behind the arch. He scored double-digit points in all of the games. He scored a career-high 25 points against High Point while hitting half of his 10 three-point attempts. Against Tulane, he added 22 points, mainly because he hit 6 three-pointers, which broke the record for the most threes from a Billiken in history.

A look back at win Number 4️⃣

In addition, Jimerson brought home back-to-back A10 Rookie of the Week honors on December 2nd and December 9th. This kid was seriously just getting started.

Yes, coming back from a broken leg is difficult, but Jimerson is a tough kid who is going to get through it. He recently shared a video announcing that his rehab is going better than expected. Questions still remain without a doubt:  Will Gibson be the same player? Will the injury have an infinite impact on him? Only time will tell to find those answers.

Nonetheless, he is going to have guys who can give him the ball and create open shots for him. Rising sophomore, Yuri Collins, is a terrific passer. He was starting to get in his groove with tremendous darts across the court, but then the season ended. If these guys can get on the same page again, watch out. It will be raining threes for Jimerson.

With Goodwin and French more than likely returning, more space will be created for Gibson. The others are going to attract several defenders, leaving him open in the corner.

Gibson Jimerson should become a lethal part to the Saint Louis basketball offense next season, and I would expect him to make an all-conference team. Oh yeah, he’ll lead the team in free throw percentage, but we won’t get into that.