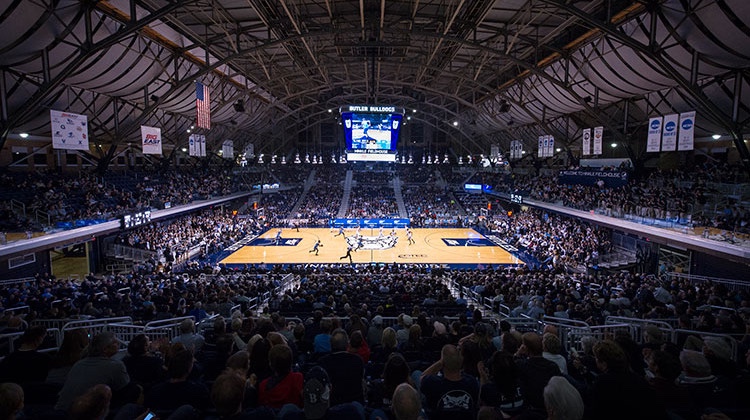 College basketball has energy that is unmatched by any other league. No matter where the game is, home court advantage is very prominent in today’s game, which can lead to upset wins and crazy finishes more often than other sports.

Although the court itself does not have a large effect on the crowd’s energy, it does add a sense of history and pride for the team playing in it. A court can represent a program, whether it be in the court itself or the banners hanging in the rafters.

College basketball has a lot of great stadiums, but here are the six best in use today.

6. Memorial Gym (Vanderbilt) – Vanderbilt is home to one of the most unique arenas in college hoops. Memorial gym doubles as a concert hall, and the raised court gives it an aspect of individuality. Not to mention, players are seated on the baseline in order to give fans the proper viewing experience. There are four distinct areas of seating in Memorial Gym, and it can hold upwards of 14,000 fans.

5. Pauley Pavalion (UCLA) – One of the most historic arenas in college hoops, Pauley seats 13,800 people in a wide open bowl design. John Wooden once proposed that the recruits he got were in part due to the modern (at the time) stadium the Bruins played in. Pauley was renovated in 2012, but the old amenities were kept, giving it a modern touch.

4. Carrier Dome (Syracuse) – Syracuse has a very interesting setup. In the middle of its campus lies the famous dome, which looks like a large cotton ball on the outside. Inside, it is used as an all purpose field. For basketball, a court is setup on one side of the field, with temporary bleachers put in on one side. Behind those bleachers is a concourse for fans to partake in other activities. Carrier Dome housed the most fans in college basketball regular season history at over 35,000 fans.

3. Cameron Indoor Stadium (Duke) – Cameron was built in 1940 and designed by one of the nations first African-American architects Julian Abele. The stadium only holds 9,000 people, but the close proximity of the seats gives a feeling of unease to opposing players. The crazies pack the stadium every game, and for the Blue Devils biggest games, a test of Duke basketball is given to fans who want tickets in order to make sure those in attendance are loyal supporters.

2. Assembly Hall (Indiana) – Opened in 1971, Assembly Hall has earned the nickname, “The Carnegie Hall of College Basketball” in that the steep setting seems to travel for miles into the rafters. The New York designed building has one section under each baseline, but maximizes its seating on each sideline. Unless you’re a student, you will most likely be seated on those steep slopes.

1. Hinkle Fieldhouse (Butler) – Built in 1928, the home of the Bulldogs (which was the home to the Hoosiers) has reduced size since opening, but that does not take away from its beauty. This building has a capacity of just over 9,000 people, which is close to the amount of windows it has around the outside. Hinkle Fieldhouse is on the National Register of Historic Places and is a National Historic Landmark. It is one of the best stages for the sport.