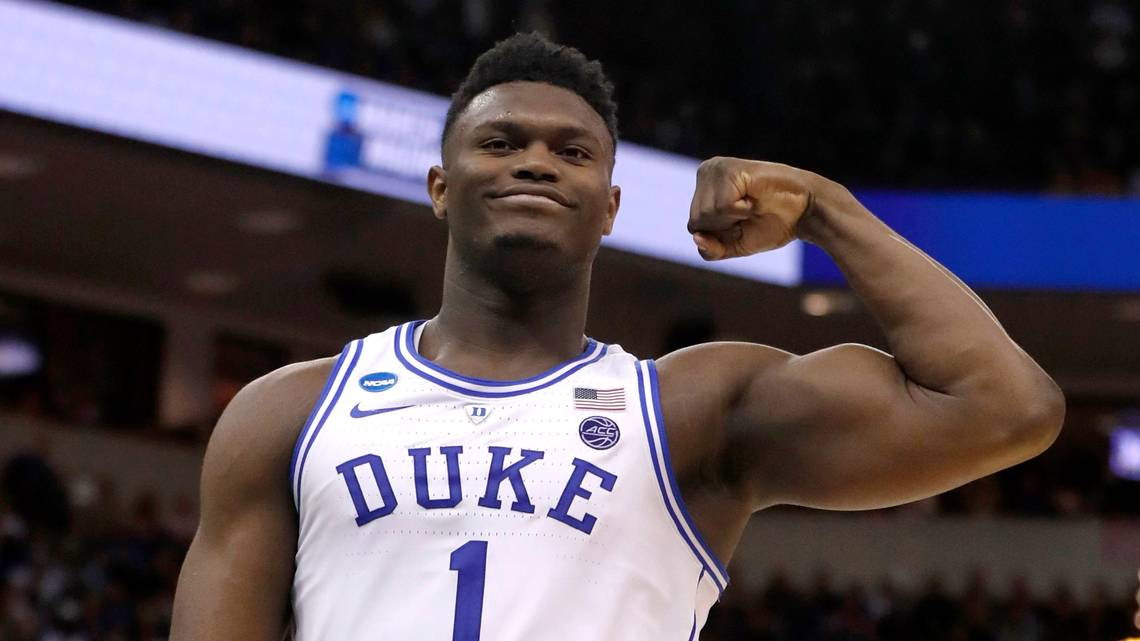 Zion Williamson was the most hyped NBA prospect since LeBron James. Williamson played with the best recruiting class in Duke history and has lived up to the hype; however, Gina Smith and Prime Sports Marketing have made the last few days for Zion and Duke very stressful with accusations claiming that Nike, Adidas, and Duke University paid his family.

Williamson and his mother, Sharonda via SportsGossip.com

Nike has been sponsoring Duke since 1992 and has a contract until 2027. Last year, lawyer Mike Avenatti accused Nike of giving cash payments to student athletes to go to their sponsored schools (this includes Duke University). Investigators found nothing wrong with Nike and Duke University, and Avenatti was found guilty of extorting Nike. A spokesman, Kevin White, Director of Duke Athletics, spoke up about these allegations in 2019 saying that Duke athletes are “subject to a thorough review to ensure their eligibility” and “Duke works closely with the NCAA and the Atlantic Coast Conference on all compliance and eligibility matters.”

On Monday evening, Scott Polacek of Bleacher Report, wrote that Ford and Prime Sports Marketing will use Duke Head Coach, Mike Krzyzewski, as a witness in the trial. The marketing company is now looking for people inside the Duke Basketball organization to depose and get rid of leaders in the program; including the Hall of Fame coach. Willie Gary, the attorney said, “We are leaving no stones unturned, if you get my message.” Looks like even Coach K is in the hot seat for this scandal as well.

Big schools across the NCAA have been put to the test every year with tampering and bribing athletes to come to their program. But this one seems different; it is personal. Zion left one marketing company and signed to another, and I think Prime Sports Marketing is using this as blackmail to get back at Williamson for leaving them and suing them. Look at Kansas and Louisville it seems that they are at the forefront of this each year, but once Duke is involved people stop and notice. Duke Basketball is one of the most hated college programs in the Nation. Why? They win and bring in the best recruits each year. Not to mention they have had players like Grayson Allen and Christian Laettner that played physical, dirty basketball and a lot of people do not like that.

Zion Williamson has not been accused of anything; these are just allegations. All he is being asked to do is confirm or deny these actions on whether or not they occured during his time at Duke. There has been no proof on whether or not tampering did happen, so Duke University and Nike are in the clear for now until an investigation is concluded.