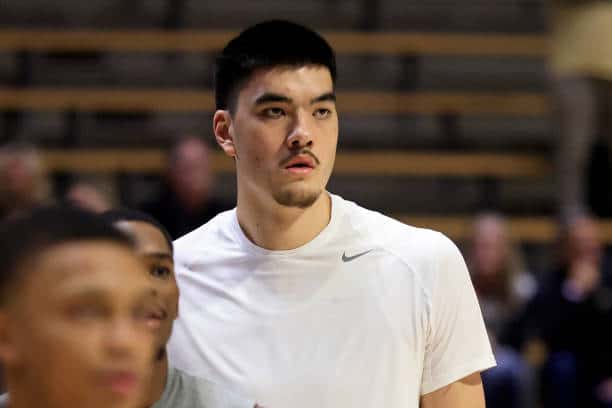 Joe Jackson and Ethan Carbone combine to give their Big Ten basketball power rankings for week 4.

Matchup of the week: North Carolina vs. Indiana

Sneaky good matchup of the week: Illinois vs. Maryland

All times listed are in EST.

Illinois had a quieter week after their trip to Las Vegas, only playing Lindenwood last week. They took over from the jump, and it was Skyy Clark’s best game of the season with 19 points on 8-of-9 shooting. RJ Melendez played well also, with 17 points and 4 rebounds.

No one had a better week than Purdue. They went into the Phil Knight Legacy tournament with some questions due to a younger squad, including two freshmen starting in the backcourt. Purdue not only showed that they can hang with great teams, they showed that they can win. Purdue dominated the tournament, beating all three teams by double digits and really controlling the game. Zach Edey led the way with 2 20-point double-doubles and another game with 24 points. Both freshman guards stepped up at different points, and both the offense and defense hummed throughout.

Indiana dominated two inferior teams, taking care of business. They have looked better than expected on offense, and their defense has been elite. They have played five teams ranked 250 or worse in Kenpom, and then they have had a quality win at Xavier. The schedule is about to toughen up, and we should learn more about the Hoosiers, starting with a highly anticipated matchup with North Carolina.

Maryland keeps on winning in a dominant fashion. They only played Coppin State last week, but they put up 95 points… while shooting 4-of-24 from three. They have been one of the best interior teams so far. The Big Ten opener at home against Illinois is going to speak a lot about this Maryland squad.

Iowa finally cooled off a bit on offense, only putting up 74 and 66 points against Clemson and TCU respectively. Kris Murray has shown he can carry the burden offensively, but Iowa will need to prove that they can find ways to win when the perimeter shot is not falling.

Ohio State held its own, looking like a tourney team in the Maui Invitational. After losing to San Diego State, they beat Cincy by 28 and followed it up with a solid win over Texas Tech. Duke is going to be a really fun matchup. Brice Sensabaugh has been really good as a scorer, scoring double figures in every game while playing less than 24 minutes in all of them.

Michigan State lost the first round of the Phil Knight Invitational to Alabama, and then they scraped by against both Oregon and Portland. Both are solid teams. Michigan State has put itself in a lot of close games early in the season, but they have competed. Right now they need to get healthy with both Malik Hall and Jaden Akins sidelined.

Wisconsin is showing that they once again love close games. If it was not for a putback buzzer beater from Kansas, Wisconsin would be undefeated. They are doing it purely on the defensive end, as they are one of the worst shooting teams in the country. The Badgers have no issues slowing down the game and turning it into a defensive battle.

Michigan beat Jackson State, but they did not look too impressive in doing so. They are finding ways to win, mainly because they are more talented than the teams they have played, but it seems like Michigan still has a lot to figure out. As long as Dickinson is playing as an All-Big Ten player, Michigan will have opportunities to rise. 2 matchups could allow them to do just that this week with Virginia and Kentucky.

It is tough to get a complete gauge on this team based on the level of competition they have played. They lost to the only top 100 Kenpom team they played in Temple. The only other team better than 225 was UMass Lowell, who they beat by eight. This week will be two important matchups to see how they stack up, but they may have to continue to do so without Paul Mulcahy.

The Wildcats have surprisingly relied on defense to fuel a 5-1 start. They held a good Auburn team to 43 points, although they only scored 42 themselves. And then Pitt happened. Pitt was able to put up 87, largely due to going 14-of-22 from downtown. Northwestern does not have the offense right now to be able to keep up with teams that score a lot.

Nebraska hung in, but ultimately could not make it a close game down the stretch of both the Oklahoma and Memphis games. They then were able to beat Florida State by 17, a positive sign for the future. They have another winnable game against Boston College before facing a really tough stretch of their schedule.

After barely beating Cap Baptist in overtime, they lost to UNLV by 9. They have not been terrible on defense, but when they get missed shots, they are one of the worst rebounding teams in the country. They finally have a healthy squad, which will give them hope to be able to try and climb out of the cellar of the Big Ten.