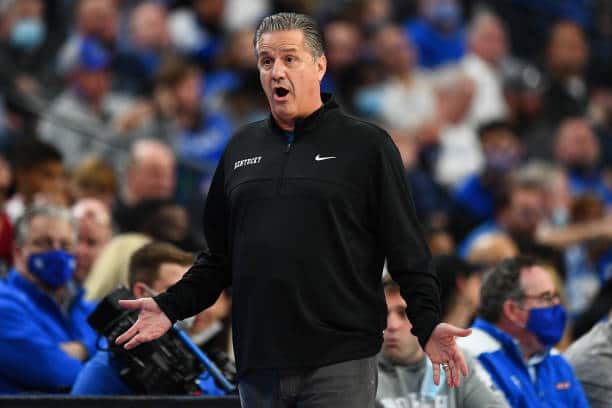 As the start of the new season grows closer, CBB Review gives its SEC Basketball Preview.

Who else but the reigning Wooden Award winner? The National Player of the Year will yet again captain John Calipari’s Kentucky squad after averaging 17.4 points and 15.1 rebounds. With all due respect to Colin Castleton, Isiaih Mosley, and Nick Smith, this is the easiest Player of the Year pick out of any major conference. The effect on the game that Tshiebwe has is immeasurable, and the Wildcats are a completely different team with him on the court.

While “only” standing at 6 -9, Tshiebwe weighs 260 pounds and uses his frame to grab any and every rebound in his sight. Don’t think he’s just a big body either. While he averaged 1.4 blocks per game last season, he bested that mark with 2.0 steals per game as well. While he doesn’t shoot threes, and his damage is done almost entirely inside the paint, he’s so dominant that opponents’ game plans will focus completely on finding ways to stop him by any means.

Could he go back-to-back with the Wooden Award? If the Wildcats can win a postseason game for the first time since before the COVID-19 pandemic, it’s certainly a possibility.

Williams’ team should have gone to the NCAA Tournament last year, but given that four of their five starters from last season’s NIT finalist team return, they’re a solid bet to make the tournament for real this go-around, and that’s thanks in large part to Williams.

The Aggies haven’t had much success recently, last making the Big Dance in 2017-18, Billy Kennedy’s penultimate year. Last year, however, the Aggies started 15-2 before ending the year at 27-13 and NIT runner-ups. After going on a run to the SEC Tournament title game, many pundits expected the 23-12 Aggies to receive an at-large bid. That did not materialize, however, and Texas A&M’s performance in the NIT revealed that they might have deserved it after all.

But what’s in the past is in the past, and what’s in the present looks bright for the Aggies. The leader of last year’s team, Quenton Jackson, is gone, but the other four starters return for another year. In an offseason in which the SEC underwent loads of roster and coaching turnover, the Aggies were one of the few teams to mostly stay the course. Look for Texas A&M to be close to the top of SEC basketball come March.

Smith is the highest-ranked incoming freshman in SEC basketball, according to 247Sports. Hailing from Little Rock, Smith is the highest-ranked freshman in Arkansas’s history, also according to 247Sports. A gifted scorer, the 6-4 Smith is able to get to the basket down low, shoot mid-range, or hit a three. He’s a threat to score anywhere on the court.

It’s not just his scoring, however. Smith’s ability to facilitate the ball is top-notch, though he’s likely a better spot at shooting guard than the point. Defensively, he’s very good on the perimeter. Given the amount of turnover from last year, it’ll be hard to predict what Arkansas’s roster will look like in the regular season. However, the best bet is that Nick Smith will be one of the Razorbacks leading the charge.

The Missouri State transfer was a scoring machine last year for the Bears, ranking 15th nationally with 20.3 PPG. He joins a Missouri squad led by first-year coach Dennis Gates that could be a lot better than expected. While some transfers from mid-major leagues take time to adjust to the higher level of play, don’t expect much of a learning curve from Mosley. In games against Oklahoma and Drake last season, he dropped 28 and 27 points, respectively. His junior year also included a 43-point performance against Northern Iowa and 40 against Loyola Chicago.

For a team that loses guards Javon Pickett and Amari Davis to the portal, picking up Mosley could turn this team from the bottom of SEC basketball closer to the middle.