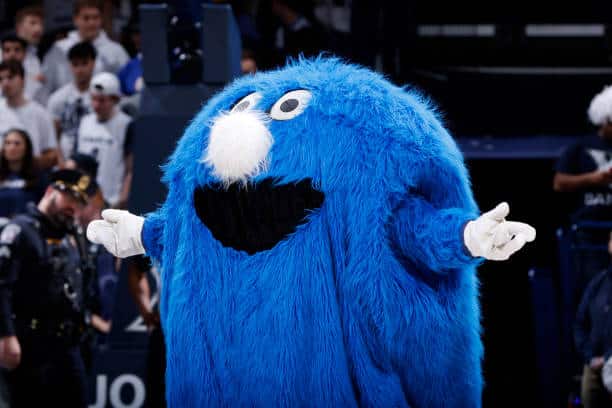 The Xavier Musketeers come into the 2022-23 college basketball season with very high expectations and a familiar face leading the way.

CBB Review is once again ranking the top 100 teams heading into the 2022-23 season. Each day we will reveal the next team until we reach the team slotted at number one. Coming in ranked number 29 are the Xavier Musketeers.

The Xavier Musketeers have one of the most experienced and deepest rosters in a Big East that experienced as much change as ever in the offseason. If there’s one team up top to keep an eye on, it’s this Xavier squad. Sean Miller comes back to Cincinnati where he began his Division I head coaching career. This time, he comes in as a more polished coach, ready to put Xavier atop the conference. He’s blessed with an outstanding roster in year one.

After a very promising freshman campaign, Jones turned it on even more last season, serving as a scoring option, and nearly outrebounding Jack Nunge to claim the top spot on Xavier’s team.

This season, Jones is slated to take over even more scoring, as Paul Scruggs and Nate Johnson move on from the program. Although there are multiple scoring assets on this Xavier Musketeers team, Jones seems like he could be in for a big year, given he’s been a primary scorer as an underclassman.

Last season, Jones played his best basketball at the tail end, earning NIT Most Outstanding Player honors during Xavier’s championship run. He finished the season with a streak of 11 games in a row of scoring at least ten points. In the NIT Championship, Jones dropped a career-high 21 points on 9-of-13 shooting against Texas A&M.

The biggest question mark about Zach Freemantle is his relationship with the team.

Of course, if you’ve followed the Big East, you know how crucial Freemantle can be for the Xavier Musketeers. In his sophomore season, he averaged over 16 points per game and looked like the next best thing in the conference. But production dipped handily last year.

If Freemantle is locked in, he can be one of the top players in the Big East. And if he revisits that 2020-21 season, it arguably makes Xavier the top team in the Big East.

Out of all the analytics and statistics, am I really going to nitpick free-throw percentage? Why, yes I am.

Last season, Xavier was not a good free-throw shooting team, shooting it at a shade under 70%.

But that’s more important than you might think. The Musketeers were 35th in free throw attempts in the country, and third during Big East play.

Luckily, the percentage was a bit better in the conference, but Xavier was still 8th out of 11 teams. It’ll be important to fix that because the Musketeers utilize their big men.

Adding Souley Boum from the transfer portal should help some of the issues, but you never want to be that team that’s Achilles’ Heel is making shots from the charity stripe.

The starting lineup for the Musketeers has a bit of everything. Boum comes from UTEP where he was a potent scorer and playmaker. Kunkel, Jones, Freemantle, and Nunge can all score in bunches, making Xavier one of the few teams in the country where every player in the starting lineup is a threat to score 15 or even 20 points on any given night.

Off the bench, there’s no solidified or experienced 6th or 7th man, but it is a very deep bench full of talent. Jerome Hunter and Dieonte Miles should play big roles, but Kyky Tandy is one name to watch. Last season was shortened due to season-ending surgery, but the year before, he was a solid role piece.

Freshmen Kam Craft and Desmond Claude could also surprise people and get good playing time. As noted in the link, I’m very high on both players, despite minutes potentially being sparse.

Xavier will be tested in the non-conference, thanks to a Gavitt Games matchup with Indiana and a Big East-Big 12 Battle contest with West Virginia.

The Musketeers are also in the Phil Knight Legacy. Their path to the championship would be Florida in the first round, Duke/Oregon State in the next round, and a third and final game against either Gonzaga/Portland State/Purdue/West Virginia.

Despite a very hard schedule, the Xavier Musketeers seem built for it. They might not be getting the love that Creighton, UConn, and Villanova are in the Big East, but they seem poised to finish right near the top and are a serious threat to cut down the nets in Madison Square Garden.