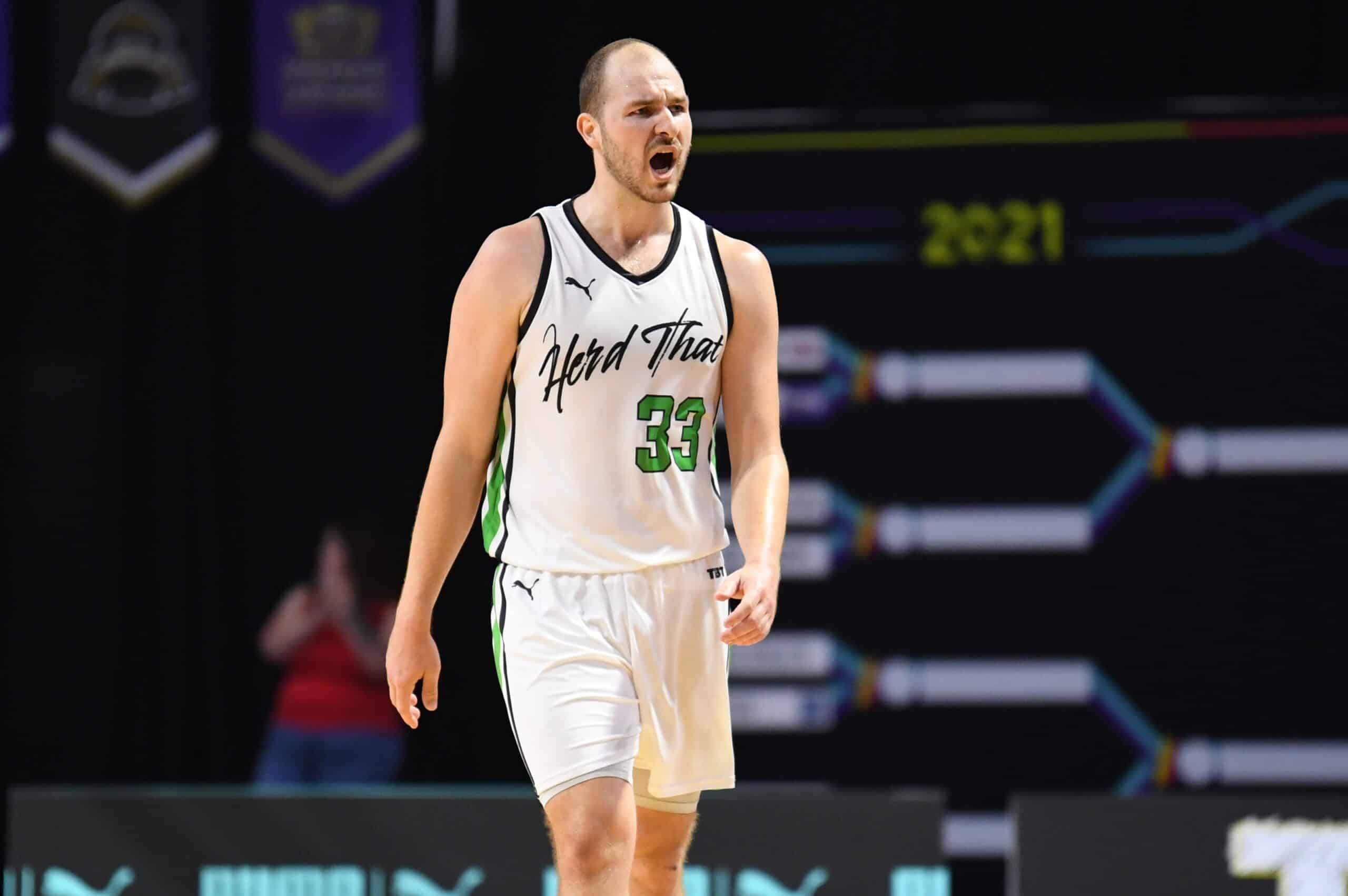 Led by the TBT Legends in the Elmore brothers, Herd That strives to continue their high status in the TBT.

The Elmore brothers are always a fan favorite, thanks to their “Ordinary Joe” body types and their ability to dominate on the court. However, this Marshall alumni-based team is more than a two-person squad, with talent throughout the roster.

John is not only one of the best players in Marshall basketball history but in conference USA history. Elmore always delivers for Herd That in the TBT and his scoring ability is second to none. If Herd That is going to make a run, they need to give the ball to John and get out of the way because he is the piece that will lead them to victory.

Elmore is the rare example of a make-or-break player in which all he needs to do is make a big momentum shot to drive his team to victory. We’ve seen him make that big three year in and year out that has caused a burst of energy from the fans and the team. While that shot barely helps Herd That from a game standpoint, it’s the mental standpoint that makes the difference.

The 4 seed Herd That will take on the Founding Fathers in the first round, a difficult matchup to start but very winnable. After that, they will have to take on Best Virginia in hostile territory. We’ve seen Herd That make a surprising run before, so why can’t they do it again? The Elmores and the supporting cast will do what they can to succeed and try to bring home a trophy.