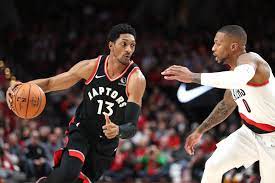 Perennial power Armored Athlete has rebranded to Friday Beers, the social media group known for counting down until the weekend and a love of alcoholic beverages.

Armored Athlete has a storied TBT history, with the 3rd-most wins all-time out of teams participating this year. Stocked with a 5’11” Instagram micro-celebrity center (Rusty Featherstone) and a 5’10” power forward of the same fame (Liam Cullagh), regardless of how Friday Beers plays on the court, fun will be had, along with a few cases of beer.

Brantley, the 50th overall pick in the 2019 NBA draft, had a stellar career at College of Charleston, averaging 19 points and 8 rebounds per game in his senior season. He spent the next two years splitting time between the Utah Jazz and their G League affiliate, the Salt Lake City Stars, even earning some postseason appearances both years. Currently playing for Leones de Ponce in the Puerto Rican league, Brantley is a very physical player who excels on the defensive side of the ball. In a team that is older than most in the field, Brantley will provide a youthful energy on both sides of the court.

Dawkins is most remembered in college basketball fans’ minds for *almost* getting a tip-in with seconds to go that would have sent home Zion Williamson’s Duke team in the 2019 NCAA Tournament. Dawkins is the son of Johnny Dawkins, who coached his son at UCF and is currently still the coach of the Knights. After going undrafted, Dawkins played in the G-League, the Bundesliga, and finally the BSL, where he currently plays in Turkey. Dawkins has been oft-injured during his career, and the 6’6” forward could use a good showing in the tournament to show how good he can be when he’s healthy.

The undisputed kings of the weekend are coming for that $1 million bag! 💰@Friday_Beers pic.twitter.com/lpzyNYUTXf

This Friday Beers team isn’t as good as the Armored Athlete powerhouses of the past, but a diverse mix of skill sets could make them a trendy pick to win the Syracuse Regional. While Frankie Ferrari and Jarrell Brantley can become a lethal combo, this team does not match up well against their projected second-round opponent, Blue Collar U. A first-round victory is certainly doable, but getting into the third round will be a surprise.