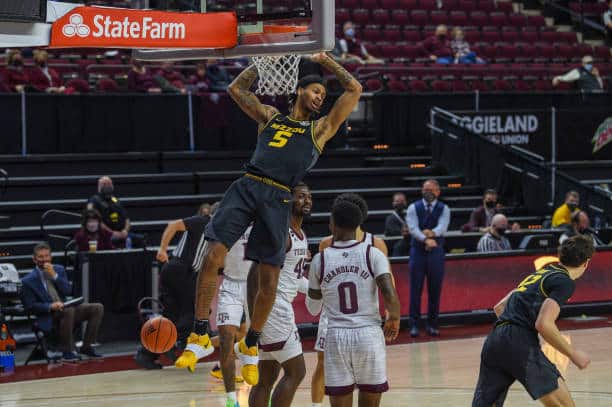 Team About Billions look to make an underdog run in their first TBT as they represent boxer Adrien Broner’s “About Billions” brand.

Team AboutBillions enters into the TBT looking to go on a run that some may not expect. As the 8th seed in their region, they have some work to do. However, they have formed a talented squad that should get out and score a lot. Look for them to have a lot of confidence as well as they are backed by the boxer Adrien Broner.

Mitchell Smith played 4 years at Missouri before beginning his overseas career last season. He averaged 19.7 points per game and 7.1 rebounds per game while shooting 42.9% from 3. He is athletic at 6’11 and can do a little bit of everything on offense. On defense, he can protect the rim and switch out to guards if need be. The 3 point shooting will be important as it helps space out the floor a lot. This allows both himself and others on his team to have better driving lanes. Look for Smith to be highly involved on both ends of the floor for Team About Billions.

The 5’11 point guard will need to be dynamic for Team About Billions. While playing college basketball for St. Joseph’s, Jones averaged 17, 17, and 14 points per game in his final three seasons. He can shoot the ball pretty well, but he is very shifty and can get into the lane well. Look for him to get a few steals on defense that will lead to easy offense on the other end.

Team About Billions will have one of the better players in the Xavier regional, and their success may depend greatly on how well Mitchell Smith can perform. They have a difficult first matchup against Florida TNT, and an even tougher regional in general. Although they may be counted out by many, look for this team to throw some good punches and try and make a deep run in TBT.