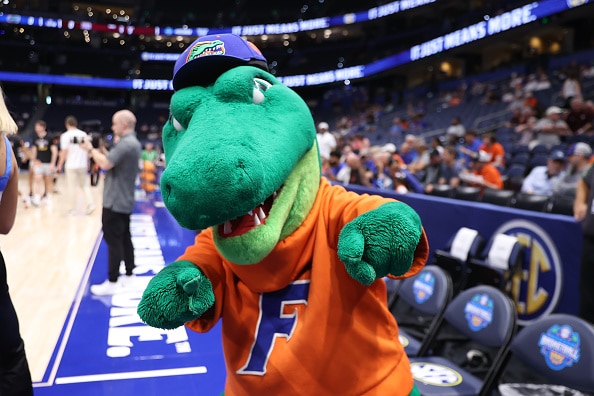 Conference realignment has been a hot topic over the past year. CBB Review reimagines this exercise using a key number in college athletics: enrollment.

The ever-changing landscape of politics and money in college sports consistently leads to one topic of discussion: in what conference can a program gain the most in both areas? Football obviously plays a big role there, but a successful college basketball program can be a moneymaker too. This is especially true when it comes to postseason success. Alas, this is how cards shuffle and programs can work their way out of the low and mid-major ranks and up to power conference status.

Fans and alums alike love to try and make arguments for why their school should move to this league or that conference. For fans and alums of 25 schools, that’s a reality they face as the calendar flips to July 1st. With that being said, CBB Review takes aim at reimagining conference realignment using strictly one measurement: enrollment.

Here is the basic explanation: take all (current) 358 teams and rank them 1-358 by most recent enrollment numbers that could be found. In order to place them into leagues, KenPom‘s league rater for the 2021-22 season was used, with the same number of members being kept for each league. For the purpose of this exercise geography does not matter. Got all that? Great! Without further ado, let’s dive into the new look of Division I.

The Big 12 was the cream of the crop according to KenPom last season. The league now boasts back-to-back national champions, with Kansas taking the crown this season and Baylor the previous one. Our conference realignment exercise means the league now has to learn how to live without those two powerhouses, and without any of the current 10 members as a whole. The good news is that some of its new members boast national titles of their own, including the last program to back-to-back. Teams will be listed in alphabetical order.

Arizona State is the second-largest university in Division I when it comes to enrollment. Boasting one of the most popular online degree programs in the U.S. attributes to that. Thanks to that, the Sun Devils find themselves in the Big 12. Arizona State has 16 NCAA Tournament appearances, with three of those coming in the past decade. Bobby Hurley continues to try and make this program a consistent winner, but have only finished above .500 in three out of his seven seasons at the helm. For ASU, maybe the grass will be greener with new conference foes.

Central Florida has been playing Division I basketball since 1984, and with a beautiful Orlando campus, boast the fourth-most students in the D-I basketball landscape. Ironically enough, UCF and the Big 12 are not a pipe dream, as the Knights will be a member of the league on July 1, 2023. They bring five NCAA Tournament appearances to the table, with just one win in those appearances. However, that came just three years ago, and they were barely denied a second win with the “rim-roll seen ’round the world.” Johnny Dakwins has this program going in the right direction, and many believe the school has the resources to turn the basketball program into a consistent winner.

In an amazing turn of events, the Big 12 is stealing from the SEC! The Florida Gators bring the last back-to-back national championship run with them, having won in 2006 and 2007. Amazingly enough, Florida has played 101 seasons of basketball but did not make its first NCAA Tourney appearance until 1987. It’s been worth the wait with the amount of success the program has had since. Todd Golden enters the fold looking to keep that kind of success going. Florida could easily be the new face of the new Big 12.

Our third school out of the state of Florida comes in the form of FIU. The Panthers are by far the weakest of the three in terms of history. The program has one NCAA Tournament appearance to its name, and that was as a 16 seed. Furthermore, Florida International has had just three winning seasons in the past decade. There is recruiting potential given FIU’s location near Miami, but the Panthers’ new league foes will certainly make it any easier to be competitive.

Georgia State has been one of the better mid-major programs in recent years. The Panthers have made four of their six NCAA appearances within the last seven years, including their thrilling upset of Baylor in 2015. This is a program that could easily thrive if given an opportunity in a power league like the Big 12. Atlanta is known for producing some of the best basketball talents out there, and a rise in conference prestige would only add to the attractiveness to play there.

Illinois makes a somewhat lateral move, coming over from the Big Ten. The Fighting Illini have 32 NCAA Tournament appearances, but only two over the past ten years. Luckily, those two have come in the past two seasons, as it appears they are on the verge of being consistently nationally relevant once again. The Illini have not found the second weekend of the tournament since finishing as the national runner-up in 2005. This is another program, alongside Florida, that could jockey for winning league titles yearly in the reimagined Big 12.

Liberty is another fast-rising mid-major in the conference realignment landscape. The Flames will be making real-life moves to Conference USA a year from now. However, it would not be surprising to see Liberty move even higher up the pecking order in the near future given the school’s success both on the gridiron and hardwood. Liberty earned its first NCAA Tournament win in 2019 and pushed Oklahoma State to the brink in 2021. There is a lot of upside for this program if given a chance in a power league.

Illinois isn’t alone in having a former Big Ten foe join them. Minnesota gets in on the new Big 12 fun, bringing 14 NCAA Tournament appearances with them. The Golden Gophers made their lone Final Four appearance in 1997, but haven’t made it out of the first weekend since. Ben Johnson has been tasked with trying to make a consistent winner in Minneapolis. A fresh start in a new league could allow this program to finish in the top half of the league each season.

Ohio State is another program that brings a national title to the new-look Big 12. The Buckeyes have been in 35 NCAA Tournaments and took home their lone national championship in 1960. Ohio State has been on the brink of a championship three times in the past 25 years, including finishing as the runner-up in 2007. Sign me up for a league that has Florida and Ohio State battling it out for conference supremacy year after year.

To round out our new Big 12 in the era of conference realignment, an old friend returns, in Texas A&M. The Aggies just could not stay away for too long. In their return from the SEC, they have just two NCAA appearances to show for their time in the Southeastern Conference. The program has been to the Big Dance a total of 14 times, only making it as far as the Sweet 16. Basketball will always come second in College Station, but there is no reason that means they can’t compete every year.