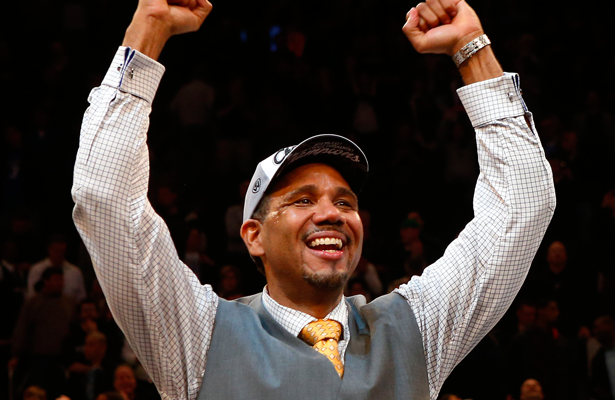 Multiple Big East teams made splashes by hiring their coaches of the future in the 2022 college basketball offseason.

It was hard to fly under the radar – Butler, Seton Hall, Villanova, and Xavier all hit the coaching carousel for one reason or another. All four teams went in different directions in the hiring process. The Bulldogs and Musketeers brought back old friends looking to revitalize their careers. The Pirates and Wildcats went with family, giving a couple of young guns the reigns.

Those four new coaches join a Big East conference already filled with established veterans and others looking to prove themselves even more.

Patrick Ewing’s coaching career took a sharp upward curve as the Hoyas made a remarkable run to grab the 2021 Big East Championship. Just as quickly, it came crashes back down to earth, as Georgetown finished the 2021-22 season with a 6-25 record and zero Big East wins. For someone who means as much to his program as anyone in the country, Ewing might be on his last leg at the helm of the Hoyas.

When Stubblefield came in to replace Dave Leitao at DePaul, it came with some mixed reviews. He had never held an official head coaching job in Division I ranks before, but did have a great track record as an assistant coach with Oregon. By my measures, a 15-16 record with six wins in the conference at DePaul is a fine first year. Everyone knows the challenges of recruiting and winning at DePaul, but so far, I’m pleasantly impressed.

The biggest knock against Kyle Neptune is the same as Stubblefield’s. The 37-year-old was only the coach at Fordham for one year before he was announced as the replacement for Hall of Fame coach Jay Wright. That lone season also wasn’t anything to be overly excited about, as the Rams finished 16-16 and 8-10 in the Atlantic 10. But, Villanova is an esteemed college basketball program as anyone. They didn’t go into this blindly and Neptune knows Wildcats basketball like no one else. The hire has a better chance to be a perfect fit than a dud, but there’s just not enough to base it on yet.

Anderson’s really done a tremendous job at St. John’s, a program that didn’t have much to vouch for when he showed up. My favorite stat about him is in 20 years in the Division I coaching ranks, Anderson’s teams have never once finished the season under .500. He coaches his players hard and has started to build something in Queens, as the Red Storm roster looks on paper to be top half in the Big East this upcoming season. He just needs to get out of the mediocracy with the Johnnies and bring them to the next level in 2022-23.

Matta’s .740 winning percentage stands 27th in college basketball history among coaches with at least ten years under their belt. That number’s even more impressive considering he’s coached 17 seasons and all of them at major basketball schools. But, he’s been out of coaching for a while, last calling the shots at Ohio State in 2017. The Buckeyes finished 17-15 that year and a lot’s changed in the college basketball landscape. It’ll be a test of Matta’s ability to adjust this season.

It’s crazy how many coaching legends are now in the Big East conference and Shaka is another one. His track record at Texas didn’t go nearly as well as the Longhorns wanted it to but now he’s coaching in his home state of Wisconsin. Funny how life works out! And in year one, Smart’s Golden Eagles were arguably the biggest surprise of the Big East. They went 19-13 and 11-8 in conference but took home wins throughout the season over Illinois, No. 16 Providence, No. 20. Seton Hall, No. 11 Villanova, No. 20 Xavier, and No. 12 Villanova. Smart did lose a decent amount of players in the offseason, so we’ll see how he responds.

Call it recency bias, but the Holloway hire was a slam dunk for Seton Hall. It was only a matter of time until Kevin Willard said “peace out” and went to Maryland, and Sha is a Seton Hall legend. His Elite Eight run with little ‘ole Saint Peter’s proved his coaching genius. The Big East is a major step up from the MAAC, but so far on the recruiting and transfer trail, Holloway’s done a stellar job.

Like Matta, Miller returns to a program he once already coached at and with a gap in between the last time he stood behind the coaching lines. Although, for Miller, it’s not as big of a deal, given just one year went by between his last game at Arizona and once Xavier hits the court in 2022. Despite an alleged scandal that involved Miller illegally paying DeAndre Ayton money to come to Arizona, he’s back with Xavier, and that should make Big East coaches nervous. We saw what he accomplished in Tucson, and I’m not saying his entire recruiting style was based solely on money, but in the age of NIL, he might not be the worst guy to have on your side. Just saying.

Dan Hurley is rebuilding the Huskies back into what they should be: a dominant Big East program. While he hasn’t reached Jim Calhoun status yet, and likely never will, he’s helped bring the Huskies out of the depths of Kevin Ollie’s trainwreck. The only thing Hurley needs next is an NCAA Tournament victory as the Huskies have been bounced the past two Marches by Maryland and New Mexico State.

With Jay Wright and Kevin Willard no longer in the Big East, it turns the tide for Greg McDermott to take over as a coaching leader of the conference. He’s had Creighton at the top of the conference for what seems like an eternity. The Bluejays haven’t had less than 20 wins since 2015, and they’ve made four (five if not for COVID) NCAA Tournaments in that time span. This year, he has Creighton in position to be ranked close to the top five in the preseason polls, so watch out for middle America!

Cool as the other side of the pillow! Ed Cooley is the man, the voice, and the best coach in Big East basketball. He’s taken the Friars out of the dungeon of the Big East and last season had his best year as head coach of Providence, going 27-6. It’s hard not to like Cooley, who’s not only a winner but also a great person. Yes, the best coach in the Big East currently leads Providence.