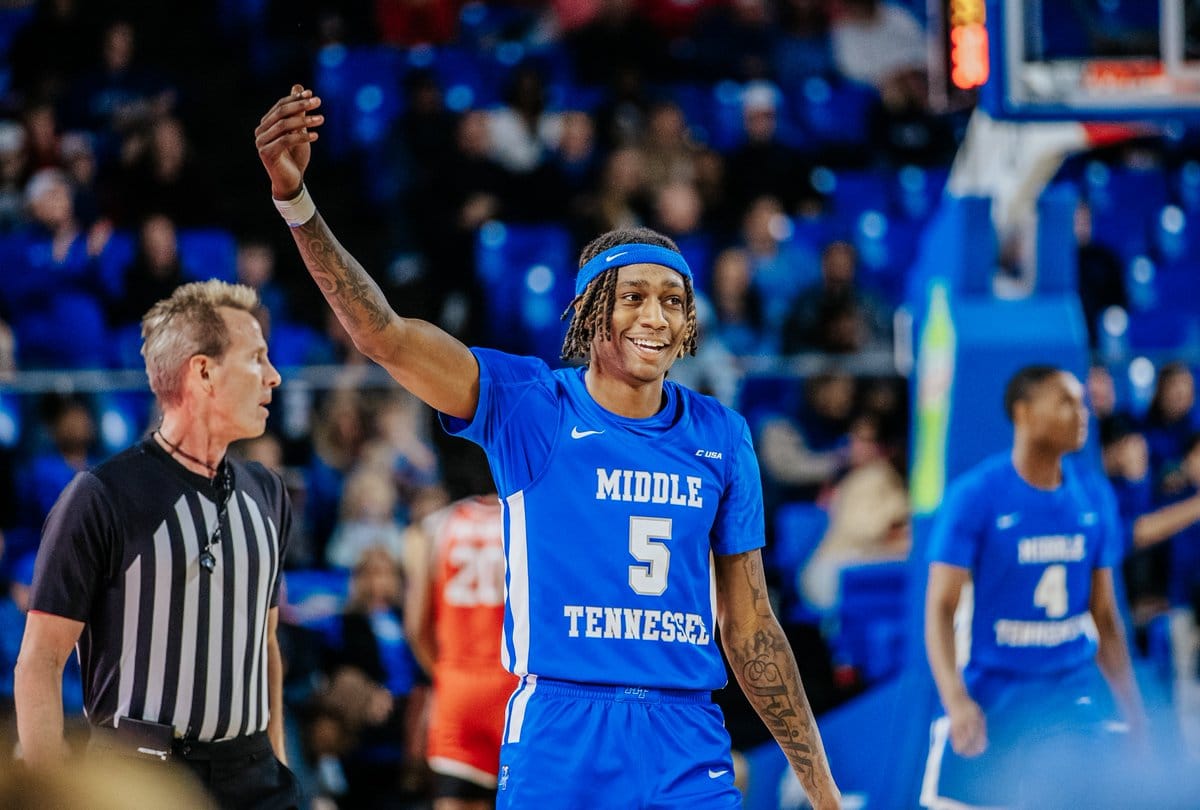 College basketball’s over and underachievers vary each year, but this year featured some extraordinary ones.

Before each year, coaches of their respective conferences vote on projected conference standings and hope that they can look back in April and see how accurate they were. Some teams played to their expectations, while many either surpassed them or underperformed. Here are the awards for college basketball’s over and underachievers.

To look at each conference’s full preseason, final standings, and change, click here.

Note: This isn’t looking at individual team’s projected wins/losses, solely their expected performance in the standings.

Wake Forest entered the season with the expectation to finish 13th of 15 in the ACC. Thanks to great coaching and huge jumps from several players, this team finished 5th in the conference and just shy of the NCAA Tournament.

With the Big Ten expected to have a monster season full of talented teams, Wisconsin was considered an afterthought and placed at #11 in the preseason poll. Johnny Davis had other plans, and the Badgers claimed a share of the conference title (I put them as 2nd in standings since that was their seeding in the tournament). Congrats to Wisconsin on a magical season that will have Brad Davison returning once again.

LBSU pulled off the perfect season in terms of overperforming. They were picked to finish 10th of 10 in the preseason and finished the season 1st. They were not able to punch their ticket to the NCAA Tournament, but going from last to first in a season proves how unpredictable college basketball is and how impressive doing this is.

There’s a really good chance this won’t be broken for a while, considering most conferences don’t even have 12 teams. This Middle Tennessee team had other ideas when coaches tabbed them to finish last in not only their CUSA division but the whole conference. Instead, this team rallied to finish first in their division and second in the conference, an unreal transformation.

When Long Beach State went from last to first, Cal State Bakersfield went from 2nd best to 2nd worst. Not a good look for this team who will hope to finish closer to that second spot than 9th next year.

Michigan was expected to win the tough Big Ten and be a top 5 team in the nation. Instead, they finished 8th in the conference, and even though they went deep in the tournament, there was serious debate whether they should have made the tournament at all, losing 14 games.

Marshall had high expectations in the CUSA, expecting to finish 4th in a loaded conference. They would end up finishing closer to the bottom, with nothing seeming to click with this team. I understand why Oregon State was expected to finish 4th due to their Elite 8 run last season, however, it proved to be a fluke when Oregon was one of, if not the worst Power 6 conference team and finished dead last in the Pac 12.

Northeastern had a nearly identical result as Cal State Bakersfield but finished dead last in the conference instead of second to last. The Colonial had a lot of movement, which we’ll get into later, and they were the biggest victim.

The Northeast conference wasn’t too accurate in picking exact standings, with only one being correct, but they left little room for failure, with nine of the ten teams being within one spot of their projected standings. Mount St. Mary’s was the only team that didn’t fit that criteria, finishing two spots lower than projected.

The Missouri Valley conference had every team finish at most two spots over and under their expected performance, and four of the ten teams were correctly picked, and in weird spots as well with 2,4,7, and 9th place all being correct.

If you took away two teams, this would be the runaway winner, but Purdue Fort Wayne finishing 7 spots over projection and Milwaukee finishing 5 spots under slides them down to the second. Even with these big misses, they did get an outstanding 7 picks correct, more than ten conferences combined!

While they didn’t get seven correct, they got three on the dot. They also like the Northeast conference only had one team finish outside of one spot within their projected finish. If these coaches don’t make it on the court, they should invest money in futures, because they know how to pick their standings.

The Big Ten was all over the place with Wisconsin finishing 8 over projected, Iowa 6 over projected, and Illinois finishing 5 over projected. On the flip side, Indiana and Nebraska finished 4 under projected and as we know the Michigan Wolverines finished 7 spots below expectations. The only reason the Big Ten is ranked so low is that they did correctly pick two teams in Northwestern and Minnesota.

Another disaster here including one of the biggest risers/ fallers in a -9 change for EKU. Add on a +5 change, a +6 change, and only one correct pick and you end up at #4 on the list.

So much is happening here. TWO teams finished 7 spots over projection and one finished 8 spots under. The only way they could have redeemed themselves is by getting at least one pick correct and they couldn’t even do that.

Middle Tennessee is all you need to see, a 12 projection shift. If you look a little further, you can also notice the -8 from Marshall and the two +5s in there as well. None correct is just a bad look for the conference.

Like the Colonial, this conference had a gross amount of movement. The reason why they are your winners is that the teams they picked to finish 8,9, and 10 in the conference finished 1,2, and 3. How does that even happen? These coaches should stick to coaching and not predictions if they want to be successful in life.

One thought on “College Basketball’s Over And Underachievers”