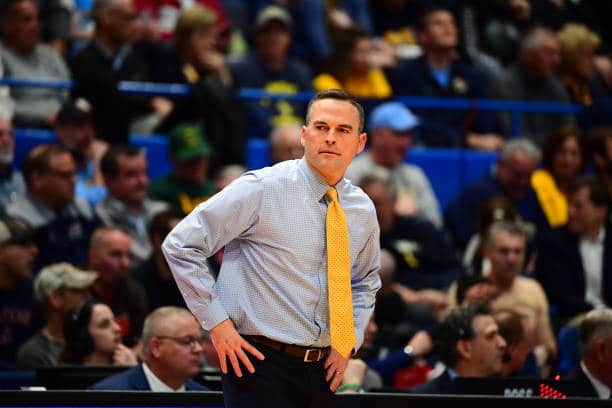 LSU adds Cam Hayes as the Tigers look to fill out a roster nearly from scratch.

Cam Hayes spent two seasons with North Carolina State, bouncing in and out of the starting lineup. The 6-foot-3 guard was known to be inefficient from the field but did provide valuable points and assists for the Wolfpack.

Now, Hayes comes to LSU and new head coach Matt McMahon. McMahon had a proven track record at Murray State, helping to develop Ja Morant into one of the best basketball players in the world. Now, McMahon takes a leap to the SEC and has the task of developing Hayes, who’s going into his third college basketball season.

Hayes initially came to NC State as a 4-star rated and top 75 overall prospect. As a freshman, he started in 14 of the team’s 23 games during the COVID-shortened season. Hayes looked very promising, averaging 7.8 points and 3.1 assists per game. He also stepped up on defense, averaging over a steal per contest.

However, Hayes’ minutes dropped this past season. He actually did see a slight increase in shot attempts per game, but point production, assists, steals, and rebounds all dipped. Along with that came a dismal 33.5% field goal percentage. The loss of minutes likely had an effect on Hayes’ mentality and decision to transfer. It’s not easy to see a decrease in time as a budding player.

How does Cam Hayes fit in with LSU?

As a player looking for a fresh start on a team with a coach looking to build a program up after Will Wade was fired, Hayes is in a comfortable situation. With everything new around him, it could be easier to prove himself again.

At the moment, one would think Hayes has a legitimate chance to start. At the moment, the Tigers don’t even have enough to field a complete lineup, so given Hayes’ potential and experience in a power six conference, he’s a front runner to start at point guard.

It’s also notable that Murray State ranked top 60 last year in offensive and defensive efficiency. Hayes plays both sides of the floor with a lot of pace, which should work well with coach McMahon. On offense, he especially plays vertical instead of horizontal.

In comparison to McMahon’s point guard at Murray State, Hayes isn’t exactly a mirror image of Tevin Brown. But what they do both do well is jump passing lanes on defense. Hayes isn’t afraid to stick his nose out and apply pressure to come up with steals.

One part of the game Hayes could help with is the overall tempo on the court. The Racers ranked 241st in KenPom adjusted tempo last season. During Ja Morant’s sophomore breakout year, Murray State was in the top 100. Is Cam Hayes the next Ja Morant? Let’s not go that far. But he does play with quickness and his head up. If Matt McMahon is looking to improve the tempo this season, Hayes will fit that mold.

Hayes always plays with his eyes up, which is also a nice get no matter what the situation. He’s a player that looks for his teammates first. If coach McMahon can help fix his shot selection and overall efficiency, Hayes will turn out to be a solid player as LSU looks to rebuild from barely anything.