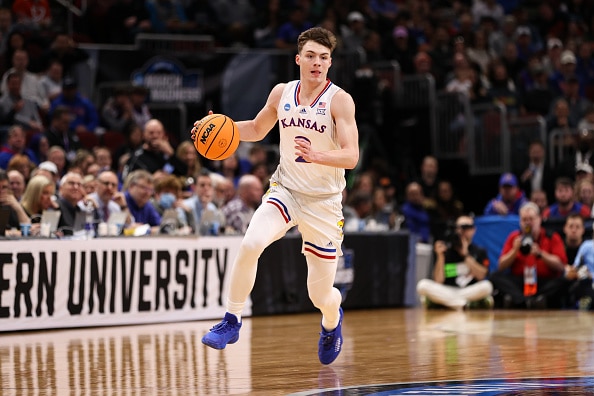 And then there were two.

Kansas vs UNC, two of the most storied franchises in college basketball face each other in the final game of an incredible season. This is only the second time these teams have ever faced in the Final, with the first happening in 1957 and ending in a 3 OT win for UNC.

Both teams have done exactly what was needed and more to get here, but to cut down the nets they will need a terrific game plan for tonight. Here are three keys to win for both teams in what could be a classic.

Between the first half of the Providence game and the second half of the Miami game, Kansas went 49 game minutes (1 full game plus 9 minutes) without making a three. Ever since then, they haven’t been able to miss, and that’s why they’ve been so dominant the last three halves. Kansas will need to take and make their threes today because UNC will capitalize on this if they are unable to fall.

While Kansas did outrebound Villanova overall last game, they allowed more offensive rebounds at 12. Kansas has struggled as a team rebounding the ball in general, but when you have a guy like Armando Bacot on the other team, who makes getting 20 rebounds look easy, at least limiting offense rebounding will be crucial. A big reason why Kansas was unable to really blow out Villanova was the extra offensive possessions, so if they can this UNC team that had 17 offensive rebounds last game to 10 or less, that will be huge.

The most inconsistent part about Kansas this tournament besides three-point shooting has been their free-throw shooting. They shot 44% and 50% against Texas Southern and Miami but shot 95% and 77% against Creighton and Villanova. Every point matters in the championship, and if Kansas misses out on these free points, it could end up costing them.

We really don’t know how serious this injury Bacot suffered last game is, but as long as he’s in he should be getting the ball. Bacot has been an absolute monster all tournament, and it will be very difficult for McCormack to guard him. If they use a similar game plan to what Kansas did against Villanova, establish a post presence through Bacot that leads to open threes, they can control the game.

Caleb Love has been a superstar this tournament, scoring over 23 in three of the games so far. He’s made the shots when they matter and has always kept them in the game. He will have to do so tonight, and while DeJuan Harris is an extremely pesky defender, Love’s offensive talent is good enough to overpower him. UNC has a lot of other guys who can step up for big games, especially RJ Davis and Brady Manek, but UNC looks most dominant when Love and Bacot are dominating the game.