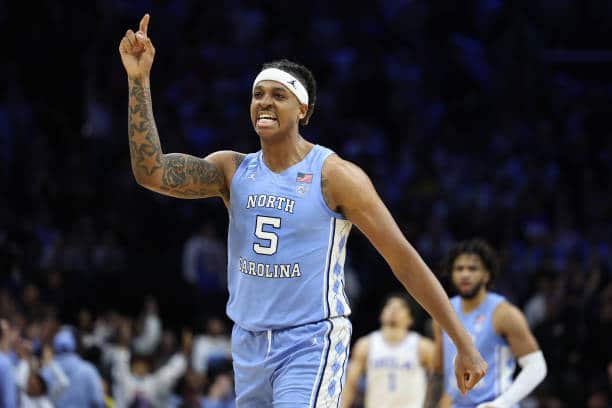 Who will steal the show in New Orleans at the 2022 NCAA Men’s Basketball Championship?

If there’s a defensive stopper who can limit some of the Jayhawks’ wings, it’s Leaky Black. The North Carolina senior has seen it all, starting in 96 games in his career. But this is the biggest game of his life and the stage is set for experienced players like Black. The Heels will need to defend Kansas’ potent offense and it starts with Black.

The 6-foot sophomore guard out of White Plains is about to have a major task going against a veteran Jayhawks backcourt. But Davis has his own skill set as a gifted distributor of the ball who can also get his own. A 30-point game against one seed Baylor shows what he’s capable of.

Remy Martin sacrificed a lot to come to Kansas as a role player after being the star at Arizona State. A 19.1 points per game scorer with the Sun Devils, Davis has seen a reduced role coming off the bench throughout Kansas’ postseason run. But he can get hot and showed so with 20 points against Creighton and 23 in the win over Providence.

“What can Braun do for you?” is actually one of the catchiest slogans I’ve heard in quite some time. And for Kansas, he’s able to do a lot. Braun isn’t afraid to be heard and that’s easy when you have the sweetest stroke in the game. If the Tar Heels allow Braun some open space, he’ll burn them with more than a couple of deep balls.

Coming into this year it seemed as if Jalen Wilson was going to be the guy at Kansas to take over that lead scoring role. He’s still been a key factor, but Wilson’s easily played first-fiddle to Ochai Agbaji. With that being said, fans of the game know what he’s capable of. Wilson can score the basketball, but his rebounding has been lethal in the NCAA Tournament. In this game against North Carolina, that’s as key as anything.

The Kansas center is a game-changer, but don’t let the big game against Villanova fool you – McCormack’s there to rebound and block shots. The scoring is a very nice after-thought. UNC will need to box out McCormack and the Tar Heels have the roster makeup to do that.

America has fallen in love with the long-hair don’t care appearance and personality of Brady Manek. The once-upon-a-time Oklahoma Sooner transferred to UNC for the fifth year and has been nothing short of spectacular. Manek is deadly from three, rebounds the basketball, and brings the energy that sometimes gives teams a bit of an edge in a win-or-go-home tournament.

I’m not sure if North Carolina would be playing for the 2022 NCAA Men’s Basketball Championship if it weren’t for Caleb Love. Like Davis, Love is a sophomore and is starting to seriously attract NBA scouts as a next-level guy. Over the last three games, Love is averaging 24.0 points per game. Kansas needs to slow him down.

Armando Bacot is tearing through anything in his way. His 21 rebounds in the win over Duke were the most by any player in a Final Four game since Hakeem Olajuwon all the way back in 1983. But Bacot isn’t just a board-getter. He’s a good finisher and Kansas will need to put up every ounce of muscle, whether he’s banged up or not.

The stars shine on the biggest stage and I’m looking at Ochai Agbaji to get it done for Kansas on Monday night. Besides maybe Caleb Love, Agbaji is the best overall pure scorer in this game and can get hot at a moment’s notice. His career arc is spectacular and tonight would really put it all together into one outstanding four-year stretch. Agbaji scored 21 against Villanova and is one more 20-point game and a win away from earning the Final Four Most Outstanding Player Award.