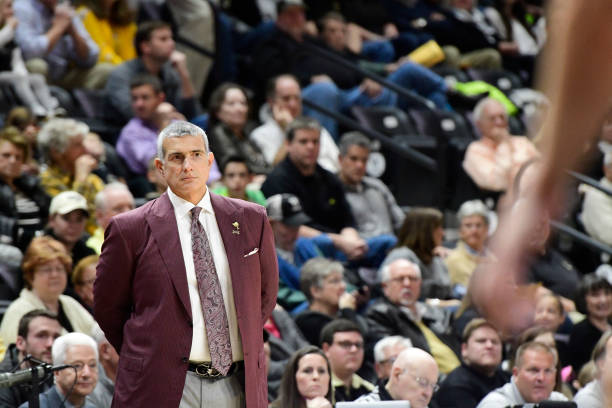 Diving deeper into the Frank Martin hiring at UMass.

To put it simply, the last three weeks surrounding the UMass men’s basketball program has been absolute chaos.

It started when, with two games remaining in the regular season, athletics director Ryan Bamford announced that coach Matt McCall would be let go after the season. McCall responded graciously and his players played their hearts out down the stretch. UMass ended up winning their next three games before a hard-fought loss to Dayton in the A10 quarterfinals. The team’s response to the firing allowed McCall to exit on a positive note but the entire way it was handled left a sour taste in the UMass faithful’s mouths.

The ensuing weeks resulted in conflicting reports on social media as to who would be the replacement. Not all the facts about the search are clear but we do believe that Bamford tried to poach St. Bonaventure’s Mark Schmidt, which resulted in the Bonnies giving him a significant pay raise. And most importantly, we know that Frank Martin will be the next head coach for the Minutemen.

The process was certainly not pretty but did UMass end up with the right guy? Let’s evaluate some of the pros and cons.

Martin sustained himself at the SEC level for a decade at a school that does not have a competitive advantage in terms of resources. While he made the tournament just once, he managed to remain near the top half of the conference in most years. It’s also fair to say that Martin made pretty good use of that tournament bid, taking the 7-seeded Gamecocks to the Final Four. Martin enters the 2022-23 season with a career coaching record (Kansas State and South Carolina) of 288-201.

Whenever something does not work, it’s logical to try a different method to achieve success. McCall knew how to run an offense but his teams usually lacked skill and intensity on the other end. Martin’s teams never had that issue. The Gamecocks finished in the top 30 defensively in six of his ten years there. His teams were known for forcing turnovers and rebounding extremely well.

It’s simple: Frank Martin is the man. If you inquire ever inquire about him, you will hear nothing but good things. In a similar sense to their new football coach Don Brown, Martin adds a “no-nonsense” element to a previously unstable program.

Having a good scheme is one thing, but being able to obtain talent is another. What comes with having such a strong reputation is parents wanting to send their kids to play for you. Martin was able to grab multiple five-star recruits during his time in South Carolina and several more four-stars. On3’s top overall 2023 prospect was favored to join Martin before he was fired.

The Firing Was Controversial in Itself

Yes, Martin was fired from his previous job, but not all Gamecocks supporters agree with the decision. Either way, as I alluded to before, Martin sustained himself for ten years at the SEC level. He clearly knows what he is doing and knows how to coach.

As we saw with McCall, coaching in the south and in New England are not entirely the same. Martin’s connections mostly lie in the south and the midwest. He was an assistant at Northeastern for 5 years but that was over 15 years ago.

The A10 Has a Unique Style of Basketball

Logically, you would think it is much easier to win in a mid-major conference rather than a power conference. In many ways, this is true, but A10 basketball is not just a weaker version of the SEC. There are different dynamics in recruiting and the style of basketball played heavily contrasts.

This is a fantastic hire for UMass. Martin is the exact coach they need to get them on the right path and the pros certainly outweigh the cons. Yes, the UMass job will entail different skills than South Carolina but there’s no law that says he can’t use his previous connections to build his roster up north. Plus, his reputation in the entire basketball world is good anyways. Martin can establish himself in Amherst very quickly. With the facilities UMass has and the increased investment in resources, there’s no reason the Minutemen can’t be a top 3-4 program in the conference and a consistent competitor for a tournament bid.

One thought on “Pros And Cons Of UMass Hiring Frank Martin”