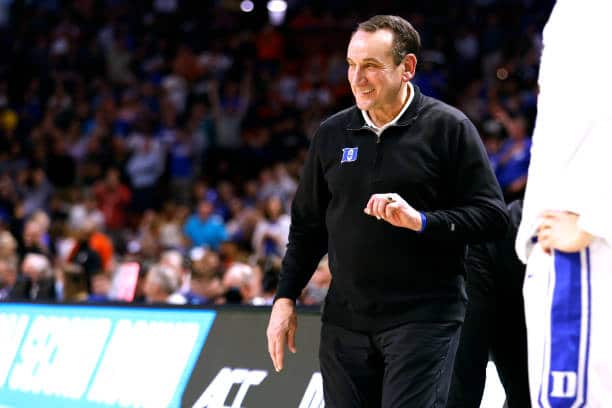 I feel bad even ranking anyone last on this list. All of these coaches have done beyond tremendous jobs with their programs and many of them are first-year guys who inherited program teams. Lloyd is certainly one of those coaches, coming in after the mess Sean Miller left. But the Wildcats also clearly have the best talent of any of the rookie head coaches. It may seem like a novelty reason, but with talented coaches that are so close and all so great, it’s a tiebreaker that has to be used.

Iowa State won two games in the 2020-21 season. TWO GAMES. And not only were the Cyclones ranked at one point this season, but they’ve also made it to the Sweet 16 as an 11-seed, the second-lowest in this tournament.

It isn’t surprising that Otzelberger is having success – he coached 3,000 point scorer Mike Daum at South Dakota State. But now Otzelberger is taking that mid-major success, translating it to the Big 12 and in the NCAA Tournament.

Michigan may be in the Sweet 16 now, and the postseason is largely how you grade a team’s success. However, the Wolverines started ranked No. 4 in the AP Poll and quickly slid out, not meeting preseason expectations.

Howard also had the issue in the handshake line, which earned him a five-game suspension.

There’s no doubt Juwan has the fire to coach a successful basketball team and he’s a player’s coach. However, this season as a whole didn’t meet the lofty expectations, and Howard is still young in his college hoops coaching career.

The likely future head coach of the Seton Hall Pirates, Shaheen Holloway is turning into America’s coach. Talk about a player’s coach – Holloway has the Saint Peter’s Peacocks all bought in and ready to sacrifice for each other on the basketball court.

He turned a small and struggling program into an NCAA Tournament ‘Cinderella’ story in just four years. Something’s right about the way he’s doing it and who knows – this year’s ride isn’t done just yet.

After coaching Texas-Rio Grande Valley in the mid-1990s, Mark Adams took a break from coaching. A few stops later and he found himself in an Athletic Director role with Texas Tech that translated to a spot on Chris Beard’s coaching staff.

Adams was appointed as the head honcho this year and hasn’t disappointed one bit. The general consensus was for Beard to have easy success at Texas and for Adams to struggle at Texas Tech. Instead, the Longhorns lost in the round of 32 to Purdue and Mark Adams’ Red Raiders are still alive. No one could have predicted this.

Not many coaches in the country, let alone this Sweet 16 field, have as many all-time wins as Jim Larranaga. He’s won practically everywhere he’s gone, winning the MAC regular season with Bowling Green, earning a Final Four run with George Mason, and taking Miami (Fla) to their fifth NCAA Tournament in 11 years.

However, aside from the inconceivable run with George Mason, this is just coach Larranaga’s third Sweet 16 with the Hurricanes. He’s also coming off three consecutive losing seasons. The consistency isn’t always there.

We always knew Davis could coach. There’s a reason you’re named the successor to a legend in Roy Williams at a blue blood in North Carolina. Seeing his success happen so fast in year one is remarkable.

The Tar Heels came into the season with talent, but that doesn’t always translate right away on the basketball court. Sure, UNC had some struggles, but didn’t everybody? Davis has coached them to 26 wins and the Sweet 16 in year one. Imagine what he can do with this team once he really gets going with his own recruits?

Purdue has been a tournament staple ever since hiring Painter in 2005 as head coach. Since then, the Boilermakers have only missed the NCAA Tournament four times.

Ed Cooley gets about as little respect as any coach in college basketball. Even in this Sweet 16 matchup against Kansas, Cooley seems like an afterthought. But make no mistake, he’s as legit a coach as any of the other 15 left and should be up for coach of the year this season.

Providence was supposed to be a mid-tier Big East team. Instead, they’re one of two remaining on the second weekend of March Madness. You can credit coach Cooley for a lot of that. Even better? He’s as humble as they get and likely won’t even accept the credit that’s due.

When the Cougars lost Tramon Mark and Marcus Sasser for the season, all hope seemed gone. But Houston has rebounded and regrouped so well, with role players stepping up and Kelvin Sampson’s winning system on full display.

It’s not easy to lose guys to injury in college basketball – free agency isn’t exactly a thing. So when a coach is able to get the guys that he does have ready for any challenge, it’s impressive. Not everyone can do what Sampson did with the Cougars this season.

Mick Cronin is one of the best winners on this entire list. In 19 years as a head coach, Cronin’s only suffered two losing seasons. He’s had none since 2008-09.

After moving on from Cincinnati, UCLA took a chance on Cronin. He’s delivered. In three years with Mick as their guy, the Bruins have reached a Final Four and a second straight Sweet 16. For a long time, UCLA basketball has been inconsistent and in search of someone to bring back the good ‘ole days. Cronin certainly has what it takes and is proving that already.

I’m not sure if there’s any coach who fires me up more than Eric Musselman. You pit a rec-league team against Gonzaga, and Musselman might just coach that rec-league team to the win. He’s that spirited and that knowledgeable about getting guys on the same page to win basketball games.

Seven seasons might be a small sample size, but it’s also a nice streak considering that’s how long he’s never had a season under 20 wins. Forget losing seasons, Musselman settles for nothing below greatness.

Self is already on the shortlist of the most notable and greatest college basketball coaches out there. He’s led Kansas to 18 straight March Madness bids and has 23 in a row as a coach.

Sure, Self only has the one national championship to show for, but I find it hard to believe he won’t win another. He’s too good of a recruiter, coach, and winner to not get that done. And when it happens, he’ll join an even shorter list of the greats.

The only thing Few is missing is that first national championship. It isn’t easy, especially in a conference that doesn’t mirror NCAA Tournament opponents night-in and night-out.

But let’s not forget where Gonzaga came from. Coach Few has never missed out on the Big Dance and like Musselman, has never gone under 20 wins in a season. If you’re counting, 23 was his lowest.

The window doesn’t appear to be closing but it would be satisfying to see him finally get over the hump, hoist that trophy, and cut down the nets.

Jay Wright might just be the best coach in college basketball today. He’s created a new Villanova – a blue blood Wildcats team that runs a power conference in the Big East.

Want to win a championship? Play for Jay Wright. Trying to get to the NBA? Wright’s got you. There’s just not that much he can’t do and it’s all happening at a little Catholic school in Philadelphia.

Wright might be my choice for the greatest coach right now, but you just can’t put anyone above Coach K on an all-time list.

Five national championships are the number to beat in modern-day college basketball. If he got another this year, it would cement Krzyzewski’s name even more. And you don’t just win 1,200 career games for nothing. Two more make it 100 in March Madness alone.

But that’s not what all of this is about. Coach K has done so much more, on the court, off the court, and in life, that it’s going to be hard to live up to what he’s accomplished.