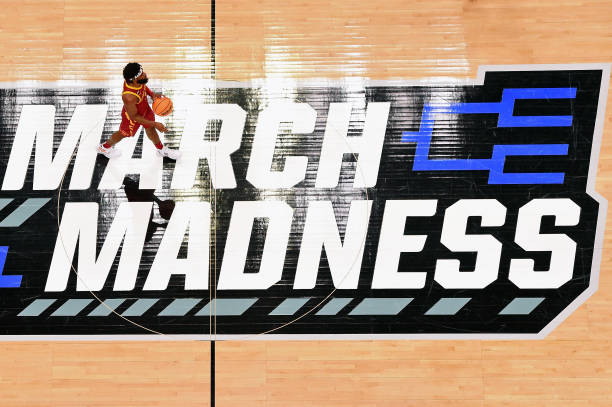 With the first weekend of the NCAA Tournament completed, the Sweet 16 is set. Some teams proved more and others gave us more questions yet to be answered.

Despite three one-seeds still alive in the 2022 NCAA Tournament, none have set themselves apart from the other one seeds, or the rest of the competition. However, when you look at Kansas’ first weekend, the Jayhawks have a slight edge.

In the round of 32, all three teams were tested, but the eye test leaned toward the Jayhawks who seemed a bit more in control.

Gonzaga’s frontcourt duo of Chet Holmgren and Drew Timme has proven pivotal, allowing the Bulldogs to use their size. Andrew Nembhard also picked up his play against Memphis, dropping 23 points and dishing out five assists.

However, the Zags didn’t take care of business exactly like the top overall seed is expected to do. They’re still a favorite to win it all, but it doesn’t seem as obvious as it did just one week ago.

Arizona was met physically against TCU, with Eddie Lampkin going for 20 points and 14 rebounds in the round of 32. Ben Mathurin and Christian Koloko didn’t want to go home, combining for 58 points, 20 rebounds, and six assists in the overtime win.

The Wildcats will need more out of Dalen Terry and Azuolas Tubelis who both struggled against the Horned Frogs. Houston will take even more advantage of inefficient offense.

Villanova wasn’t a one-seed, but they’ve been playing just like one. After a slow start against Delaware, Jay Wright’s Cats cruised to an 80-60 win. Then, the Wildcats handled business against Ohio State, halting a late Buckeyes run to win by ten points.

I picked Villanova to win the whole thing from the start and right now the Wildcats are looking as good as anyone left in the Sweet 16.

If the Coach K retirement tour ends in a Duke championship, the college basketball world might explode. And right now, the Blue Devils are putting forth a fairly solid case.

Duke was never in trouble in the round of 64 against CSU Fullerton and then used a late run to overcome Michigan State. The win over the Spartans wasn’t easy, but it proved Duke’s will to win. On a freshman-led team, that speaks dividends.

Right now, Purdue’s size is too much for practically anyone to match up against, and next on the docket is St. Peter’s. The Boilermakers are playing with an edge down low and Jaden Ivey seems like he hasn’t even been playing above a B+ level. It’s scary when a team is clicking but it seems like they still aren’t at full throttle.

I was critical of Houston’s legitimacy after losing Marcus Sasser and Tramon Mark for the season and boy was I wrong. The Cougars have lived up to their KenPom offensive and defensive ratings and delivered in the NCAA Tournament en route to the Sweet 16. It’s time we accept that although Sasser is a star and Mark is a key player, the Cougars have legit depth all around the board with other stars emerging.

Texas Tech was as dominant as anyone in the first round and got past a Notre Dame team looking to pull off another monster upset. For that, you have to credit first-year head coach Mark Adams, whose case for coach of the year just keeps growing. However, the Red Raiders only shot 35.6% from the field as a team against the Fighting Irish. That number is a bit concerning, but also shouldn’t be the end-all-be-all. Texas Tech is still more than in position for a Final Four run.

The Bruins are also still poised for a Final Four run but left some head-scratching as they barely got past Akron in the first round. However, Mick Cronin got everyone back on the same page against Saint Mary’s as UCLA shot over 50% from the field, had 14 assists, and only turned the ball over six times against a veteran Gaels group.

Unfortunately, the Bruins have the play arguably the hottest team in the Sweet 16. The Tar Heels are no 8-seed – and it wouldn’t surprise me if they spoil Coach K’s season even more and win the national championship. That’s how good UNC is playing.

It was a close call in the end, but the Heels’ OT win over Baylor was an all-time performance. It was the game of the tournament to this point. R.J. Davis and Brady Manek combined for nearly 60 points. And Manek was ejected halfway through the second half. What’s even crazier is Caleb Love going just 1-for-6 in the win. UNC and UCLA has all the makings for another tourney classic.

Michigan has been the most dominant double-digit seed and it’s just right that the 11-seed gets ranked 11th in this Sweet 16 re-rank.

Hunter Dickinson has been dominant in UofM’s run, now pitting them against Villanova in San Antonio. This will be the biggest test yet for Juwan Howard’s squad, but simply put, Michigan is quieting all of the doubters.

The Friars are comically adopting the ‘luckiest team in college basketball’ narrative. Like another team coming up, they’ve been fortunate enough to play two double-digit seeds to make it to the Sweet 16.

However, Ed Cooley’s bunch hasn’t looked back, winning both games with ease compared to how the rest of this tournament has gone. Providence has Kansas next, who was given everything they could handle by Creighton. Either the Big East cracks through, or Kansas eliminates the second team in a row from the conference. Either way, the Friars have a chance to negate the narrative.

The Canes were not expected to be here, although I did predict it in my pre-tournament article. Now, they get rewarded with 11-seed Iowa State, also meaning at least one double-digit seed is confirmed for the Elite 8.

The blowout of 2-seeded Auburn in the second round is really what elevates Miami’s standing in this Sweet 16 ranking. Isaiah Wong is averaging 21.5 points per game in the two games and the Hurricanes are gaining momentum.

Arkansas has squeaked by as much as anyone in the Sweet 16. It isn’t a knock against the Razorbacks or Eric Musselman, and if anything, ‘Woo Pig’ should feel pretty darn good about having a team that can win close games.

However, heading into this Gonzaga game, Arkansas hasn’t proven enough to realistically say they’re the team that can finish off the Zags. It’s certainly going to be a good game, but winning by a combined nine points against two double-digit seeds doesn’t exactly make me feel great about Arkansas’s chances.

Iowa State has taken down two solid teams in 6-seed LSU and 3-seed Wisconsin. The Cyclones used a second-half charge to vault past the Badgers and now play Miami to get to the Elite 8.

Iowa State’s defense against Miami’s offense is actually a very underrated game within the game. It might not be the must-watch game on everyone’s mind, but don’t count out either team.

I feel bad for even doing this, but it would be unfair for the other teams who have all played well. The Peacocks are a true Cinderella and will have their toughest test against Purdue, who is even stronger than Kentucky.

Can the team from Jersey City do it again? Here’s hoping so! (Sorry to our graphic designer, Eklavya)

One thought on “NCAA Tournament: Ranking The Sweet 16”