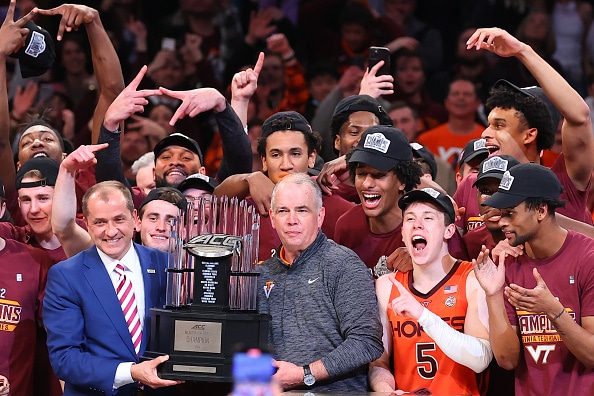 CBB Review has all the March Madness coverage you need as the NCAA Tournament gets going.

The beauty of March Madness is that there is the belief that any team could win on any given day. That culminated with the first 16 over 1 upset in 2018 when UMBC knocked off Virginia. Last year, Oral Roberts gave us a 15 seed in the Sweet 16 for just the second time ever.

While it is still a longshot for most lower-seeded teams to go far, college basketball fans live for the upset. Here is one lower-seeded team on each seed line that you should keep your eye on in the first round.

Finding a team that was ranked in the top 15 of the AP Poll in the pre-season on the nine line seems like a mistake. However, Memphis started the season pretty rough before finally getting things turned around in January. The Tigers are led by star freshman Jalen Duren, but also have some veteran experience in guys like Landers Nolley and Lester Quinones.

The key to Memphis’ success will be how much they can force turnovers versus turning it over themselves. Expect a defensive slugfest against Boise State in the first round. If they can get past the Broncos, a date with Gonzaga is most likely, and Memphis’ defense could certainly cause the Bulldogs some fits.

There are some really good 10 seeds in the tournament this year, most of which are mid-majors (Davidson and San Francisco). However, this seems like the no-brainer pick. The Ramblers have been here and done that when it comes to recent NCAA Tournament success. It’s not often that you have players on a team that have Final Four experience at the mid-major level.

Loyola is highly efficient on both ends of the court, and when they are knocking down deep balls they are tough to stop. A first round match-up against Ohio State is favorable when you look at how poor the Buckeyes defend the three-ball. After that, Villanova looms. However, you know that the Ramblers won’t be intimidated by anybody, especially with knocking off top-seeded Illinois in 2021.

Virginia Tech would have most likely missed March Madness had they not captured the ACC Tournament title. However, the Hokies have won seven of their last eight games heading into the tournament. Momentum can be key sometimes when entering a setting like this, and you’d be hard-pressed to find a hotter team in the bracket right now.

Virginia Tech will look to hit threes at a high rate, but they can also feed big man Keve Aluma down low. That’s bad news for a Texas team that doesn’t do a great job of keeping opponents off the glass. A potential second round match-up against a Purdue team that has a hard time playing defense could be even better as long as the Hokies are knocking down their shots.

Richmond needed to win the Atlantic 10 Tournament just to be in the bracket. That’s just what the Spiders did and, truthfully, a bid for the seniors on this team was a long time coming. Richmond’s experience alone is enough to make them dangerous, but they rarely turn the ball over and are adept at getting the looks they want in the paint.

At first glance, seeing the match-up against Iowa looks unfavorable. However, Jacob Gilyard is the kind of defender that can single-handedly disrupt a team’s rhythm. If he and the rest of the Spiders can lock in defensively and get the game played at their pace, the upset can happen. Looking ahead, Providence or South Dakota State awaits, making a Sweet 16 appearance more than just a pipe dream.

No team shoots the deep ball better than South Dakota State. The Jackrabbits enter March Madness having not lost a game in almost two months. Furthermore, this group takes quality shots while simultaneously not making many mistakes offensively. This is the kind of offensive juggernaut that would cause headaches for most teams in the bracket.

A first round match-up with Providence looks extremely appetizing. The Friars’ metrics never caught up to their results, and while metrics can be misleading, perhaps it means Providence isn’t as good as we think. South Dakota State can control the pace and force Providence out of the half-court, using their ability to turn a game into a shootout to their advantage. Iowa or Richmond lurk in the second round, both of which would have similar difficulty in slowing this offense down.

If you recall, Colgate held a 17-point lead over Arkansas in their first round match-up last season before falling late. Almost all of the key pieces from that team returned this season, and it showed as Colgate ran through their league. Three-point shooting is usually a huge factor in upsets, and Colgate brings the second-best percentage in the nation in that category with them into March Madness.

The Raiders get Wisconsin in the first round, and that means finding a way to stop Johnny Davis. Or, maybe you don’t. If Colgate can knock down threes and spread the love offensively, then maybe you let Johnny Davis get his but prevent everyone else from beating you. If they can take down the Badgers, either LSU or Iowa State await. Both teams faded down the stretch of the regular season, making them easy targets for another upset for Colgate.

Now, I’m not saying Delaware is the next Oral Roberts. But, the Blue Hens are one of the most experienced teams in the tournament, especially in the backcourt. The guard play on this team can keep them composed and help find quality shots on offense. Furthermore, this is a group that knows how to play fast or slow.

A first round match-up versus Villanova is a tall order. The Wildcats are well-coached and disciplined. However, when the Wildcats struggle offensively, they can leave the door open for other teams. Just look at the Big East Tournament final for a classic example of that. The Blue Hens will look to get inside, which can be a weak point in Villanova’s defense. Delaware can keep the game close, and if they have a chance late, that’s all you can ask for.

The next major upset in March Madness history is one that could most likely come from a 16 that has a game under their belt before the first round. That’s what you have in Texas Southern, who rode the strength of their defense to outlast Texas A&M-Corpus Christi in the First Four. The Tigers play a physical style of defense and have a deep rotation that keeps players fresh.

Make no mistake, knocking off Kansas in the first round would send shockwaves across the college basketball landscape. And, by no means am I suggesting that it will happen. However, Texas Southern has momentum coming in from their win Tuesday, and they have a defense that could cause fits early as the Jayhawks shake off their jitters. The longer the Tigers hang around this game, the more they could start to believe something magical is happening.

One thought on “March Madness 2022: One Lower Seed To Watch”