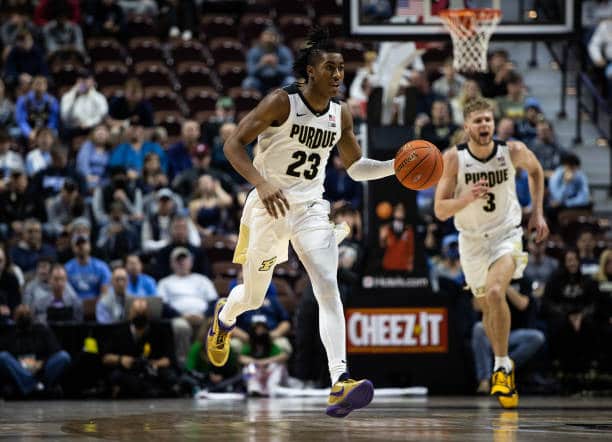 The ending of the Big ten Tournament will cement legacies and prove what team truthfully deserves the title of the best team in the midwest. Matt Painter has the opportunity to avenge not winning the regular-season title and all of Boiler Nation would be ecstatic if he did.

“Must watch game” can’t even begin to describe this matchup as this Iowa Hawkeyes victory will go down in as one of the best in Big Ten Tournament history.

Iowa’s star, Keegan Murray, could do no wrong scoring 32 points on 11-of-17 shooting.

Indiana was in control until the final two minutes of the game where both teams battled back and forth until the final 30 seconds. As the clock ticked down, Jordan Bohannon banked in what would be the game-winning three-pointer from well past NBA range.

Indiana willed themselves into the NCAA tournament and this loss shows that they will battle until the final buzzer sounds.

Iowa shot the three-ball very well. An astonishing 44% from deep was the main reason why they were able to close so many deficits with the Hoosiers. If Iowa can manage to shoot the ball as well as they have come next weekend, the Sweet Sixteen will be well within range.

Purdue has two of the best big men in the country which allows them the ability to run a lot of different sets. Instead, they choose to use them as a rotating piece throughout the game.

Zach Edey and Trevion Williams both got their own in the paint and at the free-throw line, combining for 26 points. When they weren’t attacking the glass, they found open players on the perimeter to knock down shots or drive to the bucket.

The Spartans relied heavily on athleticism in which they were outclassed by Purdue. Michigan State also committed 21 fouls compared to just nine for the Boilermakers.

With both of these teams locks for the NCAA Tournament, their fans should be pleased with how they played as they both could make a fun run down to New Orleans for the Final Four.