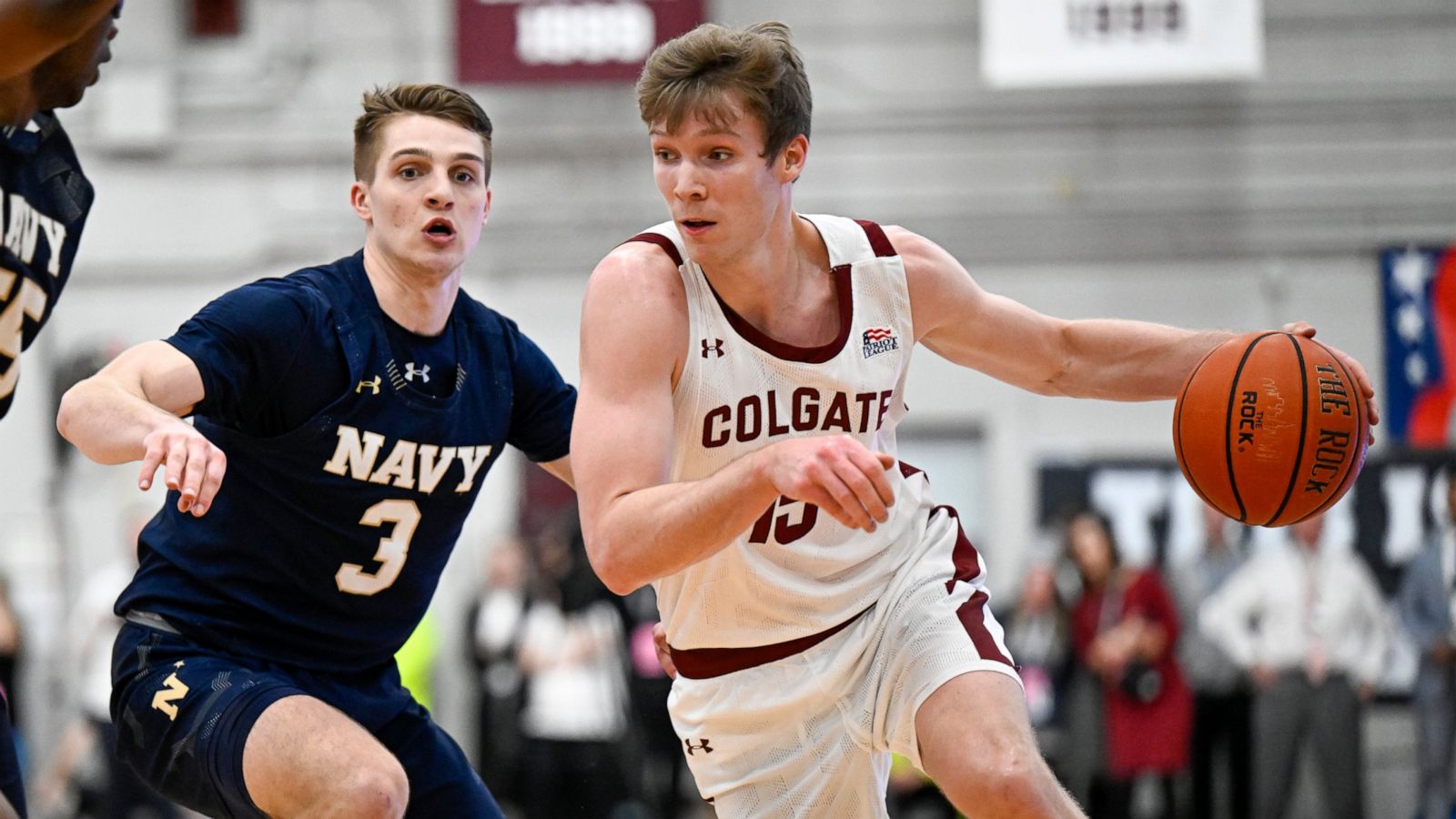 CBB Review hands out awards for each conference tournament in 2022. Up next: The Patriot League Tournament.

Writing this up, finally, after putting the original article out what feels like a week ago on the Patriot League Tournament. All of the teams seemingly followed the path, as I pointed out. The Patriot League Champion is the Colgate Raiders. This team dominated and never trailed in the Championship game against Navy. The Raiders won 74-58 over the Midshipmen.

A big surprise was that Colgate created 17 turnovers, with ten turnovers coming off of steals. The Raiders shot the ball well and had a balanced scoring attack, shooting 56.1% from the field and 47.1% from the 3-point range. Colgate Raiders, pack up your dancing shoes. It’s time to dance.

Finding out he is a relative of one of the founders of basketball, Ferguson has taken his last name to heart. He was his team’s leading scorer in every game of the Patriot League tournament. Ferguson did everything he needed to help his team have success. While he is not a flashy five-star player, he is one of the guys who chip away and quietly puts up points. If you fall asleep on Ferguson, he will make you pay. He exploits defenses to get to the rim but can also stretch defenses with his ability to shoot the 3-ball. Ferguson is an efficient player, and it shows in his style of play.

While this team doesn’t have the best non-conference win-loss record, the Raiders did pull off a big win over Syracuse. This team was also able to compete against NC State and Pitt. Colgate needs a good draw, but I am confident that they could shock whatever team they end up playing first. Colgate hopes to get at least one win in the NCAA Tournament and could surprise with better ball handling and defense. The Raiders are ready to dance. Their competition better be ready too.