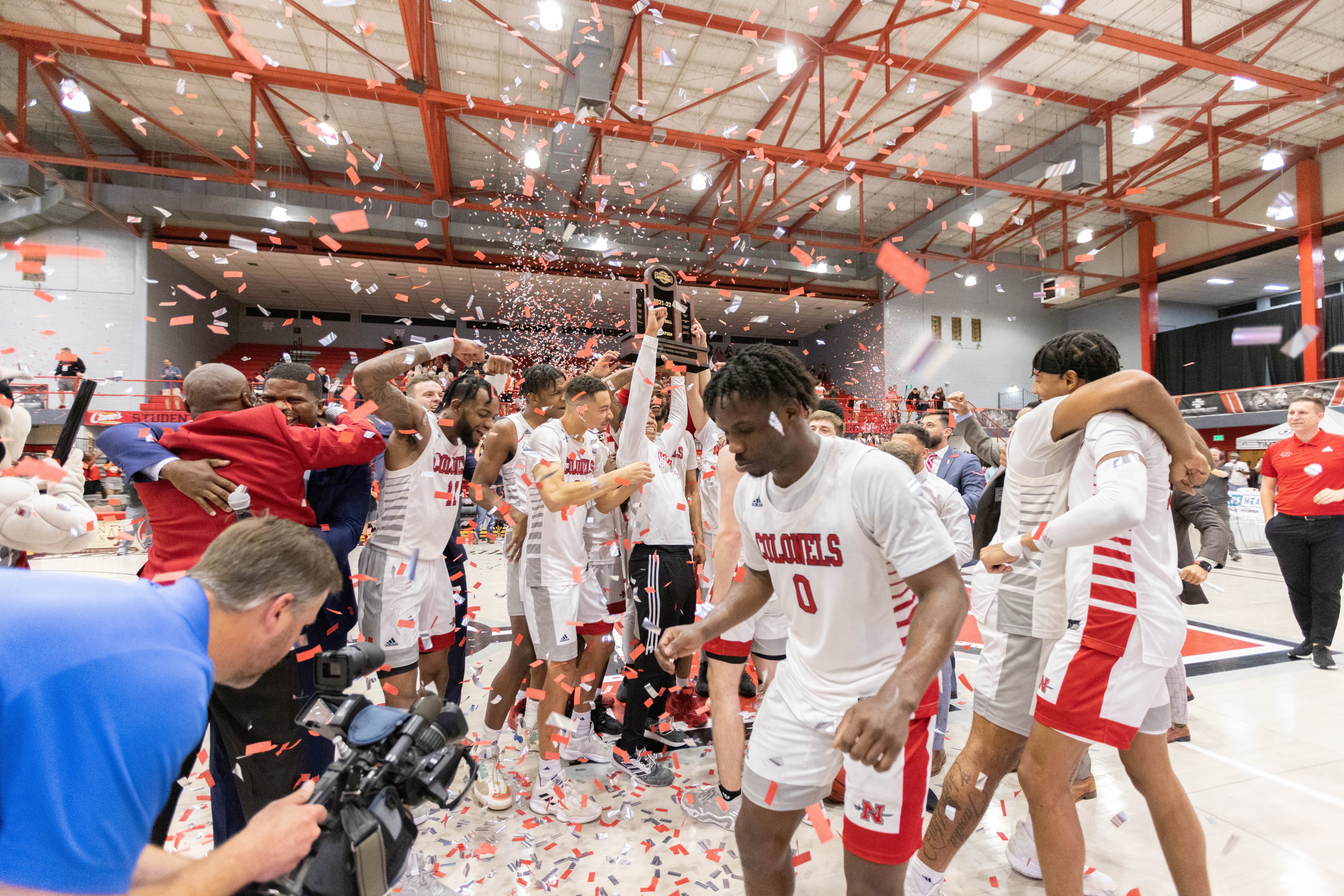 CBB Review highlights the ins and outs of every conference tournament leading up to Selection Sunday. Up next: The Southland Tournament.

Ty Gordon is the key for Nicholls on offense. This year he had 19 games where he scored 20 or more points, and in the last month, he has posted four 30 point games. With Gordon’s ability to take over the game, he is a weapon ready to be fired. Unfortunately, being the star for Nicholls means that if opposing teams can control Gordon, the team will be in trouble.

Looking at Southeast Louisiana, many people would look at the leading scorer in Gus Okafor. He is a heck of a player, but his supporting cast makes this team special. Jalyn Hinton averages 14.1 points per game, 7.8 rebounds per game, and 2.5 assists this year. For Hinton, all of his scoring is done without shooting 3-pointers. The other huge part of this offense is the play-caller in Keon Clergeot. Clergeot creates shots, opens up the floor, and finds the open man. He is a player that is the fire starter for this team that makes the blaze for his pride.

Darius Lee got the tying layup With 1.3 left to go for Houston Baptist to force 2OT with McNeese tied 102-102 (Video via @MrMatthewCFB) pic.twitter.com/188AqzD8WR

Darius Lee is a second-year freshman due to Covid and has grown. He was the reason that Houston Baptist was able to grab their last season’s win dropping 52 points in a record-setting four-overtime game that ended with a final score of 149-144. Outside of that, he has had seven double-doubles and has scored 20 or more points eleven times this season. Lee contributes on both ends of the floor as he is also the steal leader for the conference grabbing 2.4 steals per game, and is in the top three in rebounds.

Speaking of second-year freshman, Kendal Coleman is another player that has become a focal point for his team. Beyond that, he is the only player to be averaging a double-double in the Southland Conference. He is grabbing 10.1 rebounds per game and 15.5 points per game.

The Lions are a team of balance with the star in Gus Okafor, the help in Jalyn Hinton, and the maestro in Keon Clergeot. The offense will be there. On top of that, the team has a deep bench, and while it has had some suspicious losses. The Lions’ pride is prepared to hunt in the Southland Conference led by Coach David Kiefer. With the preparedness and talent, Southeast Louisiana will show out in its two games if it wants to make it to the big dance.

The Houston Baptist Huskies started slow and dropped one of its three games against Incarnate Word. In the first meeting, the Cardinals beat the Huskies 70-60, lost 68-65, and then 82-68. I expect the Huskies to pull off a win on a Neutral Court.

McNeese Cowboys beat Northwestern in their two matchups during the season. Unfortunately, Northwestern has played hard and kept games close against tough competition. The Demons are going to advance in this game.

Another toss-up game, both have grabbed wins over the other. Both teams grabbed wins on the road. Here I follow the script and say the Islanders move past the Huskies on fresh legs.

This game is a coin flip. These two teams split in the regular season, both winning at home. On a neutral court, this game should be a battle. I am taking the upset here and saying the Demons move ahead after a warm-up game and want to win.

The Colonels have defeated the Islanders in every game this year, and they met up in season three times. Nicholls has controlled all three matchups. The Southland player Ty Gordon takes this game over to defeat Texas A&M-CC.

Southeastern Louisiana Lions coming off a long rest, I think, comes out firing and makes a point. After winning by five points in both the matchups, the Lions end the Demons hot streak. The balanced scoring attack and defense are getting stepped up while the Lions play with its food.

No surprise here as the Southland’s top two teams go at it. Unfortunately, Nicholls hasn’t beat the Lions this season. All these games have been close matchups. I want the upset here of Nicholls because of all the talent that comes from Southeast Louisiana Lions. Either way, this is a game that will likely be played for 40 minutes on both ends of the floor.