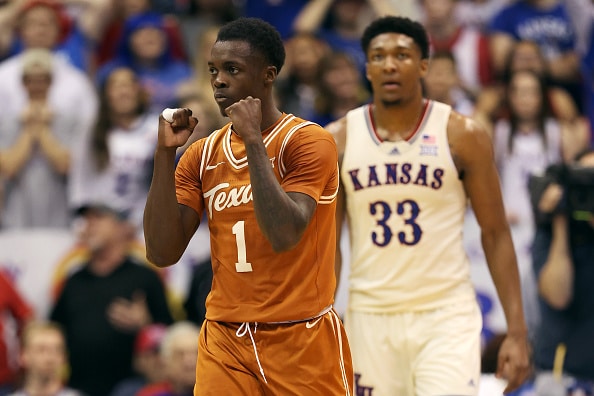 CBB Review highlights the ins and outs of every conference tournament leading up to Selection Sunday. Up next: The Big 12 Tournament.

*Note: Oklahoma State is ineligible to compete in the Big 12 Tournament.

Agbaji, the conference player of the year and a likely first-team All-American leads us off here. Agbaji is a do-it-all guy, with great athleticism to pair with his incredible three-point shooting. Braun is the same, just a small step down. He can score on all three levels, rebound at a solid rate, and isn’t the worst defender in the world. That duo will make it extremely difficult to beat this Kansas game if they’re on their A-game.

Following them are Flagler and Akinjo. Flagler has really stepped into the role of being the go-to guy when LJ Cryer went down. He and Akinjo, one of the best point guards in the country, have helped Baylor finish top 3 in the country and a probable one seed in the NCAA tournament. This year has really shown the importance of a true point guard across college basketball, so having a ball handler like Akinjo is a major bonus.

Mike Miles is a special scorer and honestly doesn’t get enough credit for what he does on the court. He elevates TCU into a legit NCAA team. If you have a chance to watch the Big 12 tournament, keep an eye out for Miles.

Brockington came from Penn State this season and took Iowa State from a 2 win team to a 20 win team. He is almost automatic from mid-range and can make the big-time shot whenever needed.

Marcus Carr was actually somewhat of a disappointment considering how good he was before, but as I always say, big-time players show up in big-time moments. Carr can light it up when he gets hot, so Texas faithful is hoping that this beast will be unleashed in March.

Pack might not have a long tenure in the tournament, but man can he hit a three. Pack really turned it up in the second half of the season, and with their season on the line, expect Pack to shoot it early and often.

Rounding out the players to watch list is Bryson Williams. In a conference that is dominated by guards, Williams is the best big man, and his ability to stretch the floor and defend makes Texas Tech an extremely dangerous team.

TCU is coming into the tournament hot, beating Texas Tech and Kansas in back-to-back games. They did lose their next two, one to Kansas and one to West Virginia, but those were their 5th and 6th games in two weeks. Now, they will have five days to recover, and with a possibility to move up a few seeds in the NCAA Tournament, TCU will play their hardest to secure at least the higher seed advantage.

Despite the win, Saturday, West Virginia has been ice cold since the new year. Kansas State is better than their record and will win this one.

Yes, TCU is hot right now and they can beat Texas, but Texas just has a little more firepower. Even though this was my team to watch, there won’t be much to watch.

A good old-fashioned rivalry in the conference tournament game? Sign me up! Unfortunately, Kansas is much better than Kansas State and should win this one with the minor home-court advantage.

If you read my Big 12 power rankings or just watch the Big 12 in general, you know there’s a clear top 4 teams in the Big 12, then everyone else. This applies here, as Baylor’s depth will overpower Oklahoma and send them home.

Iowa State is a great team, but their inability to score at a high rate plus Texas Tech’s deadly defense won’t fare well for them. Full-on chalk after the first two days of the Big 12 tournament.

A rematch of two great games. The first time, Texas won by one at home. The second time, Kansas won in overtime at home. This time, Ochai Agabji will make more than one field goal, and with a potential one seed on the line, Kansas takes this one.

Like the other game, this one will have big seeding implications for both teams. While Baylor is the hotter team right now, Texas Tech swept them during the season, and we know the Red Raider faithful will travel in order to see their team play.