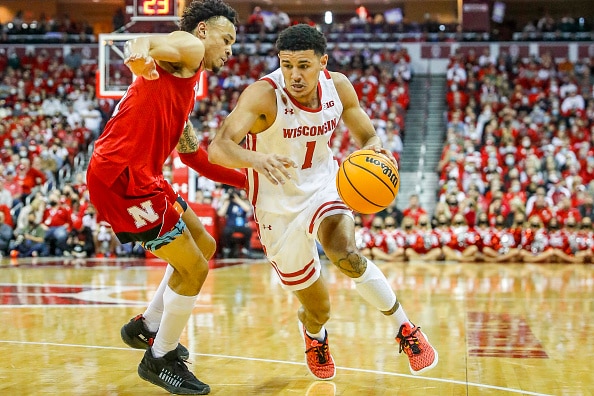 CBB Review highlights the ins and outs of every conference tournament leading up to Selection Sunday. Up next: The Big Ten Tournament.

The Big Ten is a conference that has more talent than any other conference, but for some reason, they cannot manage to get the job done come to the NCAA tournament. The upcoming conference tournament is extremely unpredictable because you not only have top-tier powerhouses, but you add the 2-3 teams battling for a bubble spot.

Did I just put the all-Big Ten first team as my players to watch? Yes, I did. There’s so much talent in the Big Ten That I could’ve named 15-20 players realistically however these five are in the running for whos been the best player this year. All five players!

Kofi Cockburn is the most physically dominant player with his skillset of drawing contact and playing in the paint. Cockburn is a force on defense and as long as he plays clean, there’s nobody who can shut him down.

E.J. Liddell helped lead an Ohio State Buckeyes team into what should be a good seed come March Madness. Liddell has an excellent combination of defensive precision and offensive dominance. Liddell can score in the paint by using his force or soft touch around the rim, or use a beautiful jump shot from the mid-range or three.

Johnny Davis, the Conference Player of the Year grew so much from Year 1 to Year 2. Davis is an ultra-athletic player who’ll grab rebounds and soar through the sky for putback dunks. Davis has NBA range from three and will punish any defender that gives him space to shoot the ball.

Jaden Ivey before the season had all eyes on him from his growth and development and anyone who had him as a top-tier player was not disappointed. Ivey is an incredible playmaker and can drive to the hoop and leap over people to make sure that the ball goes into the hoop. Ivey at his best can shoot well, while at worst he will miss shots and be a world-class defender.

Keegan Murray went from backup to one of the best players in the country in the span of one off-season. Murray can play defense very well all the while being a big guy who can step out and hit the three-ball or even run the offense if the situation comes it.

With Keegan Murray, there have been points where Iowa looked like they’re the best team in the Big Ten especially when the outside shooters are hitting their shots. Then you add the development of Kris Murray who has become a great outside shooter as well to go along with Jordan Bohanon as the veteran presence and this team could go on a run.

Nebraska is on a roll right now and even if Bryce McGowens is out, Alonzo Verge doesn’t want to go out without a fight.

The Golden Gophers at one point had a nice run going, but they fell back down to earth whereas Penn State knew from the get-go that it was time to rebuild. The Nittany Lions can and still should win this behind upperclassmen Seth Lundy and Jalen Pickett.

At this point, Iowa should win this rivalry by 15, especially with Braska coming off a back-to-back.

Michigan State loses and they potentially could fall into the first four territory and they know that. The Spartans will look towards dominance as it is Izzo’s time of year.

EJ Liddell and Malaki Branham should take care of business and then prep for the big test that would come the day after.

The Hoosiers fell short in what was their worst ever home loss to the Illini last time they played and truthfully I won’t be surprised if we see another game just like that. Illinois should be dominant, especially the way Indiana has been shooting the ball as of late.

The Scarlet Knights had their best season in the Big Ten ever. Yet they’re going up against a powerful and dominant Hawkeyes team who rely on big men and shooting. Rutgers would need to have a repeat of last time which was a terrible game for both sides. Iowa wants revenge, and having the anger boiling inside them, will push them over the top.

Michigan State dominated last time, but that was before Wisconsin had settled in and realized that they had a solid three and four option in Chucky Hepburn and Steven Crowl. Wisconsin is on a bit of a cold streak with the loss to Nebraska however they should be able to get right with a win over Izzo and MSU.

Purdue won in a close one last matchup but something will irk me about teams playing back-to-back, especially in a tournament where everyone is playing their hardest so I’ll have to take Purdue here.

This will be these two teams’ third meeting, and the Illini have won both prior matchups. Although Iowa is hunting for revenge I believe having a day or two to prep for this Iowa team would make all the difference especially if the Illini have a fully healthy team I will be taking Illinois in another close one.

Wisconsin has had Purdue’s number all year, however, Purdue has more to lose than Wisconsin in this matchup if they lose they could end up as a three seed instead of their projected two seed. If Ivey can slow down Davis I think it’s revenge for Purdue.

Purdue swept the Illini come the regular season but this is conference tournament time and with that comes surprises and I’d be surprised if Purdue doesn’t pull out with another win. For Illinois to win, nothing can go wrong based on their two prior matchups. Purdue is the safe choice here to win the Big Ten Tournament.