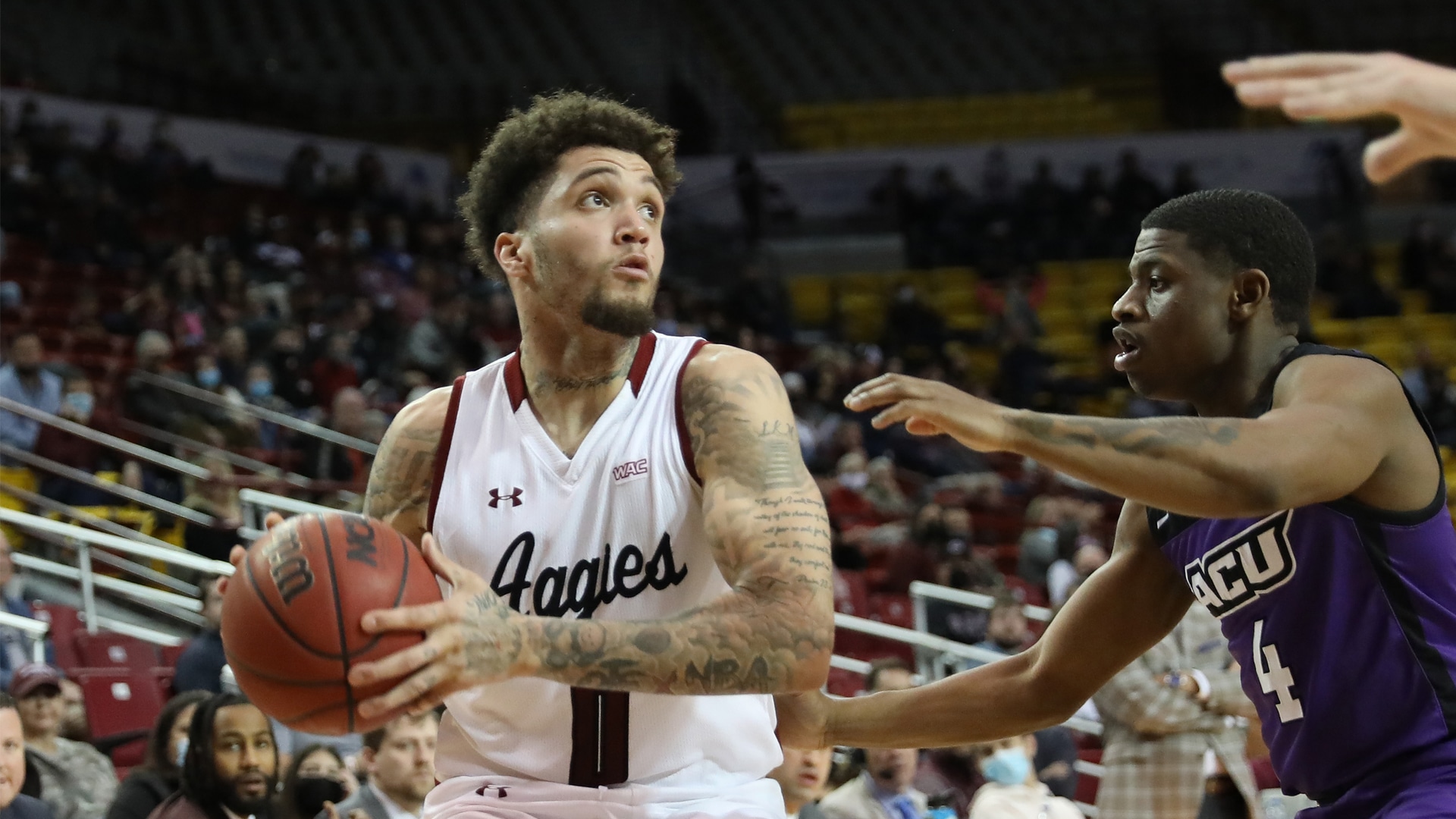 CBB Review highlights the ins and outs of every conference tournament leading up to Selection Sunday. Up next: The WAC Tournament.

The WAC Tournament has five teams that went over 20 wins this season, and of its 13 teams, seven had over ten wins in conference play. The WAC will likely only send its champion to the NCAA tournament.

The following two teams are Grand Canyon and Sam Houston, with the same record of 13-5 in conference play. This conference tournament is set up is very odd and allows the best team to watch until the end of the tournament, requiring them only to have to win two games, while the lowest seeds will have to play up to five games on consecutive days.

All of these players bring unique aspects to the game. These players affect the game differently and boost their teams.

Since transferring to Utah Valley, Fardaws Aimaq has averaged double-doubles. This year, he hasn’t had a double-double in four games and hasn’t scored double-digits in only one game (his last game). Aimaq has improved his ability to score and has started shooting the three, but with the potential of another full year to grow, he will be a monster in the WAC.

The journeyman in Teddy Allen is the leading scorer in the conference starting his career as an off-the-bench contributor for West Virginia, had a denied plea to play for Wichita State spent time in community college before joining Nebraska and showing out. Allen has found a home at New Mexico State and is playing his best basketball. He is shooting the ball well and has even recorded seven double-doubles this year.

Darrion Trammell has been coming on for Seattle U and has scored 20 or more points ten times this year. Having more help, he hasn’t been shooting the ball as well as he did last year, as other teams are also more prepared for him.

Daniel Akin is another player that can rack up double-doubles for California Baptist. He had 12 this year and was one rebound short in two different games to pick up a couple more double-doubles. When Akin gets going, he is a force to be reckoned with.

Jovan Blacksher is a floor general. He will do what he can for his team, scoring, creating shots for others, or going after loose balls. He is a coach’s dream and a clear leader for Grand Canyon.

With Fardaws Aimaq, anything can happen. He’s been a double-double machine who’s put up incredible stats all season long. It’s often translated into the win column and it could pay off in the WAC Tournament. Aimaq makes this team tough to match up with, so they can hang with anyone.

In these teams’ lone matchup, the Lancers beat the Vaqueros 80-72. California Baptist should scrape past the Vaqueros.

This will be these two teams’ second meeting this year. Utah Valley dominated the game offensively in its first matchup as the Wolverines won 101-87 over the Cougars. I do not expect it to be this high-scoring, but I think Utah Valley controls this game to move on.

These two teams battled in their lone matchups, but the Bearkats grabbed a 73-68 win over the Lancers. California Baptist was more balanced, but the hot shooting from Sam Houston lifted them to the win. This game will be close, but I expect an upset as California Baptist takes this game.

The Lancers have done so much right, but the Antelopes have their number in this game. This will be the third meeting between these two teams, with Grand Canyon grabbing the first wins by six and five points. Unfortunately, the Lancers kept it close on off days for the Antelopes, and they get hoofed.

Speaking of teams that end their runs, this is where the Wolverine’s journey ends. The Lumberjacks have a more balanced scoring attack, and it was on display in the first matchup. The Lumberjacks won 78-59 over Utah Valley. In comparison, this game is likely a single-digit win, the Lumberjacks advance.

This will be these two teams’ third meeting, and the Aggies owned the Antelopes in the first two matchups winning by double-digits in both games. Coach Chris Jans knows how to prepare and win games, and I don’t think it changes here. The Aggies win easily to advance into the finals.

While New Mexico State can outplay Stephen F. Austin, it will require this team to do everything right offensively. These two teams split in their matchups, with the aggie winning big on the road against Stephen F. Austin 72-58. The Lumberjacks returned the favor as they beat New Mexico State 73-71 in a game where the Aggies shot 52.2% from the floor and 45% from 3-point range. Calling another upset, Lumberjacks take the WAC bid for the NCAAT.

One thought on “2022 WAC Tournament Preview”