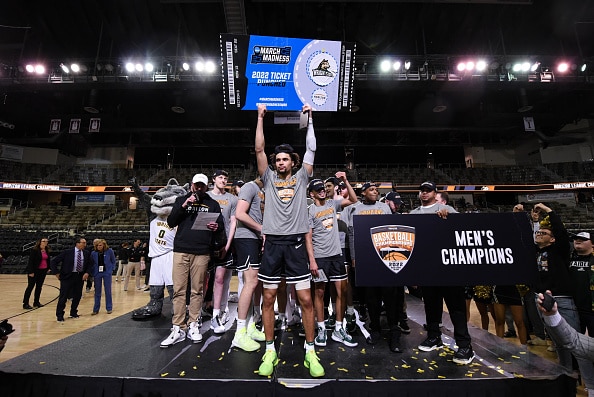 CBB Review hands out awards for each conference tournament in 2022. Up next: The Horizon Tournament.

This game was back and forth from the beginning, with North Kentucky holding strong for the first half. When it came down to it, both teams traded buckets, neither willing to concede. However, there needed to be one winner, and Wright State was that team.

This was a two-man race between Basile and Marques Warrick. Basile takes the crown though thanks to the win. Basile was huge on the boards and in the paint, averaging a near double-double through three games. The big one was when he scored 27 points and 11 rebounds to take down the 1 seed Cleveland State. With Basile in the frontcourt, this team can make their opponent have a major tougher time than we think.

While I genuinely think this team has the talent to pull off an upset in the Round of 64, realistically this will be the end of the road for them. As a 4 seed in the regular season, they clearly aren’t a powerhouse, and even though they have a three-headed monster of Calvin, Holden, and Basile, it might not be enough to take down an elite Power 6 program.