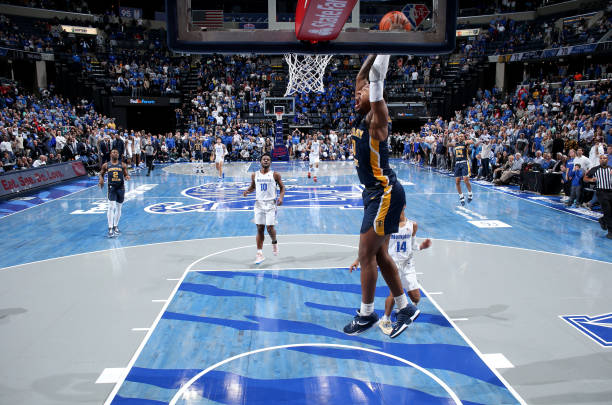 CBB Review highlights the ins and outs of every conference tournament leading up to Selection Sunday. Up next: The OVC Tournament.

The Ohio Valley Conference didn’t gather much hype until Ja Morant a few years back but now the OVC has a dominant force in the best Murray State team to ever set foot on the hardwood. Star big man KJ Williams leads the OVC Tournament in the star power department.

While I chose a heavy scoring crowd, all five players bring a unique scoring set to the game and make it extremely hard for the opposition to remain in the game. All five players are on five of the best teams in the conference.

Williams is a dominant force in the paint grabbing 8.5 rebounds per game while being the Racers’ anchor on defense. His teammate, Tevin Brown can shoot the three and is a playmaker which offsets Williams tremendously.

Broome helped lead Morehead State to a conference tournament title last season and wants to repeat in 2022. He’s the anchor of an Eagles team that has a very bright future.

Shepard can knock down shots inside and outside the paint and when he gets hot nobody is stopping him.

Cooper is the lone outlier on this list of players as he does not average more than 10 points however he shoots 45% from deep. If he becomes a bigger part of the offense, Cooper can be a fan favorite in the OVC tournament.

I believe that the Tigers could go on a run to make the OVC Tournament semifinals. Tennessee State is a very well-rounded team with six players scoring above seven points per game. A veteran backcourt led by Carlos Marshall and Marcus Fitzgerald is a very deadly senior duo that averages just short of 25 points per game together. If they can pull off an upset or two, Tennessee State has a path to make a deep run in the OVC tourney.

Ray’Sean Taylor will need to carry against a very unselfish basketball team in Tennesee State.

Austin Peay looks for revenge from their last game with the Golden Eagles.

Eric Reed and Phillip Russel have been on a tear as of late and I don’t think they’ll stop.

Johni Broome is looking to take advantage of the paint as he tries for 27 straight games with double-digit points.

A split season series means it’s either a revenge game from last year’s tournament or Broome will be 2-0 against Belmont in the OVC Tournament.

KJ Williams has led Murray State far enough throughout the season that it is completely realistic for the Racers to win out and have a 5-6 seed come Selection Sunday.

One thought on “2022 OVC Tournament Preview”