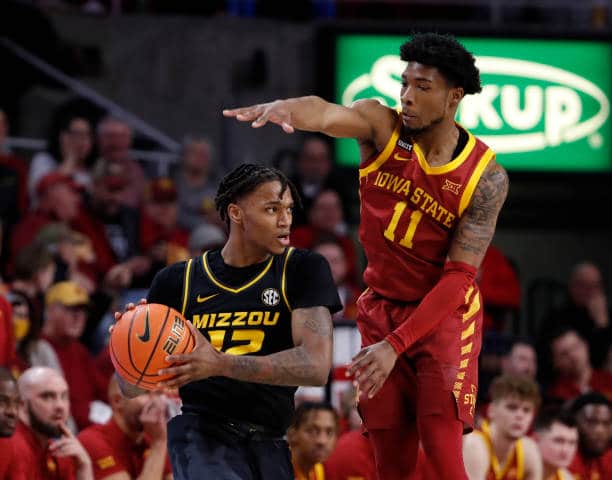 These teams didn’t come close to pre-season projections on both sides of the spectrum.

Preseason predictions for college basketball are almost never correct. Many people try to predict the conference outcomes but this year numerous teams that were expected to finish at the bottom of their respective conferences took a giant leap and shocked all of college basketball. On the other end, some teams who were expected to finish near the top of their conference have not quite met expectations to this point.

Before the season the AP Poll listed Michigan as the number six team in the entire country as they were the favorites to win the Big Ten. Here at CBB Review, we slotted them into the seven spot.

After two solid wins, Michigan suited up to play an always tough Seton Hall opponent, and that’s where it all went south. The Wolverines would lose two of their next four games and haven’t been able to fully rebound since.

Michigan was predicted to be a dominant force in the Big Ten, has slipped to an 11-9 overall record and are 5-5 in conference. A key reason for the Wolverines’ lack of success would be their lack of offensive help. Hunter Dickinson hasn’t found his Robin with DeVante Jones only averaging 9.3 points per game compared to lofty expectations.

Juwan Howard’s squad will need to pick it up in the latter half of conference season if they have any hope of getting a bid to the NCAA Tournament. And no, I wouldn’t ex them out just yet.

When a highly thought of college basketball coach leaves one school to go to another, it usually results in the prior program looking for an answer. However, when Chris Beard left to in-state rival Texas, Mark Adams has taken over the Red Raiders and continued upon their recent success.

Although they were projected to finish fourth in the Big 12 and are currently third, Texas Tech has risen from a likely tournament team into a Final Four contender.

With a heavy schedule of numerous top-tier Big 12 teams, it will be difficult for Texas Tech the rest of the way. However, they have done nothing but astonish the college basketball world with their play, so don’t count anything out.

Iowa State has surpassed any expectations so much that it’s almost unfair to nitpick about their current slide. The

The Cyclones were projected to finish dead last in the Big 12 after winning just two games all of last year. They’ve already racked up three wins in the conference alone and have been ranked as high as eighth in the AP Poll.

Iowa State has pulled itself from the depths of the power six thanks to the likes of new head coach T.J. Otzelberger and his star trio of Izaiah Brockington, Tyrese Hunter, and Gabe Kalscheur. These three have put Iowa State back on the map of teams nobody wants to face, especially in Ames, Iowa.

With big wins against Xavier, Texas Tech, and Texas, the Cyclones are on the right path to making the NCAA Tournament and they have a high chance to make a lot of noise. It’s been a recent skid, but they’re still in good standing.