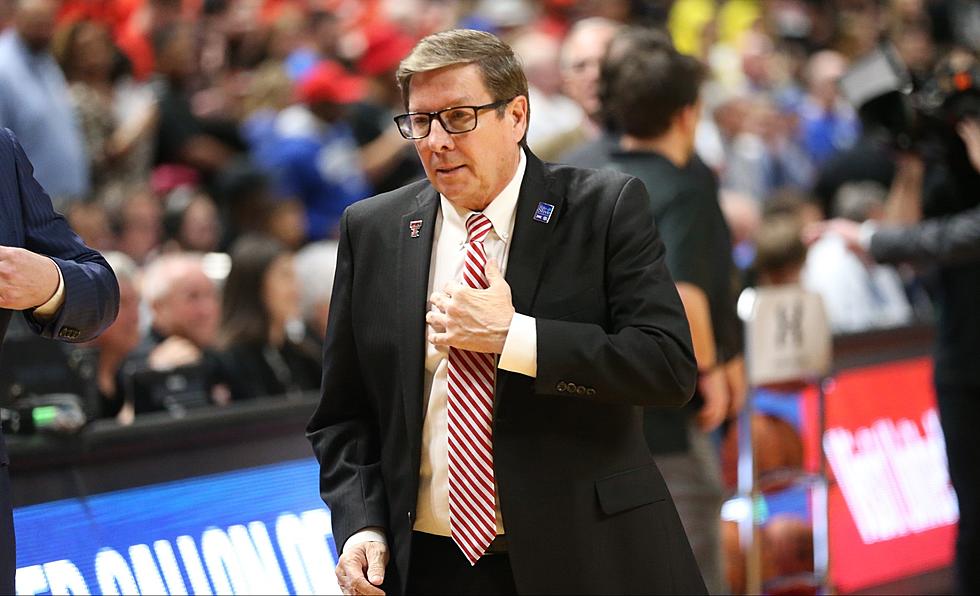 The Texas Tech basketball program was a laughing stock for the majority of the 2010s. Thanks to the help of Chris Beard and Mark Adams, the Red Raiders are consistently respected and valued highly across the NCAA.

With Beard exiting for his alma mater at the University of Texas, the Red Raiders made the smart decision to hire in and promote Adams to the head coaching position.

Compared to other first-year head coaches, Adams has a hefty roster, packed with experienced, rebounding and three-point shooting that can make Texas Tech a contender this year.

The warranted hype from the NCAA Tournament sure gave all of the Oral Roberts attention to Obanor when he made his decision to leave and enter the transfer portal. His unique three-point combination, alongside his elite rebounding, gives him something no one else on this team has.

Texas Tech target Kevin Obanor is an absolute sniper from the 3-pt line. Can score from anywhere on the court at 6’8. Also not scared to body up & get rebounds. Truly a special prospect & will shine against higher-level competition. Scored 30 points in this game against Ohio St: pic.twitter.com/5WULQH0WiM

I expect the production to translate well at the power five-level and be a sleeper for All-Big 12, maybe even the first team if he can duplicate his production to the Big 12.

A good problem to have if you are a Texas Tech fan is unsure who to pick for a Make or Break spot.

Although this spot could’ve easily gone to Warren or Williams, I’m going with the athletic freak from Florida State. The combination of shot creation and the ability to run and jump brings a new tool that Adams doesn’t have or hasn’t had since Jarrett Culver.

Calhoun could slip into the lineup and start some games with fierce competition at the guard position. If he lives up to what we saw at JUCO and Florida State, Adams has another excellent tool in the box to use.

40% 3-point shooter that is not afraid to dunk on people & create his own shot; high confidence player. What’s not shown much here, though, is his transition motor. This guy will HUNT on the fastbreak.

If the Texas Longhorns didn’t have the off-season they did, Mark Adams would be the winner of the portal in the Big 12. The biggest anchor to this team is the bench and how they have significantly gotten better. The Red Raiders of 2020-21 lacked any scoring presence off the bench. Now, the Red Raiders have four legitimate scoring threats at different areas of the court on the bench.

Warren could easily be a breakout player for this team and Williams coming off the bench is a luxury no other team in the country can have.

With the amount of attention to the portal and the command for elite mid-major rebounders being on the forefront, it’s no question Texas Tech basketball has the athleticism and the height to be among the best rebounding teams in the conference.

Eight of the top ten expected role players averaged four or more rebounds per game last year. Regardless of conference, that is an impressive stat and will be key in year one under Mark Adams.

The Red Raiders are expected to start the season with victories, with all six of their first games being against mid-majors. Mark Adams gets his first major test as a head coach on December 1 against Providence in Rhode Island.

Tech’s toughest test in non-conference is a neutral site game against Gonzaga, that will feature Texas Tech’s lone top-20 matchup of the non-conference slate. Texas Tech basketball will get Mississippi State in the SEC-Big 12 Challenge on January 29th.

We will get a good gauge in the non-conference slate, as to what the expectation for this Texas Tech basketball team is. On paper, they look like a top-three team in the conference. However, with a new coach and system, team chemistry will not be up to expectation until toward the middle of the year.