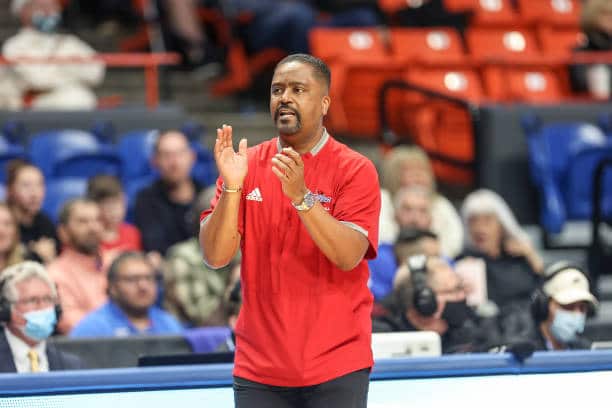 The American Athletic Conference saw a couple of firsts this week.

With two teams grabbing their first conference wins, Wichita State and Tulsa finally put a win on the board. The coaches are all continuing to make changes and hoping to start runs and ruin the hopes of Houston and SMU of having a regular-season championship. All of these needs to start pushing and making changes to succeed, especially against these two teams.

Cincinnati lost its game against Temple because of its inefficiency to score the rock. The Bearcats’ only positives came as the team moved the ball slightly better than Temple and came up with more steals against the Owls.

In comparison, the Bearcats shot the ball better against East Carolina but did create more turnovers. Cincinnati continues to have shooting woes as they did not move the ball well or grab additional offensive rebounding opportunities.

BEARCATS TOUGH 💪 @DavidDejulius for the win!

East Carolina had a poor showing against Memphis basketball as it lost by 17, but almost took down Cincinnati, falling by one.

ECU struggled to make shots, taking 72 but only making 19 for an abysmal 26.4%. The Pirates’ only positives came from the fact that the team was able to grab more offensive rebounds and shot their free throws well. ECU basketball made 10-of-14 from the charity stripe, for 71.4%. The regular offensive help came up short as numerous key players were all held below ten points and only one player hit double digits.

In the Cincinnati game, ECU struggled with making any shots from the field. The fight that ECU showed in this game was impressive, outrebounding the Bearcats and getting to the free-throw line. The Pirates’ aggressiveness got the team to make 23-of-27 free throws. East Carolina turned the ball over too much and couldn’t convert when given the opportunity.

Houston basketball had only one game this week and came away with another convincing win, this time over UCF, 63-49.

Memphis basketball grabbed a win over ECU, 71-54 this week.

The Tigers shot the ball well but still struggled from 3-point range. Memphis was aggressive as the team got to the free-throw line 31 times shot 42.1% from the field. The Tigers grabbed more defensive and total rebounds than the Pirates. Penny Hardaway’s squad continued to shoot free throws poorly and turned the ball over too much, giving up nine steals and 16 turnovers.

SMU shot the ball well with excellent ball movement. With 25 made shots from the field coming off 17 assists, the Mustangs shot 48.1% from the floor and 30.8% from deep. The continued issue for SMU is its rebounding, as USF  was able to grab 16 offensive rebounds and 20 defensive rebounds as a team.

In game two, SMU basketball shot over 30% from beyond the arc and continued to knock down its free throws. The Mustangs made 17-of-23 free throws for a solid 73.9% team mark. SMU basketball did well blocking the Owls shots but needed to take better care of the ball.

The Owls shot the ball well and were able to grab the win as it made it to the free-throw line for 32 attempts. The Owls should have made more though, only connecting on 20 free throws. Temple basketball made it up in the rebounding department and blocked shots. The Owls were the aggressors, and it led to a nice win.

In their second game, they did many things well. The Owls grabbed more offensive rebounds but did not convert enough of them. Temple grabbed 17 offensive rebounds to SMU’s 8. The Owls moved the ball well, turning over SMU while limiting its own turnovers, but couldn’t use that to secure a win.

Tulane basketball swept this week, grabbing a massive win over Tulsa by 34 points and then a nail-biting win over Wichita State, 67-66.

The Green Wave’s first game against Tulsa was a pure offensive show as the team shot over 60% from the field, three-point range, and the free-throw line. Tulane moved the ball well, rebounded, and turned over Tulsa incredibly. The Green Wave did get sloppy defensively as it gave up 18 fouls and put Tulsa on the line for 25 free throws.

Tulane switched gears against Wichita State as they didn’t turn the ball over much and limited their fouls. The Shockers, however, did outrebound Tulane. Jalen Cook was growing into quite the player and was highly consistent this week being a natural leader for this Tulane team.

Tulsa basketball grabbed its first American Athletic Conference win this week, meaning that there is no winless team left in the AAC.

The Golden Hurricane got run over by a scorching shooting day by Tulane, 97-63, and then grabbed a win over USF, 76-45.

Coach Frank Haith continues to build this team as it played well in its first game, but the Green Wave could not miss. Tulsa basketball moved the ball well but also struggled against the Tulane defense.

Tulsa basketball corrected and did not turn the ball over as much, shot it well, and picked it up defensively in game two. USF struggled shooting below 31% from the field and from three-point range and turned the ball over 17 times.

UCF basketball lost both games this week, the first against the Shockers by five and then the Cougars, 63-49.

While the Knights shot the ball well, moved the ball well, and even outrebounded the Shockers, they still fell short. The fouling and turnovers led to UCF’s loss. There were some missed opportunities that the Knights wish they had back.

UCF had a slow start against Wichita State but turned it up at the beginning of the game to compete against the Cougars. While they started hot, the Knights cooled and struggled to shoot the three. UCF really battled on the boards, but came up short, going 0-for-2 on the week.

USF struggled to move the ball and couldn’t make its free throws. They also struggled from beyond the arc. The Bulls created second chance opportunities grabbing more rebounds and stealing the ball away from SMU. SMU turned the ball over 13 times, and nine came off USF steals.

In its second game, South Florida struggled shooting the ball. The Bulls went 16-of-53 from the field and 3-of-18 from deep. They also struggled to maintain control of the ball turning it over 17 times. The Bulls battled on the boards but just couldn’t do enough to come up with second-chance opportunities to keep it close.

Wichita State basketball split the week, grabbing its first win against UCF, 84-79, and then coming up short against Tulane by one point.

The Shockers’ ability to get to the line and make its free throws was indeed the difference in the game against UCF. Wichita State shot the ball well and even caused more turnovers. Unfortunately, the Shockers were outrebounded by the Knights on both ends of the floor.

With a similar issue for the Shockers against Tulane, the team set a new season-high turnover number with 19. The Shockers also were on their heels as Tulane drove and got to the free-throw line 22 times, while WSU only got to the charity stripe three times. This game must be infuriating as Wichita State basketball shot and moved the ball very well.

With not much movement this week, the rankings remain essentially unchanged.