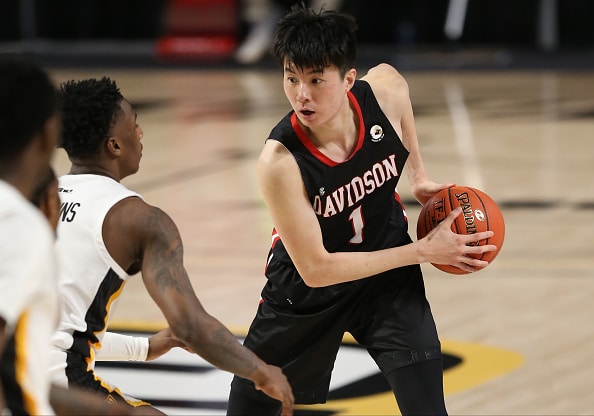 Conference play is in full swing across the college basketball landscape, and mid-major basketball races are some of the best to follow. Here are the week’s biggest match-ups.

First place is on the line in the Ivy League between two league stalwarts. Princeton has emerged as the league’s best team to date, but Penn has gotten off to a hot start in league play. We will find out how much of a threat the Quakers are today.

Wyoming and Nevada have both been surprises in the Mountain West for opposite reasons. The Cowboys got a late start to conference play due to COVID pauses, and this is one of their make-up games. If they want to continue to work their way into the MWC title conversation, they need to win games like this.

St. Bonaventure is coming off an impressive win against VCU, while Dayton picked up a key win over Saint Louis last week. These two expect to be battling it out for the Atlantic 10 title at the end, and this game will go a long way towards that decision. Furthermore, the Bonnies cannot drop many more games with at-large aspirations still a possibility.

This game loomed a lot larger before Monmouth got swept over the weekend. The Hawks are still a good team, but perhaps they are facing the Gaels at the wrong time. Iona is another team that could be in the mid-major basketball at-large conversation by March, and games like this on the road against better league competition are the biggest traps they’ll face going forward.

Davidson flew under the radar in all the pre-season A-10 talk, but are now the top dog. The Wildcats will face their biggest conference test yet on the road at VCU. The Siegel Center is a tough place to play, but it will be interesting to see if the Rams’ vaunted defense can hold up against Davidson’s sharpshooting.

Liberty continues to be the team to beat in the Atlantic Sun, but it feels like there are more teams that have a chance to knock them off this season. Jacksonville is one of those teams, with the Dolphins looking like a different team under first-year head coach Jordan Mincy. This will be a litmus test for this squad.

Campbell was a popular pick to win the Big South in the pre-season, but the Fighting Camels have gotten off to just a 2-2 start in league play. Meanwhile, Longwood just knocked off previous league leader Gardner-Webb to take their own hold of the top spot. The Lancers can solidify their title chase claims by holding serve at home.

Belmont is licking its wounds after a thrashing by rival Murray State. However, they don’t get much time to sulk as they turn around face last year’s OVC Champs in Morehead State. The Eagles are flying under the radar again, but are just as dangerous as they were last season in shaking things up in the Ohio Valley.

Don’t let the record fool you. UT-Arlington got off to a fast start in the Sun Belt, with both of their losses coming in overtime. Meanwhile, Arkansas State is playing well under rebound monster Norchad Omier. Both of these surprise teams want to make their case for being legitimate Sun Belt contenders.

Another surprise has been Cal State Fullerton. The Titans hold the early league lead alongside Hawaii in the Big West. They can make an even bigger statement by going on the road and knocking off recent league powerhouse UC Irvine. The Anteaters will most likely be there fighting at the end, but Fullerton can get a leg up early with a win here.

San Francisco has been one of the best mid-major basketball surprises this season. The Dons are heavily in the at-large conversation, but they can make themselves feel much safer if they can pull of a shocker here. This is a make-up game between the Dons and the Zags, and it couldn’t come at a better time after USF dropped a close one to BYU last weekend.

Another key WCC game goes on in the early west coast time slot. Saint Mary’s is also sitting on the bubble and is largely considered the fourth best team right now. Santa Clara, while not in the at-large conversation, is a more than capable opponent having already knocked off TCU and Stanford this season. A loss for the Gaels wouldn’t be terrible, but it also wouldn’t be surprising.

In-state rivals clash for the first time this season in Toledo and Ohio on Friday. The Rockets were the best team in the MAC last season, but saw their season end short at the hands of this same Ohio group. This is their first shot at revenge, but Ohio is looking to show why they should be the league favorites instead. This should be a great game, and both of these squads can win a game or two in March.

The nation’s largest military rivalry hits the hardcourt for the first time this season. Navy has emerged as the Patriot League favorite early, but Army isn’t far behind them. Neither of these service academies has had much basketball success of late, but both have realistic shots at getting to the NCAA Tournament this season. This rivalry also has major Patriot League title implications at stake.

Winthrop looks like the team to beat once again in the Big South, though Gardner-Webb has announced themselves as a player as well. The Runnin’ Bulldogs can make sure Winthrop knows they’re contenders by coming out of Rock Hill with a victory. Meanwhile, the Eagles can remind everyone in the Big South why they’ve been the team to beat the past few seasons.

Thus far, South Dakota State has been largely rolling through their Summit League foes this season. This is nothing new for the Jackrabbits. What is new is that Western Illinois looks like they could be a contender in the league. WIU is no stranger to knocking of South Dakota State when it matters, and they could at least make a case that they are capable of it again with a win at home in this one.

Welcome Loyola-Chicago to the AP Poll. The Ramblers are once again arguably the best mid-major basketball team not named Gonzaga this season. They have been tested in league play thus far, and this game against Missouri State will be no different. The Bears are underperforming just a bit this season, but Isiaih Mosley is a treat to watch, and could power Missouri State to an upset in this one.

This is a must-watch match-up out of Conference USA. Both of these teams have at-large dreams, with UAB’s looking a little more realistic right now. A shocking loss to Rice has them just behind Louisiana Tech and star big man Kenneth Lofton Jr. in the standings. The winner takes first place, but both of these teams will spell trouble in their post-season tournaments. We can only hope that this is also the C-USA Championship match-up in March.

Neither Drake nor Northern Iowa are where many thought they’d be by late January. Their paths to an NCAA Tournament appearance are of the auto-bid variety at this point, but both have been playing much better of late. UNI seems to have completely turned a corner, and they appear as though they could be the biggest threat to Loyola at Arch Madness if they can keep it up.

The Southern Conference is fun to watch on a nightly basis. Chattanooga knocked off Furman to take hold of first place in the league, but it seems like just about everything else is wide open right now. Furman and Wofford want their own says for a chance at a league title, and this will be an early battle potentially for second place. As if all that wasn’t enough, this is a huge rivalry in Upstate South Carolina.

At-large implications are on the line on the west coast Saturday night. If you’re looking for the perfect game to compliment your NFL viewing, this is the one. San Diego State became the new league favorite after thrashing Colorado State, but Boise State is on the fringes of the bubble. It feels like the league race is more wide open than usual, and the winner here will have the early advantage.

There are no games of interest here, so enjoy the second day of NFL Playoff games while recharging for another slate of games in the new week!