No. 22 Villanova Fights For Win Over No. 15 Seton Hall: Three Takeaways 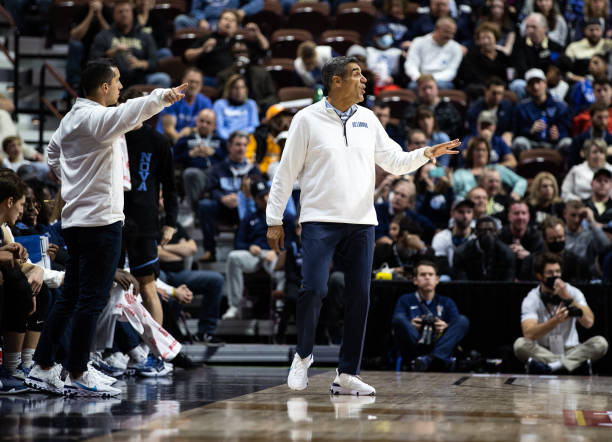 Villanova left Newark with a major win over a diminished Seton Hall team.

For the second straight game, Seton Hall was without two of its premiere big men, as Ike Obiagu and Tyrese Samuel were both out due to COVID protocols. Villanova was without Caleb Daniels as well, but took advantage of the Pirates’ limits down low, for a 67-62 road win.

Collin Gillespie showed his superstardom, firing away for 21 points to lead the ‘Cats. Jermaine Samuels packed the box score, putting up 11 points, 11 rebounds, 3 assists, and 4 blocks.

Seton Hall was led by Bryce Aiken’s 20 bench points. For the second game in a row, Jared Rhoden struggled, finishing with only 22 points. He did shoot efficiently and added 6 rebounds, 3 steals, 2 assists, and 2 blocks.

The Wildcats were able to adjust against the Pirates’ issues underneath. A Jay Wright-coached team is able to win in different ways, and Villanova struggled at their biggest strength, going 6-of-20 from three. But Samuels, Eric Dixon, and Brandon Slater played tough underneath, as Nova outrebounded the Hall by 14.

That’s certainly a quality of a team that will go far in March. Villanova was able to expose what Seton Hall had lacking coming into the game and executed it perfectly.

Takeaway #2: Seton Hall has to find the leader

That leader would be Jared Rhoden. Now, Bryce Aiken was blistering hot in the second half and Alexis Yetna started the game out very commendable inside.

But the Pirates can’t leave its best player, Rhoden, with just 13 shot attempts against a team like Villanova. There can’t be a set number – it has to happen within a flow – but the Pirates can’t afford to not get Rhoden the ball. In a game like that, he needs it down the stretch. Rhoden didn’t take a shot in the final five minutes.

Takeaway #3: Wildcats are getting in a groove

Remember when Villanova started 3-2, albeit with the losses against No. 2 UCLA and No. 6 Purdue? Yeah, that Villanova team is gone. Maybe it was the wake-up losses against No. 2 Baylor and Creighton but it’s now been two wins in a row against top 25 teams. This one came on the road and asserted Villanova back to the top of the Big East as far as who everyone else is chasing.

One thought on “No. 22 Villanova Fights For Win Over No. 15 Seton Hall: Three Takeaways”